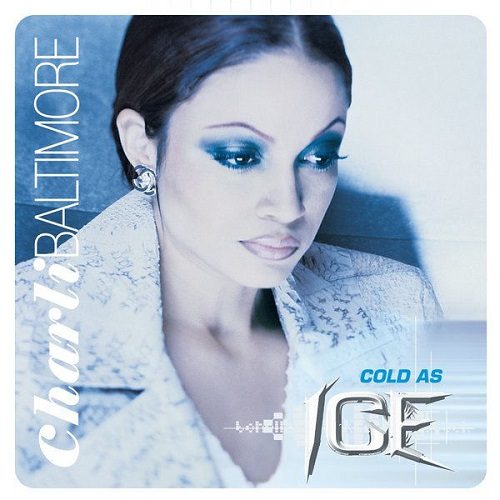 This album should be subtitled “The Hoodrat Speaks.” For about 2 months now, I’ve seen this rat’s face plastered on magazines, in interviews, lookin stank as fuck in her video, telling her sob stories to these magazines, and with every little anecdote, revealing her stupidity even more. Why did I keep reading? The shit was funny, and I was looking for the reason she was picked by BIG himself to flow. There must have been something there, some kind of kernel of talent that could be built up and refined. There was still the outside chance she could emcee, and if she could, I could dismiss all that other hoodrat stank foul shit I see all the time out of Charli Baltimore. Is it in this album?

Her intro, with Un yellin at her and threatnin to drop her from the album, is unintentionally funny, especially this exchange:

They sound real fuckin stupid, don’t they? The beat that comes on for “Angel Dust” is pretty dope, though, and Charli almost, aaaaaaalmoooost makes it work, almost. But she reverts to hoodrat chickenhead shit, and loses it. I mean, she even acknowedges her limited appeal, with the line “Play my cut til my 15 minutes is up.” But she still gets no props for that. I look at the CD to see what’s next. “Stand Up” featuring Ghostface Killah.

Once again, dope-ass beat. And then Ghost and Charli go into detail about fuckin each other. Oooh, this is what dopeness is made of, right? Fuck no. Charli calls her shit classic in this rhyme, as funny a claim as “I know how to rap” in the intro. And then Ghost continues his downward slide into incomprehensible bullshit, as he drops his own set of wack nonsense verses that must make sense to him, at least, going on about the Ironman bubble bath and Magilla. Yeah, I was wonderin what the fuck all that was about, too. Shakin my head at how cats can dig this shit and keep Ghost paid… I mean, Charli outshines Ghost on this track, and we know about her skills thus far. On to the next.

Cam’ron guests on “Keep it Real,” a phrase that I thought got retired about 3 years ago because everyone realized how stupid that shit sounds. My bad, I guess. Once more, we get more “suck my dick” phrases tossed around as both these jokers claim how bad they are on the mic. Nope. And once again, a dope beat. I’m starting to get pissed that these beats are being wasted here. The chicken calls herself the “rap debutante” in this one. Keep those jokes comin, Charli.

“Pull the Alarm” features Billy Lawrence, and I start to wonder if there’s gonna be a song on her solo album that she actually does solo. Guess I’ll keep waiting on this voyage through wack lyrics. Beat is a funky slab of drums and grinding bass. This one is tolerable, while the lyrics don’t really say nothin, they ain’t too abrasive either. The chorus sucks, but that can be overlooked in comparison to the three wack songs that preceded it.

“Everybody Wanna Know” is the one of the only truly solo Charli cut on here, and how does she fare by herself? DAMN this beat is pretty fuckin dope, and it’s because Primo got production credit. But can she hold her own on it? Can’t be worse than Big Shug and Lil Dap did over Primo beats, and it isn’t. While this can’t make up for the rest of the album, this and the song preceding give me new hope that Charli can hold out and become, if not dope, much less wack.

“Welcome to the Tunnel” is yet another wack skit that seems to have overrun almost every album, this one taking place at a club where Charli’s crew gets in a fight, screaming and yelling and eerily sounding like a coop full of cluckin chickens. Hmmm….

“Muthafuckas Don’t Want It” follows up, featuring Tony Dutch and Ace Spade, who bites Cam’ron’s style for whatever reason. Tony Dutch comes forceful, and his tired materialistic shit can be forgiven with his delivery. Chorus is wack as fuck, with Charli doin some irritating Bone imitation. Spade talks about gettin head watchin Chris Rock, and I realize this album gotta lotta dick suckin goin on… I dunno, man. I dunno. The beat doesn’t even hit really, so this track is almost unsavable save Dutch.

“Pimp the One You Love.” Have people forgotten what a pimp fuckin is? Really? I mean, a pimp is that sick cat around your way who gets young girls sprung off some shit and sells her drugged out body for profit. So pimp the one you love? Stupid. “Charli Baltimore, put it in they face,” Eightball raps. Please, Charli, no. As a matter of fact, put some clothes on. The story is blah, and the quick little cameo from Eightball makes me wish I was listenin to some classic Ball and MJG shit. They didn’t confuse this pimp shit with this love shit. The beat glides along, and adds to my frustration that these beats are being WASTED! Damn…

“Feel It” uses a Jacksons sample, the same one Teddy Riley used on the most recent Blackstreet album. To her credit, she flows better over it than Teddy did. But we know Teddy, and that ain’t sayin too much. But this beat is always dope, regardless, and she doesn’t get stupid over it, which after 9 songs, is all I’m hopin for right now. If it came on at a club, I’d be shakin my ass.

“Thorough Bitches” is a posse cut with Rage (Rage! YES!) Gangsta Boo, Queen Pen, Da Brat, and Comstock. The beat, a classic break flipped in a new style, hits nice, and Rage kills this shit. Easily the best thing on this album. Where are you, Rage, come back! Scarlet puts down a nice little verse, Queen Pen shows improvement, Charli stumbles in the midst of all the dope shit goin on, and Da Brat tears the fuckin frame out. I always liked her, especially on posse cuts. Gangsta Boo closes the track out with force, and leaves me noddin my head.

“Infamous” features the infamous, Mobb Deep. So far, excepting “Mothafuckas…” all the beats have been quality, and Mobb drops verses that makes me wanna choke out the Loud Records executives for not droppin the new album yet. Oh yeah, Charli raps on this, too. She does okay.

“They” comes on, with yet another tight beat. This vibe interrupts with Charli bitching about Jealous Niggas and Bitches®. Whatever. I’m sick of these cats with nothin who say muhfucks are jealous of em. It sounds like whinin. We ain’t sick of you cuz you rich and doin things. We’re sick of you cuz you rap WACK! That fuckin simple. This is supposed to be her heartfelt, introspective song, and it’s hit and miss. She starts to draw us into her world, and then snaps us out of it with unneccesary references to suckin nuts and petty materialistic shit. And this is where she finally references Biggie’s impact on her life. Good effort, but didn’t quite get there for me.

“Say Your Prayers” has an appearance from her child. Kinda cute, which makes it wwaaaaaay outta place on this album. I liked its simplicity though.

“Have it All” has a corny keyboard line as the basis for its cheezy “sentimental” feel. She cannabalizes another 80’s song, has Jenny Fujita and MissJones ruin the chorus, but the stories get across her feeling by themselves. If the track was remixed, maybe it’d be good. But it just reeks of that commercialized mourning that Puffy has copyrighted, not quite sincere, and more aimed towards pulling your heartstrings than conveying actual emotion and feeling.

“NBC” follows, a track that’s been out for a while, with Cam’ron and Noreaga displaying wackness for the world to see (what what what what) Almost clever, and the beat is serviceable, but another case of close but no cigar. “Making Love” is up next, with a plinking guitar line goin, and she coos along in an attractive vocal tone, up until she gets to the part where she asks to give head and get fucked in the ass. But still, in its nasty perverse way, I dig this shit. A nice balance of smooth and foul. But still, she overdoes it, and this shit is too fuckin nasty for me, but the reference to “Suckin on my a-cups” had me laughin. Straight Porno rap. For all these guest appearances, where the fuck was Too $hort on this album?

“Wake Up Bitch” was a wack interlude that sets up “30 Miles from Baltimore,” a weak-ass retellin of the plot of “Long Kiss Goodnight,” an infinitely better movie than this tripe. She somehow manages to work an assfuckin reference into this song, along with an 80’s sample of “Broken Wings.” Rent the flick, don’t buy this album.

And that’s all that I can say. I mean, I had a negative opinion of the skills she has before I popped this CD in, but I set that to the side, hoped that all the materialistic wack shit she spit beforehand was studio crap. The stories that Jadakiss wrote that God-awful “Money” track made me think that if she could write herself, maybe she could show me somethin. But she didn’t. I think back to the intro, with Un sayin, “Yo, I should drop this bitch.”

Yeah, Un, you should have.