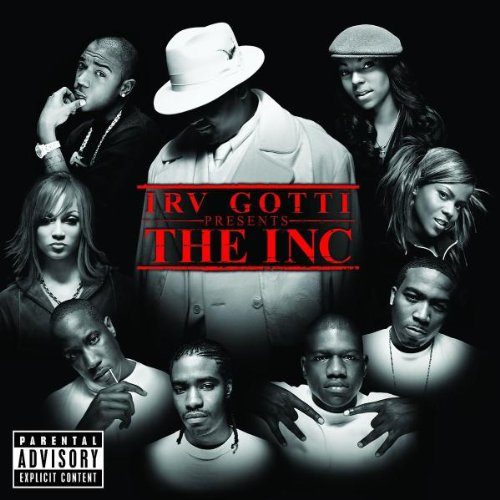 At certain moments in time when rap music and pop music intersect culturally to give birth to a superstar, his or her songs and cameo appearances on other people’s songs seem to be all you hear on the radio. Throughout the 1990’s we went down this road time and again with the likes of Busta Rhymes, Tupac Shakur, Nas and Redman among others – all of whom eclipsed their fame in hip-hop to become international icons, movie stars, and even power brokers whose clout could get their friends record deals and a subsidiary level of fame all their own.

What’s truly rare is to see one such icon so successfully pass the torch on to another artist who can rise to the same status. Rah Digga doesn’t eclipse Busta Rhymes in power or influence despite being just as talented (and perhaps more) and likewise The Outlawz have never surpassed Tupac Shakur despite a loyal fanbase that guarantees their albums will always sell – just never at his platinum levels. Irv Gotti’s click The Inc faces the same problem. Their principal star Ja Rule has already used his clout to introduce us to “The Murderers” on a prior album, and key members of this group such as Black Child and Caddillac Tah (formerly Tah Murdah) are now part of the bigger posse. Irv Gotti and Ja Rule have worked to bolster the roster by drafting star power talent like singer Ashanti and femme fatale rapper Charli Baltimore in the hope that bigger is better.

It may now be somewhat confusing to observers though who the real power broker is in this team: the formerly behind-the-scenes Irv Gotti who is now suddenly interested in sharing Ja Rule’s limelight, or the ubiquitous Ja Rule whose numerous radio hits and guest verses on songs created the power to introduce crews like The Murderers and The Inc in the first place. This album is billed as “Irv Gotti Presents” though, so for the purposes of this review we’ll liken The Inc to the 1926 New York Yankees. Clearly the principal star of this team was Babe Ruth, and like Ja Rule he was the man that the fans paid to see. Future Hall of Famers like Earle Combs, Lou Gehrig and Tony Lazzeri were more than supporting players though – they were stars in their own right, just stars that had a hard time rising higher or shining brighter than Ruth. Only Gehrig is as well remembered as Ruth 75 years later, and unfortunately that’s as much to do with the crippling disease that now bares his name as to his stellar accomplishments on the field. One can only hope The Inc’s membership will fare better.

Clearly if The Inc has supporting players capable of taking the team all the way to the World Series, those stars are most likely to be the team players like Black Child and Caddillac Tah who have been down for the long haul. In any song on this compilation featuring more than two MC’s such as the nearly five minute long “Ride Wit Us,” these are the rappers who stand out. This isn’t to say artists like Merc and Ronnie Bumps aren’t good utility players, but they’re expected to make the sac fly and advance the runner. Two or three of these peeps could be traded for one veteran from another team, and in reality this is the role Charli Baltimore plays. Having always been underrated by the industry simply because she was B.I.G.’s protege (and chick on the side) she gets the chance to show off her home run swing on songs like “Down 4 U” and “No One Does it Better.” Unfortunately Irv Gotti probably mismanaged her due to the fact she only pinch hits on three songs – a seasoned veteran such as her could and SHOULD have contributed more.

Gotti provides more than just management for his team – he also helps with the beats on all 16 of the tracks in tandem with either 7 Aurelius or Chink Santana. “O.G.” by Gotti and Milwaukee Buck is one of the few exceptions to this rule, and it’s general weakness proves it an unsuccessful experiment. DL and Irv Gotti’s “1 Hearse, 2 Suburbans” is only slightly better. Strong tracks include the hardcore piano driven “Gangstafied,” the darkly ominous whistling sound of “It’s Murda,” a crooning Ja Rule on the hook of “The Rain” and the sequel to a Murderers song featuring damn near EVERYBODY in the crew entitled “We STILL Don’t Give a Fuck.” For some reason, the Jennifer Lopez remix “Ain’t it Funny” was also included; a track I have to personally confess still angers me because it rips from Craig Mack’s “Flava in Ya Ear” musically AND lyrically.

If you know baseball history, you can probably guess where the analogy of the 1926 Yankees was going. Despite winning the American League pennant with an 89-65 record, the Yankees still lost the World Series 4 games to 3 to the St. Louis Cardinals. Ja Rule on his own could conceivably carry this team all the way to the playoffs, and with some of the future stars who are his teammates playing their roles too they can definitely advance to play in the championship. At this point, they simply run out of gas. Despite a generally high level of musical production, too much repetition of the same themes (guns, money, drugs and high living) becomes predictable enough to strike them out each time. On “Irv Gotti Presents – The Inc” they go down swinging, and they may even have the potential to win it all NEXT year, but they’re clearly not there yet. The Murderers have upgraded enough to have the potential to be winners, but they still need to iron out the kinks first; and sadly enough they’ll have to realize they’ll never eclipse Ja Rule – even Gotti himself.