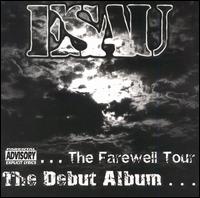 One out of every hundred albums achieves something unique in rap: a combination of musical headnod beats, humerous self-humility and introspection, and a display of incredible passion for the art of hip-hop. Even albums that come eighty to ninety percent close to achieving this trifecta are usually hailed as classics: albums such as OutKast’s “Aquemini”, Public Enemy’s “It Takes a Nation of Millions” and Nas’ “Illmatic”. What’s interesting about the naming of classics though is that invariably they are chosen from major label albums with widespread distribution.

Arguably, that’s only fair since to truly be “classic” an album should be hailed by a MAJORITY of hip-hop heads; and if only a minority know the artist or album how can it be classic? Well imagine Public Enemy had their fight with Def Jam in 1986 instead of within the last two years and left the label for greaner indie pastures way back then. Suppose that “Millions” was released exactly the same way and nobody heard it – aren’t the tracks just as dope and Chuck D’s words just as hard hitting? Esau’s “The Debut Album.. The Farewell Tour” understands the contradiction and ironically may in fact be a victim of that same phenomenon. Esau won’t be found at Blockbuster and his video probably won’t be on BET’s Rap City but that doesn’t make his album any less profound or enjoyable.

In terms of the minority audience that Esau’s songs to date have already reached, they are in fact “classics”. This group can claim as a subset to be “underground” and Esau is popular with a majority there even if they’re a minority of the whole. That tension is not only embraced by Esau, it’s exploited – he actually questions what it means TO be underground IN the song “Underground?”

With production from PhatBoy of The Nobodies and a variety of others including Damaged (remember Yaggfu Front?), MK Ultra and Da Wizard, this album swings along with incredibly irony as Esau consistently questions what it is to “keep it real” and whether it’s worth it to do so even if it would get props in hip-hop. When is the last time you heard a song called “I Hate” addressing making minimum wage while Congress gets a raise? “Boo” even encourages Esau’s own audience to diss him (hence the song’s title) and “Esau vs. Blackmel” is some of the funniest dozens on wax since Pharcyde’s “Ya Mama”.

By the end of the Esau’s album you really will feel like you’ve been on the Farewell Tour – he makes a stop at every boulevard of hip-hop from the Dirty South all the way to the T dot O dot with guest appearances by Yaggfu, Danja Mowf, and Equinox along the way. As a hip-hop fan I embrace and am dismayed by the contradictions of an incredible album that really is a “classic” that may never be heard. Esau constantly cracks me up with snaps like “I love hip-hop more than Tevin Campbell loves semen” and yet makes incredibly touching (and a bit twisted) songs like “Me and My Baby” where he professes his undying love for a girl he met in the sandbox who turns out to burn him and yet still staying loyal to her even when it endangers his life and health.

Quite frankly, Esau may just be too good to be believed; and that’s a damn shame. Listening to this album now makes me feel how heads must have felt who listened to the original Ras Kass version of “Soul on Ice” before Patchwerk and Priority cut it to pieces and took out anything they couldn’t clear. Hopefully Esau’s album will fare better. Hopefully as many hip-hop heads as possible will hear this album. But most of all, hopefully Esau won’t give up if nobody buys this album.