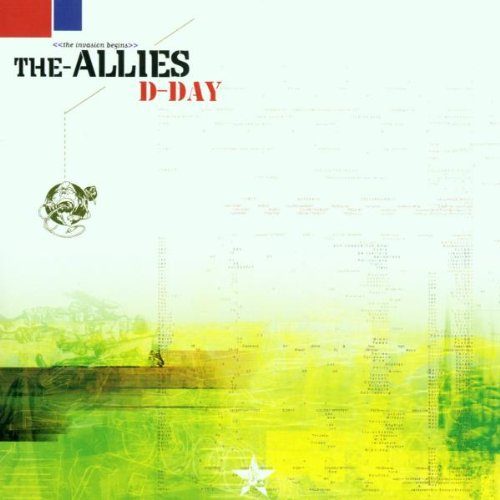 Hold up, hold up, and hold up some more! What the hell is – this an EP? I waited all this time for a twenty-six minute EP? All hell naw! (EDITOR’S NOTE: LOS started “Fight Club” right there in the record store.) Motherfuckers!

After enjoying my first Fight Club session in the record store, I went straight home to express the joy of having my very own copy of D-Day. The invasion begins with A-Trak, Infamous, Craze, Develop, Spictakular, and J-Smoke. Now, you and I can see that this lineup is rather lengthy. The thoughts that come to mind are, “Can these cats do away with the ego trippin’ and get the job done?” And of course, “How long will these brothas stay together as a group?”

Shit, we’ve seen DJ crews come and go over Hip Hop’s brief life span. What’s going to be the glue that keeps these cats around? The only way for this ensemble to fall by the waist side would be to cut their hands and feet off at the joints. (I think they got a trick or two over any hooded ‘executioners’ or strange ‘pickles’ in the area. But that’s just me.) By this time I’m at track 5 where I’m interrupted by this upset voice that jumps out from the background and let’s the world know a lil’ something – cat named Mayhem.

“Go ahead, start ya gossip, I’m something new, right?
Like I give a fuck!
[…]
I’m taking respect, fuck earning
Burnin’ MCs with one bar, a star in the making
You’re second place
You say you rap better? Do it face to face
Answer you back with a cipher
Burn ya rhyme, vocal de-lighter”

I’ll let you step to this kid about not liking his flow. Then I hope the Allies put that shit on wax for all to enjoy.

The-Allies are young, but well seasoned. You have all kinds of history in the making right here. Champions, contenders, battle practitioners – whatever you want to call them. The fact of the matter is they will bring the noise to ya set with the turntables. Each member produced a solo track, while they got together and produced three as a group. The formula works well. My man Craze dropped some of that real dark bass usually favored by Jungle artist. Infamous plays with some heartbeats in surround sound (that fuck ya whole head up) while A-Trak and Develop tweak the shit outta their fader switch. J-Smoke, well, let’s just say he’s “Ready For War.” A good think happen next – “Live Session II.” Heavy guitar, echoed rantings of some poor soul, the Biz’s throat clearing, and a sarcastic chuckle. Creating a “You don’t want to fuck with us” by The-Allies.

I appreciate the way different bass drops and vocal samples were used to create this joint. The vibrations from some of the cuts are not like other DJ sets. Remember how on Rob Swift’s ‘Soulful Fruit’ he had this piece that stated, “â€¦Man, a scratch is a musical note. That shit should be taught in schools.” Remember that? Well, I think someone took that idea and has been holding class in one of those “accelerated” type settings.

One thing I have to throw out there. Yo, Infamous; you ripped that shit during Hip Hop week on that ’empty’ channel! As far as not getting their approval, feed on that shit son. Scratch on!