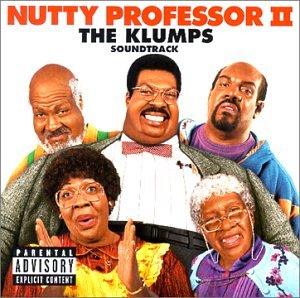 Anytime you put together a soundtrack with the likes of Janet Jackson, Jay-Z, DMX and Eminem it’s pretty much guaranteed to be a hit.. right?

Well, the album will certainly be a bestseller on the charts – and the songs for the most part will justify this response; even though it’s hard to imagine what they have to do with the movie. Other than Janet’s “Doesn’t Really Matter” – a song which reflects the attitude of her character in the film toward Sherman Klump (love is blind) – the songs are all over the map.

Jay-Z’s “Hey Papi” sounds like an outtake from Timbaland’s “Bio” album – a guaranteed Tunnel banger. “Even If” by Method Man is a suprisingly nice mix of uptempo rhythm and grimy Wu sound reminiscent of his solo debut on Wu-Tang’s first LP. After DMX’s “I’m Gonna Crawl” and Eve’s “Let Me Be” (the latter is the better of the two) the only other raps to be found are Eminem & Redman’s humerous duet “Off the Wall” and a new version of Sisqo’s “Thong Song” that is EXACTLY the same other than squeezing in a short rap by Foxy Brown. Maybe this song is Buddy Love’s anthem? If you choose to count it, there is also a short “freestyle” closing the album by LL Cool J.

It’s hard for me to speak with any expertise on the majority R&B content of this album; other than to say that it doesn’t tend to annoy me as much as what gets played on modern Top 40. R. Kelly’s “Just a Touch” has the class of his better songs and none of the crassness of the “Half on a Baby” mistakes he’s made. Case’s “Missing You” could become a late-summer lovers’ anthem for heartbreak; while newcomer Shorty 101’s “Get With Me” manages to cop the Backstreet Boys/Christina Aguilera sound which will undoubtedly make it a hit in dance clubs and teenybopper circles.

“Nutty Professor II: The Klumps” works by not being overambitious in it’s scope, although purists will surely bemoan it’s total indifference to the actual film as much as I did the lack of rap talent after the star-studded hip-hop soundtrack of the first flick.