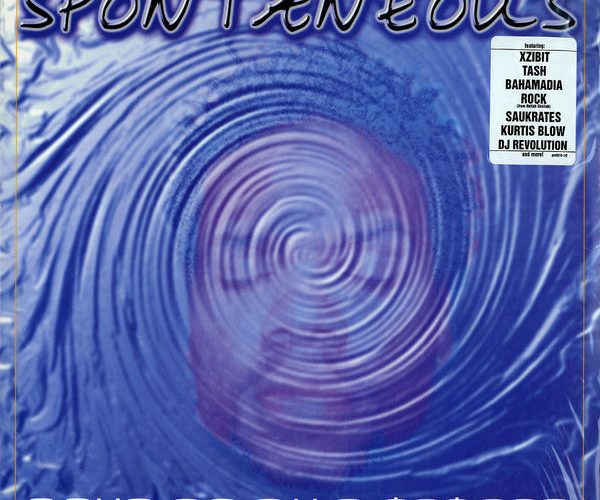 Spontaneous :: Spur of the Moment Musik

Talk about tooting your own horn! It’s been a long time since I’ve heard an MC as confident as Spontaneous. I mingle around in some big circles, but let me tell ya, I’ve never heard anyone wanting to put me on to a Mr. Lavella Palmer. By appearing on GoodVibe I’m going to presume that he’s done some time in a cipher or two on the west coast. The cat is witty with the word play to say the least.

I can’t help but come to compare his whole vibe to that of the sound coming from the Organized Noize/Dungeon Family. Who specifically you ask? Hell, take ya pick. One minute he’s Big Boi, the next he’s Khujo, then he’s off into some Andre. Which may turn some of you on and more of you off. Going on how the last two projects from that camp didâ€¦ You get the idea. In any case you’ll swear you’ve heard him before; and since his song “Grits ‘N Butta” was featured on a soundtrack in 1999, you may have.

Word of warning to the listen and to future lyricist: Using the same drum machine/programming board for your entire LP is not a good thing! I don’t care how tight you fell your lyrics are. I also don’t believe that a few guest appearances will keep your LP in heavy rotation. If the music (or musik) is bland, you’ll be lucky to re-cop the money you borrowed to put the project in motion. The whole Spon/Spawn concept is lost when the lap sounds like one long ass song with commercial breaks to keep one from hitting FF.

There are plenty of one-liners available for the dedicated battle rapper, but that is about it. The glue isn’t present for entire songs from Spontaneous. The whole ‘brag-a-docious’ approach isn’t going to carry you for 15 cuts and 7 skits. Give me a good flow. By that I don’t mean repeating your chorus two or three times in the verse is adequate. Asthete’s calm voice in “Asthetic Poetiks” provided some necessary variance from the hyper attitude laced in the previous tracks by Spontaneous. She gave some insight as to where Spontaneous is coming from via Webster’s Dictionary.

The only time I really got a good head nod in was when he shared track space with a guest MC. Xzibit, Saukrates, Rock, Tash, Bahamadia, Roman Numeral & Xtrakrdt and spoken word stylings from Asthete lend their assistance to keeping “Spur of the Moment” afloat. Along with some needed track spicing from DJ Drez, and DJ Revolution. Most or all of this precedes the truly disrespectful “Krush Groove 2000” featuring Kurtis Blow and DJ Phyz Ed. I damn near broke my ‘phones trying to get that sound out of my head! Like most of the twenty-two listed tracks, there is a great deal of concept, but very little in the depth department. There wasn’t enough time spent in the lab on this one. A truly Spontaneous effort.