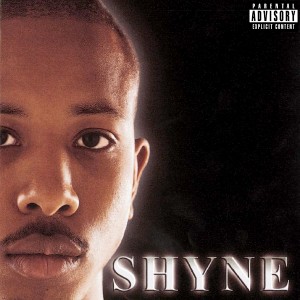 Status quo among the cliches of today’s rap pharmaceutical entrepeneurs (read: drug dealers) is they are the true victims of society’s ills. Why do I sell crack, they ask? The answer is that we are all at fault. Racism, society, impoverishment and lack of opportunity put the coke in his hands, the gun in his waist, and the finger on his trigger. He’s just doing what he has to do to survive – it’s not evil, it’s just real.

Somewhere along the line, reality got bent a little. It’s probably not fair to take this problem out on Shyne; Bad Boy’s newest prodigy and a Johnny-Come-Lately who has been accused (and not inaccurately) of sounding like the late Christopher Wallace b/k/a/ The Notorious B.I.G. Regardless of who he sounds like or what he flows like though, his emphatic proclamations in the “Dear America” intro that “I’m only what you made me – young, black, and FUCKIN CRAZY” require rebuttal. Tupac Shakur made similar fatalistic victimization fashionable, but Shakur also injected it with nihilism that clearly stated playing the victim was akin to becoming the walking dead. The contradiction between his fiery passion to live and the bleak outlook that death was inevitable because he was a young black male was the fuel that fired all of his best works.

Hip-Hop seems to slowly be losing touch with that gritty realism – the kind of gut check that rappers like Scarface, Ice Cube, and Schoolly D routinely put in their lyrics. Nobody said being gangsterous wasn’t fun – living life with no consequences is a roller coaster ride, but eventually it slams to a stop and you get thrown off. That’s what’s so perplexing about Shyne and other rappers of his variety – there are virtually no repercussions. They sell narcotics, they shoot rivals, they slap up women, and they live in a fantasy world where it’s all okay because they are victims of society; so hey, it’s only payback for being wronged. If you play the victim though you will GET victimized. If Shyne is what America made him, then he is nothing – which contradicts the very “bling bling” he professes is a Bad Boy thing. Here he is constantly professing that he is not the victim; that he is in control of his own world, and financially successful within it. The contradiction of logic is easily solved by changing the equation – Shyne isn’t a gangster because America made him that way, Shyne CHOOSES to be a gangster because he enjoys the money and the power REGARDLESS of the consequences of his acts.

Now facing charges for at least three counts of attempted murder in relation to a club shootout on December 27th of last year, Shyne may in fact have a lot of time in prison to reflect on the same realities he fails to acknowledge in his raps. Life it seems has an ironic way of providing consequences for your actions even when you live like you are above them; and in his raps Shyne certainly does – the club hit “Bad Boyz” being no exception.

“It’s a G thing
Me and Puff in St. Bart’s, set it off
Bitches walkin topless with G-strings, menage
Bust shots at your crew, another charge
as the gulf stream fly through the fog”

Another charge? Hardly one. If Shyne committed all of the fantasy acts he raps about on this album, he’d have long since been a victim of manditory minimums and life sentences. He repeatedly makes threats, shoots rivals, snorts cocaine, and sells drugs to everyone. In “Let Me See Your Hands” he even calls himself “America’s number one dope man.” Word? You got it like that money? Why are you even wasting time rapping then? Oh, obviously you aren’t – with that money you would have beat the charges, or hired somebody else to do the hit, or paid bail and skipped town to a country with no extradition treaty. Only in the mind of his own fictional self’s eye is Shyne any sort of criminal kingpin. Somehow though he comes the victim again on “That’s Gangsta”:

“Rich is, my only reason for bein, shit
I never had hope, until I sold dope
Drug game is infectious, got me livin reckless”

Aside from the obvious sins this song commits (it jacks the beat to The D.O.C.’s “It’s Funky Enough” and re-interprets the second verse of Rakim’s “I Ain’t No Joke”) the completely contradictory concepts here are way off base. Will the real J. ‘Shyne’ Barrow please stand up? Are you the victim or the aggressor? The kingpin or the cog in the system? Nobody can tell which way his wheels are spinning, and the result is that the high-test engine provided by the Bad Boy label and beats is just being run ’til it overheats and the block gets cracked.

If you ignore the fact that Shyne constantly lifts from lyrical hip-hop history (by Slick Rick and KRS-One among others) and the seeming contradictions of his worldview, the album does have some musical merit. As a vocalist Shyne’s tones are pleasing, and the spacing of his cadence draws in your attention. Shyne is not the most clever rapper but the occasional “you say nothing, like a mime” punchlines help break the monotony of his choice of topics: drugs and the slanging thereof. Choice beats on various songs like “Whatcha Gonna Do”, “It’s OK”, “Get Out” and “Commission” spark the album where other means fail; but overall this product comes in around “average.”

This album lacks the charm of the year’s earlier Bad Boy rap release by Black Rob. Where on “Thug Story” Rob’s simple and straightforward narratives were laced with fat beats and ample guest vocals, Shyne attempts to hold down almost an entire debut album on his own relying solely on his flow and the quality of his voice. These are bad ideas, decently produced and well packaged. There is no unifying theme to this album other than the fact Shyne (or his rap persona) is a flossy criminal. He may have bigger guns in real life but lyrically they sounds smaller in comparison, and this album will not be the one to resurrect Puff’s quickly forgotten empire. To be brutally honest, if Shyne catches a case and goes away for ten years, he will not be missed the way Slick Rick was or MF Grimm is. He will be forgotten. There is simply nothing at all compelling about his raps or this album.