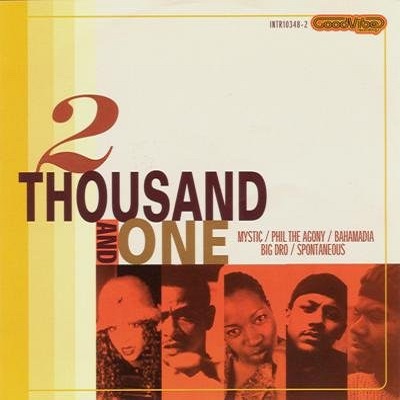 A million and one niche labels. A million and one niche labels. A million and one niche labels in hip-hop today. The corporate music industry consistently causes the growth of basement studios and indie imprints by being anathema to an artist’s success through bad record daels and poor promotion; then they turn around and try to buy out any small time shop that manages to catch lightning in a bottle with something hot. The behemoths of the business are so desperate for talent they’ll even offer to give a regionally popular artist his OWN niche imprint with major label distribution just to land the big fish. Those indies who stand alone play a dangerous game of trying to generate enough interest in their imprint to stay afloat, while keeping the artists signed happy even when the payouts are low, all while having to shop for one distribution deal after another just to get their albums into stores nationally. If any label ever got an A for effort on all of those marks it would be GoodVibe Recordings. Their roster was chock full of rap talent from underground favorite Phil Da Agony to up-and-coming female MC Mystic to super producer Chops. Hip-hop historians will note that GoodVibe were the first to put “Fantastic, Vol. 2” by Slum Village into the hands of hip-hop fans worldwide. What did all of that hard work, dedication, and incredible roster of talent get them? Not much. The label doesn’t seem to have released anything since 2004 and their website seems to be defunct, vaguely promising to “be back better than ever” with no timetable for return.

As such “GoodVibe Recordings 2 Thousand and One” is a snapshot to a moment in time when the label seemed poised to become the next big indie, and songs like Mystic’s “Current Events” suggest they were ahead of their time even in 2001. DJ Revolution cleverly stitches together scratches including choice samples from Jeru the Damaja, Chops blasts out a boom bap beat and Mystic rips a verse that puts her on par with lyrical greats like Jean Grae.

“Yo boo what’s your budget, did you top a mill?
Give up half your pub, that’s a fucked up deal
And it’s almost funny but… not really
Shoulda studied the biz ‘stead a tryin to be pretty
And them cat’s who write your rhymes, give ’em my respect
It’s damn near a crime the way dough changes credits
and edits – monthly mags and reviews
They did a good job; couldn’t miss ’em pimpin you
And them songs you on, how much you say you see?
I might get 1% of that and still flow for free
But, I’m a goddess with a true school foundation
You got a bowl of poison tryin to feed the nation
I feel your hesitation on relatin to me
If you skippin this track you not hatin on me
You just havin a moment where my world’s too bright
But you supposed to do that, it’s only right”

Some of the cuts on “2001” are just as important historically as they are musically, not the least of which is Bahamadia’s “One-4-Teen (Funky For You)” remix by (and featuring) J Dilla. Others feature hip-hop artists who can at best be politely called OBSCURE, such as Big Dro’s “Until We Die.” Zinn Deadly gives his song an undeniable West coast thump that makes his aggressive flow a comfortable fit next to the likes of Ice Cube and Mack 10, and there’s no doubt Dro had some musical potential that was never realized. That’s not to say there aren’t a few duds on this compilation though, most notably the raps of a cat named Spontaneous who seems to be anything but. He’s helped out by being presented in remixes but none of the guests on the updated “Wannabaddle” are notable while “Phone Tag” could use far more of Bahamadia as a guest MC. Props to Spon for the beat on the latter track though, it’s self-produced and pretty damn good. The album’s most memorable track is the A-Plus produced Mystic track “The Life,” singing and rapping a cut which got a surprising amount of crossover play back in the day and ALMOST blew her up big time. Almost. Damn.

At only eleven tracks long the album moves along pretty fast, so even the occasional dud doesn’t hold down the majority of dopeness found within. Some songs succeed almost despite themselves. Phil Da Agony slobbers all over the mic like Daffy Duck rapping on “Watch Out” but the charismatic rap and Joey Chavez beat keep the presentation from derailing. It’s a shame the same can’t be said of Goodvibes Recordings, a label with seemingly everything going for it and a mad deep roster of talent that faded away into time without even so much as a parting shot at the industry. It’s possible they might restructure and return someday, and it’s also possible it would be completely irrelevant if they did given all of the artists found here have moved on (at least one to a higher plane of existance). If you can find this album in a cutout bin though pick it up not just for “The Life” but for the opportunity to hear tracks like the ethereal Amp Live Remix of Bahamadia’s “Pep Talk” or the rap career that never was on Big Dro’s “Count Skrilla.” It’s slightly above average as compilations go but it definitely puts the year “2001” into perspective as a time when hip-hop still seemed to be a little less corporate and more personal.