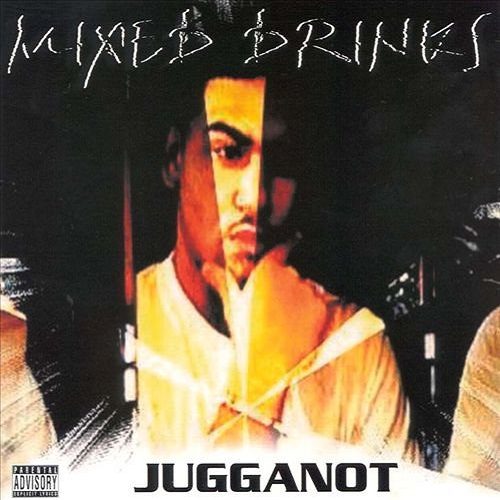 With independently released albums the outcome is never a sure thing. In some cases you have an artist’s mixtape appearances or music videos to go on – but that’s not the case for Jugganot. Sometimes you have an independently released single or twelve inch to go on – that IS the case for Jugganot. Volume 010 of the “Singles File” referred the “Shake It” single as “show(ing) a lot of promise.”

The time has come for Jugganot to deliver on that promise; and “Mixed Drinks” is his label’s response. A surprisingly deep twenty-three tracks long, this album offers a lot of different chances to feel Jugg’s flow and the production of Urban Spear Chuckas. Many of these cuts won’t do it though. “1 Way Out” has a repetitive calliope beat that quickly gets tiresome and makes the chorus a welcome relief. “Young Gun World” is slightly better, but Jugganot is not blowing away heads with his “life is a female dog” similies (that’s actually what he says) and the bite of Slick Rick’s “Hey Young World” for the chorus.

You gotta give it to Jugganot, he keeps on coming with it. Neither the production or the rapping is completely amateur, but nothing here would overwhelm a DJ to get him many spins on radio, Bobbito, or an around the way mix show. “Win Lose or Draw” and “Coast 2 Coast (Border 2 Border)” would come the closest, especially the latter’s uptempo beat and a flow that catches your attention even if the lyrics are typical underground rah rah. The already released “Throwing Spears” and “Shake It” are on here and both are seminally okay for New York rap – a little bit reminiscent of a Jadakiss b-side or a rap by Big L dickrider Stan Spit. The “Hispanic Punch” is flavorful but probably suffers for having come after songs like “Senorita” by Puff Daddy and “Got it All” by Eve and Jada. The problem here isn’t that Jugganot or his label aren’t serious about having him be the “next thing” in hip-hop, it’s just that this long album taken as a whole is a little bit underwhelming. You almost want to tell them to take an obvious bite of something well known musically to make this shit have more kick.

Take “Time Afta Time” for example – if you see this song title on the album and you’re older than 21 you’re probably gonna think of the Cyndi Laupher song by the same name. In fact if they had jacked the beat, re-interpolated the hook with a guest singer, or used ANY part of that track as a sample, this song could have been better. Instead it’s forgotten as quickly as it’s played. There’s always a good reason for being independent: control over your product, artistic creativity, and the ability to experiment with material major labels would never support. Perhaps that’s what Jugganot and his crew need to realize. Instead of generic backpacker rap songs like “Open Mic” and weak attempts at Southern bounce like “Texas Ballers” and “Game Over” they should do something REALLY different. We said before Jugganot had promise; and he still does – this album just fails to deliver on it.