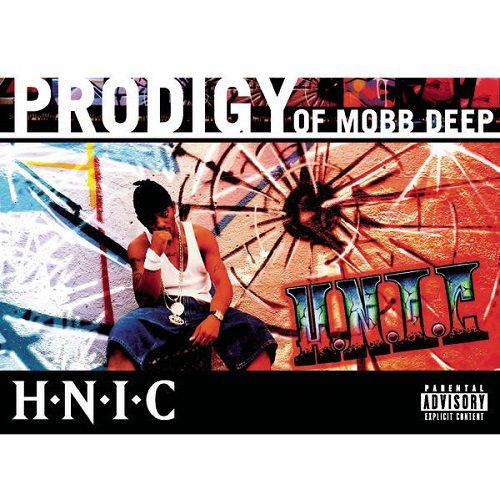 As we are occasionally prone to do at RapReviews.com, I’m going to drop the bullshit “third person” and give it to you straight. First of all, I’m a Mobb Deep fan. Have been ever since my man Bubu Demasio sent me a mixtape with the Large Professor remix of “Peer Pressure.” It was a joy and a blessing to see them graduate from “Juvenile Hell” to “The Infamous” to “Hell on Earth”; each album representing an older and wiser Havoc and Prodigy with tighter rhymes and darker beats.

Along the way, two things happened. First of all I got tired of getting random e-mail from people who websearched for Prodigy and got my Mobb Deep web page. They go bitching at me about how he’s not the REAL Prodigy because they’re this techno/house group who recorded “The Fat of the Land.” Motherfucker, is it MY fault they both have the same name? If you wanna talk real, I’d take the rapping, thuggish Prodigy over the dancing, techno one. Secondly, the rumors that P was leaving Mobb Deep to go solo kept getting louder and more nasty; and when I heard the (surprisingly) underwhelming “Murda Muzik” album I began to wonder if the inevitable hip-hop group breakup was coming soon to a Queensbridge project near you.

This album then should be good news on both fronts to long suffering fans – Prodigy has dropped a 22 track long solo to erase the doubts “Murda Muzik” created and Havoc is still working with his man both behind the boards and on the rap. If you weren’t assured by Havoc’s work on this solo the liner notes advertising their feature length “Murda Muzik” movie should remove any doubt they plan to make moves together now and for the foreseeable future. Not that anybody should have had any doubts when they first heard “Keep it Thoro” on DJ Clue’s “Backstage” (included here) but now you know, Prodigy’s on some next shit.

Right from the dark and moody “Bars & Hooks” intro into the “Genesis,” you’ll be feeling that real Mobb Deep shit, that shit you can’t fuck with. Prodigy is not pulling any shorts here – he straight up explains where he’s coming from:

“.. but you got to understand how I feel
The pain and the hardship it took to build
Years of frustration, some got killed
Others fell vic’ to the gates of steel
Most try to instill sanity, still
stuck on this rock where we don’t belong
I wanna go home, not sing this song
but I’m forced to perform speech napalm”

Prodigy roots the heart and soul of his darkly spoken, moody raps in the pain of the ghetto – which makes listening to a good Mobb Deep album or a solo Prodigy album a slice of a walk through hell. At the end of 66 minutes the clouds break in the +Quiet Storm+ and Prodigy has shined light on the darkness in his hood. Various guests help him find the calm at the eye of the storm throughout: Noreaga on “What U Rep”, Big Noyd on “Infamous Minded” (a remake of a 1986 BDP classic), Cormega on “Three” and even B.G. of the Cash Money Millionares on “Y.B.E.” This might even be the best track of the album – Prodigy produces a smoothly moving joint with piano tinges, lays the rap down smooth, and B.G. sounds incredibly tight on this East coast style underground hit.

Despite the declaration on “Diamond” of how big the album will be (that’s RIAA certification for ten million sold), it won’t matter whether this album sells two hundred thousand, two million, or twenty mill’. The important thing is that Prodigy made the solo album his Mobb fans would have expected – a joint with all of his rapping strengths and making very few mistakes. Some might say the Ric Rude produced “You Can Never Feel My Pain” is too smooth, but I’m feeling it right from the first bars right up to when he says “1974 motherfucker I was born with pain” (that’s the year I was born too). Some might say Havoc’s absence takes away from the Mobb-ness, but on the contrilli it sounds like he got completely down with it to let his man shine and get the long overdue recognition P deserves. Besides that, he’s on “Wanna Be Thugs” and “Delt W/ the Bullshit” (a positively eerie Havoc beat) in pure Mobb form. Let’s be real here – this album is probably not for the people who aren’t already Mobb Deep fans or the people who think “Prodigy” is that techno group. If you’re down with Queensbridge, and the Mobb-phonics, this is for you. And if you didn’t already figure it out by now, Prodigy IS the “Head Nigga In Charge.” Go cop that.