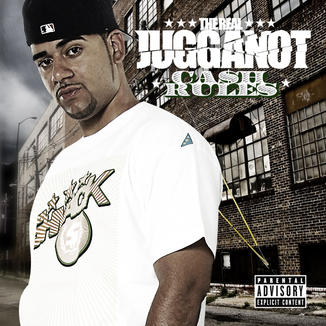 Readers, a brief warning: I’m going to make some sweeping statements, broad generalisations and some random references throughout this review. I’m going to assume you know what I’m talking about. And even if you don’t, I’d appreciate if you attempt to understand the moral of this little play – really, it isn’t all too difficult to understand, give yourself some credit. You see, this is a tale of two footballers (also known as soccer players) who reside in England. One of them still plays; the other retired a few years back. One of them was supremely talented; the other more modestly so. And this is how it relates to hip hop, and subsequently, this album.

The supremely gifted footballer goes by the name of Matt Le Tissier, and he played for a small top division club called Southampton – you recognise the place-name, due to that being where the Titanic set sail from. Now Le Tissier was a one club man – he was such an incredible player that he was regularly courted by all the big teams, but he steadfastly refused to leave. He was so important to the team that he, at times, almost single-handedly kept Southampton afloat – saving them from relegation year after year. His legend grew exponentially, and he was loved by locals and neutrals alike. His skill and talent was unquestionable; his loyalty was admirable. Yet, inexplicably, he never really got the chance to play for England, his national team – the pinnacle of a player’s career. He never even won a single trophy.

The more modestly-skilled footballer is called Gary Neville. People hate Gary Neville. So much so, that he now thrives and inhales the hate. He isn’t the most likable guy in the game. He came through the youth system at one of the biggest clubs in the world, Manchester United, at the same time as his best friend, David Beckham – I know you’ve heard of Beckham. Neville is also a one club man, and has now become the captain of his team, as well as a regular for the national team. He has won trophies galore, practically everything there is to win – and he gets paid around $150,000 a week. Yes, a week.

The reason these two seemingly contradictory players will forever be intrinsically linked stems from a controversial interview that Le Tissier gave in the twilight of his career. In it, the interviewer asked him if he had any regrets about never winning a trophy, playing for a big club or getting to play for England more. Le Tissier paused, and then gave the following response: he had no regrets, because even though someone without any talent, like Gary Neville, had achieved all three of these successes, it didn’t matter to him – because he knew that he was the better player by far, and that was what was important.

Hold that thought as we come to this album by Jugganot, ‘Cash Rules’. The Latino rapper hailing from NY has a picture of himself on the inside cover of his artwork – in it, he is swinging a baseball bat. It is an apt photograph, as he hasn’t so much crafted this LP, as smashed through it, by sheer force. As if trapped in a burning house, with only a blunt instrument to help him escape, he swings wildly in a smoke-filled corridor. Some swings land; others simply part the smoke.

You see, Jugganot has talent – he flows like a combination of AZ and Jay-Z, though maybe not quite on the level of those two in their prime. But best believe that he can spit hard, clearly drawing inspiration from the 1995 era of hip hop… Imagine that Nas, Jigga and Biggie have just dropped; imagine The Purple Tape is being bootlegged and banged out on every corner. That circa 1995 is fast becoming the most revered phase of this genre speaks volumes, and Jugganot is clearly a disciple of this special time. His DNA is imprinted with it, and his vocal talent is obvious. He shows glimpses of lyrical greatness throughout ‘Cash Rules’ – on songs such as “Take It EZ” and half of “Where the Cash At?” his verbal intercourse is most impressive. In other words, his game is tight.

The problem with Jugganot is that he is also a walking talking hip hop clichÃ©. Every single clichÃ© in hip hop, this guy drinks it in and pisses it out – frequently straight into the wind. It is a crying shame: tracks such as “Bedroom Tricks”, where he “brought sexy back before Justin”, are simply ridiculous; but he follows it up with the excellent “I’m a Giant”. The other half of “Where the Cash At?” is your typical blah-blah-blah rap that any atypical rapper could have spit; but “Breath of Fresh Air” is a superb and uplifting song. He takes care in crafting the intricacy of his rhymes, but cares not for the content. It is like gift-wrapping bricks individually before sending them to the builder – there is no point, as it is just going to end up another brick in the wall.

Which brings us back to where we began. You see, Jugganot hasn’t decided whether he is Matt Le Tissier or Gary Neville. He has the raw talent of Le Tissier, but wants the trophies and cash of Neville. As a result, the listener knows that he is caught between two stools – perhaps ‘fraud’ is too strong a word, but he is certainly not being true to himself. Perhaps he has set himself the task of bringing lyricism to commercial music, but really and truly, he bangs on about his sole motivation: cash. His skills betray his apparent motivation, and that is what I find most disappointing about Jugganot. He is selling himself short. Just as I have placed faith in you, the Reader, he has completely underestimated the Listener. Put simply, he doesn’t appear to be making the music that he actually WANTS to make – he is simply pandering to what he thinks is hot. Back in 1995, the game wasn’t perfect, but those classic artists more or less stayed true to their styles, regardless; just as those footballers stayed true to who they were, an artist and a grafter. If Jugganot made music that he himself respected, he would be memorable; although he may be enjoying success right now, in years to come, no one will remember him that way his is right now. And besides, in fifty years time, who do you think I will tell my grandchildren about: Neville or Le Tissier?