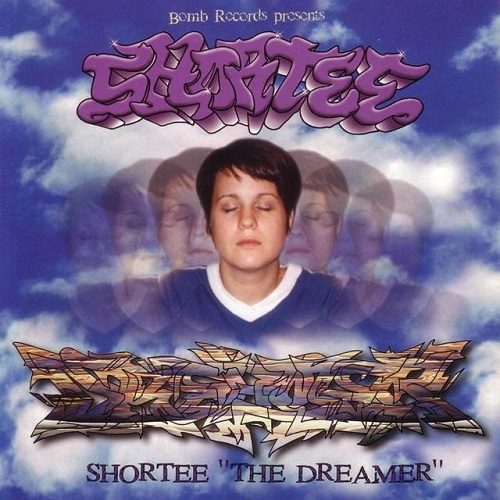 In the infamous words of mom dukes’ around the world: “Don’t judge a book by its cover.” We ALL do it, whether we admit it or not, as we are all prisoners to these subconscious stereotypes that reside within us. So as a bonafide hip hop head who’s been down since I could walk, a white girl on the cover of an album messes my whole head up. What the Fuck!? At first I thought she was the DJ’s girlfriend or something, but it wasn’t until I opened up the liner notes that I understood, and I was caught upside the head with a line that said “All tracks & scratches produced, arranged, and performed by Shortee” What the Fuck!? Aaaaah Ignorance abounds!

“The Dreamer” is not your normal album, with verses and hooks, and occasional interludes, and most evident by the absence of almost any lyrics. It’s more of a soundtrack to a dream. 16 tracks, split up into 4 subgroups, aptly named Stage 1, Stage 2, Stage 3, and Stage 4 (4 Stages of the sleep sequence). “The Dreamer” is accompanied with a short story about a girl who goes to a sleep research facility and when her brain waves are recorded, they are not brain waves at all, but sound waves. She “composes music in her sleep…purely out of mind power.” Surprisingly, this abstract concept kind of works, and kind of doesn’t.

From the intro to the outro, Shortee provides a whirlwind of sound. Drum solos, pianos, horns, synthesizers, congas, bongos, and even claves are all weaved throughout Shortee’s journey. Clever samples of the Disney classic “Sleeping Beauty” are sprinkled through the album to add to that dreamy flavor. To Shortee’s credit, some beats are a little complex. While she ain’t no Mannie Fresh, it’s interesting to hear the different layers used to create on her tracks. The entertaining, “REM State” goes from a laid back bassline with a bass guitar riff, to some bells to make it a little more interesting, and then the latin percussion drops (you know we luv that!), more bells, symbols, hi hats, and finally some ghostly wails kick in, before the BPM’s are kicked into overdrive and it turns into some “Bombs Over Baghdad” shit. Crazy!

Shortee isn’t afraid to cut the wheels up either, as many of the cuts use some nice scratching and backscratching techniques to spice things up a bit. Ironically, the same thing that works for this album is the same thing that doesn’t. With the exception of maybe, “Girl Meets Boy” The majority of these tracks wouldn’t sound to good with an emcee over them. Shortee’s funky, jazzy, sometimes rave-like feel would work in a club maybe as background music, or could maybe tear a club up full of ravers or drum and bass enthusiasts, but is likely to have Ray-Ray from the block looking for that “Petestrumentals” cd, or something that he can rock over.

Who says a white girl can’t twist the knobs or get down on the ones and twos? Shortee’s concept was a creative one. With a little work, Shortee could be onto something. Under that misleading cover is some definite talent. Keep on dreamin’ baby.