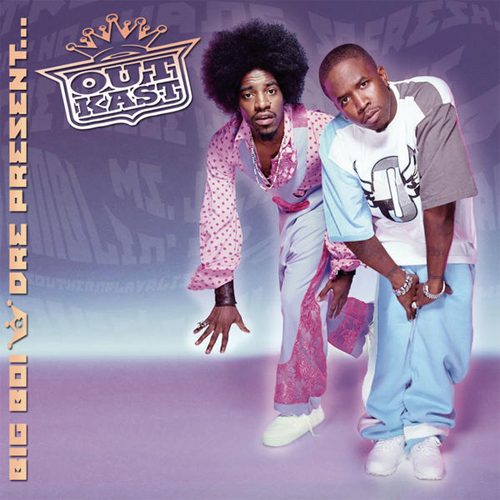 Sure, this CD was not available in stores until December 4th, but a majority of what’s on it already was. In fact, with the exception of the songs “Funkin’ Around”, “The Whole World” f/ Killer Mike and “Movin’ Cool (The After Party)” the whole thing is a retrospective of their work to date. The album includes such well-known hits as their songs “Rosa Parks” and “Ms. Jackson” and older classics some recent converts may have missed, such as “Player’s Ball” and “Git Up, Git Out” from their debut LP “Souhernplayalisticadillacmuzik.”

Who is this album for? This album is a great collection for anybody whose only OutKast purchase to date was “Stankonia.” It should in fact provide the incentive for those who don’t already own the back catalogue of their LP’s to revisit the record store to pick up “Aquemini” and “ATLiens.” Sadly the latter album is the least represented of all their work – the only song included was that LP’s lead single “Elevators (Me & You).” Perhaps this was a necessary evil, because any song that appears on that release is dope enough to put on a retrospective of their work – but it’s still insulting not to see “Wheelz of Steel” or the title track included.

When examining this album it seems the biggest mistake may in fact be that it was limited to one disc only. A two-disc set could have easily comprised their ‘greatest hits’ on one LP and included the brand new songs as well as some more obscure OutKast tracks on the second. Why not give OutKast fans songs like “Phobia” from the Higher Learning soundtrack, or the seminal “Benz or Beamer” from New Jersey Drive? And what about an uncut version of “Da Art of Storytellin’ (Remix)” featuring Slick Rick? In fact, why wasn’t ANY version of this hit single included?

Scoring this album highly isn’t that hard – any collection of OutKast’s best work paired with original material is a winner. There isn’t a single song herein that isn’t worth repeated replay in your Discman, but long-time OutKast fans may want to pass on this one despite the new material. Big Boi & Dre are presenting the OutKast vibe to people who don’t know, but those who do will only think of this CD as comparable to a “favorite OutKast tracks” CD they could have burned themselves – with a few more obscure tracks and songs from “ATLiens” that is. Far be it from me to be so bold, but if I worked for Arista this album would do a FAR better job of capturing the sound and style of one of hip-hop’s most consistantly fresh and innovative groups.