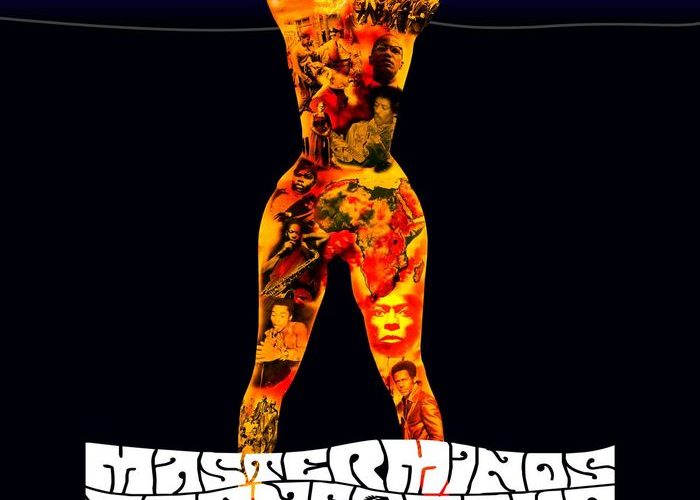 What IS underground? Does it require that a MC remain poor and stay in the hood? Can he or she NEVER mention money, sex or power? And must they always been underappreciated? I don’t know, and I’m sure ideas vary — opinions are like… well, let’s just say everybody’s got one. But, in part, underground means revolutionary. Different. Like The Fool card in a Tarot deck, underground represents putting one’s shit on the line for the betterment of all.

I’m happy to say that the dynamic duo Masterminds have The Fool card in hand with their sophomore LP Stone Soup. It’s obvious from the intro, a knocking 90-second instrumental not out of place on a world music album. There is a vocalist on it, but it’s not Masterminds, it’s a woman. And she’s not really singing, but more in the rapture of a voodoo prayer. However, faster than you can say “Angel Heart” they bring some, as Busta would say, bang-your-head shit with the first track “The 3rd Movement.” This cut is something ugly, chopping up an Ozzy-like beat from back in his bathead-eating days. It feels so weird — but so right.

Kimani Rogers and Tarik Holder don’t waste any time, flipping knowledge like dead prez and complex syllables like Foreign Legion. However, they still recognize that this is hip-hop — if people just wanted the knowledge, they’d get a book. For instance, “Stone Planet” takes it back to the corner, bringing back that old-school live feel a la J5’s “The Influence.” Even on this cut it’s clear that the party vibe is just another way to get their point across. Tarik starts it off:

“So you know who runs the place? Not you
Your taxes due and your bills are late, save those I.O.U.’s
Cuz racing those green things
Leaves you with a die-or-do where fiends hang
Ill situation that leaves you impatient
When your facing the facts
Asian or black, any race on the map
Time is slipping through the cracks
So while you’re sippin’ on the yak
They clonin’ yaks
We’re gettin’ left back
We need to change that format to real rap
Not the little kiddie rap
Or that ass and tittie rap”

Cuts like “Stone Planet,” “Raiders Of The Lost Art” and “Fairytales” target big willies and fake MCs, but they don’t — like some other cerebral rappers — spend too much saying what they hate about hip-hop today. Luckily their focus is on letting people know what they’re about, not what they’re NOT about. In 70 minutes you find out how they feel about their kids (“Step By Step”), their hometown New York (“Hueman”) and even their mommas (“2 Moms”). That last cut is enough to make a grown brother cry, with Kimani apologizing to his mom for disappointing her and Tarik narrating a story about a male slave ancestor and his mother straight out of “Roots.” Another deep cut is “Subliminal,” about how we get programmed by TV and radio. After reading Kimani’s verses, it’s easy to see why it was the first single:

It’s the same bullshit be it magazine or cable so
This year we declare war on rap radio
Shut down the system
Free your mind from the prison
Got you sittin’ there pacified
Oh shit, another rapper died
Emcees don’t know whether to laugh or cry
What are you standing for?”

With good chemistry together and solid rhyme skills they’re able to drop intelligent gems without being dry, not unlike Mos Def or Guru from GangStarr. And, like their predecessors, phat beats are the backbone of their info, but this is where they raise the ante — every cut is produced by them. Like whoa. Even more impressive, they’re not afraid to experiment, as shown with the previously mentioned “The 3rd Movement,” the RZA-esque “Before All Hell Breaks Loose” and the reggae “Hueman.”

However, the apex of the album, lyrically and musically, is “September In New York.” Everybody and their mom has made a song about 9/11 by this point, but they bring a crystal-clear clarity to the situation. Over a vicious drum-and-bass beat, reminiscent of Outkast’s “B.O.B.” or the end of The Roots “You Got Me,” they convey the urgency of the hour. Tarik shines on the cut:

Masterminds seems to have avoided the sophomore jinx. Now with intelligent rappers with hot beats like The Coup getting props, perhaps Masterminds critically-acclaimed material will finally translate into financial success. They certainly deserve it.