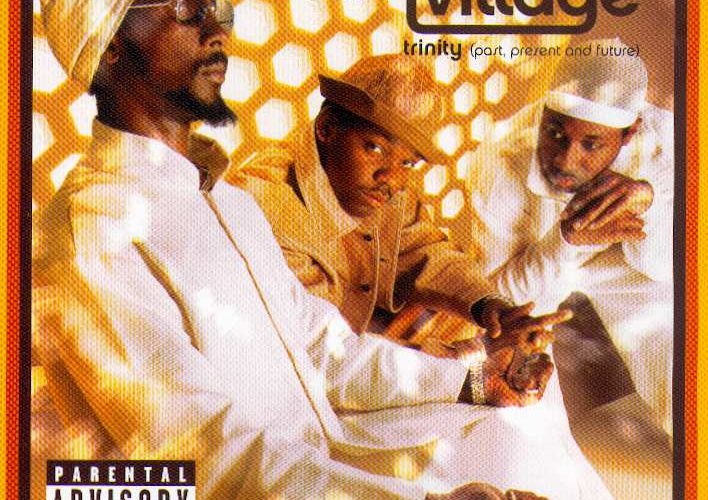 It’s no secret that in the world of underground hip-hop elitism (what some derisively refer to as “backpacker rap”) Slum Village is often the dividing line for “true heads” and “casual observers.” Fans of their last album “Fantastic Vol. 2” are adamant that producer Jay Dee’s beats are the best in the business; and his subsequent work with the Soulquarians (an Okayplayer click that also includes Common and ?uestlove) on various albums is thus confirmation. Opinion on the rappers is a little less solid. To some they are a living breathing extension of the Native Tongues (from De La to A Tribe Called Quest) and others think the raps of Jay Dee, T3 and Baatin are just window-dressing for Jay Dee’s beats. To those on the “casual observer” side though, Jay Dilla is an overrated producer with bland beats while the SV rappers are the world’s new sleep-inducing technology.

Even those people who might straddle the fence between the two camps have often observed cynically that without Jay Dee, Slum Village as a group would be completely uninteresting. SV probably heard the talk and decided to tackle the notion head on with “Trinity (Past, Present and Future).” If you read the group’s website the official explanation is that Jay Dee was tired of the demands of touring with SV and decided to take a less active role, while still producing several tracks on the CD (and he does). True or not, everybody always tries to make the best of what may potentially be a bad situation; Slum Village does by having T3 step up and fill in as a producer on some tracks while also recruiting new rapper Elzhi to help fill in on the rhymes.

Surprisingly Jay Dee’s absence hasn’t changed the sound of the group much. If you got a Native Tongues impression from SV in the past, “Trinity” will not change that in a major way. In fact their lead single “Tainted” featuring Dwele sounds like a laid back groove by The Roots being mixed with the smooth but slightly hardcore vibes of “Midnight Marauders.” The following track “La La” doesn’t alter this perception, it amplifies it to a greater AND very successful degree. Elhzi proves he was a wise addition to the group as his rap style has the voice of Malik B with a hint of Jay-Z’s jiggyness, minus the millions and the bling. T3 is nothing to write home about, but Baatin really isn’t as bad as SV’s reputation has made him out to be. On “Tainted” in particular he sounds like a wisened veteran trying to warn the young not to make bad choices:

“How many years does it take for a record to blow?
I’m doin exactly how many licks it took for my hoes
Spendin your cash flow cause she was so out hoe
Scandal love, cause love full of scandal
Too much chick for that ass she couldn’t handle that
Well it’s the same tainted love in the music business
People they lose thet brain just to get up in this
Let’s be a star for day, everything in life is just okay
People say things they don’t really wanna say
Hey but it’s okay cause your a star for the day
People a smile at you when they really wanna frown
Well a that’s just the way tainted folk get down
Just keep it real and, we’ll see
When the situation is tainted love is always free”

Maintaining stride for the length of a whole album is always hard, and this is where “Trinity” starts to fall apart. While the Native Tongues they are often compared to were known for creating albums that had a great vibe from start to finish, SV places a lot of uninteresting filler between a few great songs. From “All-Ta-Ment” to “Trinity” you could more or less skip three straight songs, although if you left them on and did something else the beats would make decent background music. This section is ended by “One,” a perversely hardcore cut with a bassline whose wavering volume draws you into the cut even when you try to ignore it. Not surprisngly this is one of Jay Dee’s beats – he does have skills even though a lot of haters try not to acknowledge it.

Dee also does the beat on the following track “Hoes,” although the title of this and the previous cut could be switched and would probably fit each other better. Unfortunately this is where the album starts to bog down again, not so much by a lack of Jay Dee’s beats but simply by cuts where the music and lyrics don’t draw you into SV’s world. “Star” is not one, although “Slumber” may be the most apt title on the whole CD. “Let’s” will leave you asking the question, “let’s what?” The somewhat off-key piano sound of “S.O.U.L.” breaks the tedium up nicely with a hook reminiscent of Aaliyah and lyrics about fine women. “Unisex” though will leave you scratching your head – it sounds like an attempt to make a Neptunes track that failed badly. “Love U Hate” does have some P-Funk in the trunk though, and the Scott Storch produced “Get Live” has some intensity and tension not found in other cuts. Skip the awful “Harmony” and search instead for the decent bonus track “Fall in Love.”

Truthfully I wanted to review this album myself because I sent a promo copy of the CD to a fellow writer, and his harsh critique of the album shocked me somewhat. I actually found myself to be something of a “Fantastic Vol. 2” fan on the dee-low, so I had high expectations for this album. Ultimately the real failure of this album isn’t that it’s whack at all – several songs are worthy enough and one or two could even be certified hits, more surprising for their success in Jay Dee’s absence. It seems that without Dee though the group has drifted further toward the mediocrity that non-fans of the group felt they had all along. Even a bad album can be amusing in it’s sheer awfulness, but a bland one provokes no strong reactions one way or the other. I often tell people to ignore the scores in reviews and concentrate instead on the critique, but this time the score pretty much says it all.