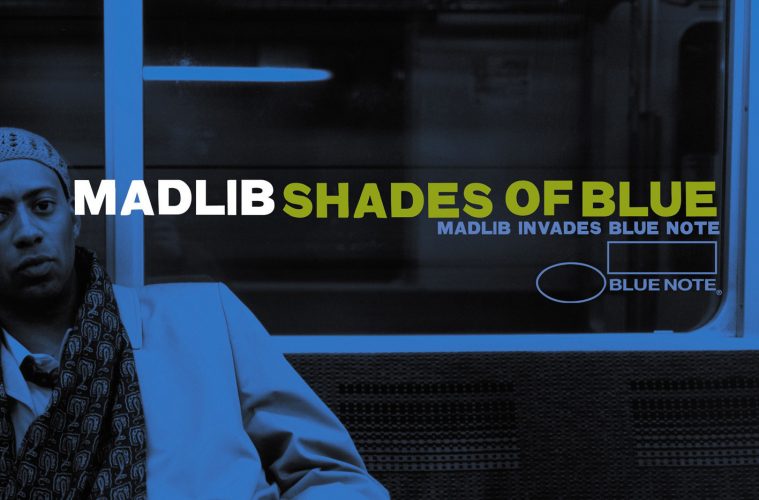 Around the time when the calendar flipped from the 1980s to the ’90s, a couple of clever people started noticing common features in jazz and hip-hop. Some of them might have been music critics, but more importantly, some of them happened to be musicians. Rappers likened their freestyles to improvised instrumental solos, DJ’s and beatmakers started digging up jazz tunes to spin and to sample, and jazz musicians listened knowingly to old records being chopped up, or to a rapper’s conversational flow. Their eyes always on the bigger picture, Gang Starr wrote the theme song to the mutual approach, 1989’s “Jazz Music” (updated one year later as “Jazz Thing” for the “Mo’ Better Blues” soundtrack). In their tribute, Guru and Premier wouldn’t just talk about the past, but the present and the future as well, proclaiming that “this music ain’t dead, so don’t be misled / by those who said that jazz was on its deathbed,” hazarding even that “the ’90s will be the decade of a jazz thing.”

For a while, jazz did indeed gain from the exposure. Similar to funk in the ’80s, young people started getting into jazz after they were introduced to it on hip-hop records, while jazz musicians looked for ways to be down with the hip-hop movement, such as saxophonists Greg Osby and Branford Marsalis (by way of his Buckshot Lefonque project), or the late great Miles Davis, who asked Easy Mo Bee to produce the album that would be his last. Likewise, rap acts sought out the talents of jazz cats, most notably Public Enemy, who had Branford Marsalis playing sax on “Fight the Power”, and A Tribe Called Quest, who had Ron Carter playing bass on “The Low End Theory”. More than a decade later, hip-hop for the most part has let go of the embrace, rendering the infamous “you gotta hear Blue Note to dig Def Jam” imperative somewhat obsolete. Even Guru, who held the idea of the two coming closer always dear to his heart, shifted the focus of his ongoing “Jazzmatazz” project away from jazz to soul. Nevertheless, the common grounds are still there. Jazz remains a big influence on hip-hop musicians, be it as an abstract idea of what’s possible, or as a reliable source when it comes to finding interesting loops.

When you’re talking jazz, there’s no getting around Blue Note Records. Founded in 1939 by Alfred Lion and Francis Wolff, Blue Note has put out groundbreaking recordings in different eras, yet it were mainly the groovin’ tunes infused with soul, funk and rhythm & blues that the b-boys were going for, making the Blue Note catalog one of the most raided in sampling history. It is a special legacy Blue Note has been well aware of. In fact, they used it for one of the smartest publicity stunts in hip-hop history. In 1993, following their copyright-infringing Ninja Tune release “The Band Played the Boogie”, the UK-based group US3 was given unlimited access to the Blue Note vaults, resulting in an immensely successful album (“Hand on the Torch”) that was however largely ignored by the hip-hop community. Despite the lack of insider recognition for that particular project, Blue Note still could bank on their popularity in hip-hop circles. In 1996, the cream of the crop of jazz-inspired hip-hop producers (Diamond D, Large Professor, The Ummah, The Roots, Easy Mo Bee) had their go at Blue Note classics on “The New Groove (The Blue Note Remix Project)”. And in 1999, to celebrate its 60th anniversary, the label invited Pete Rock, Biz Markie and Lord Finesse to mix some of their favorite Blue Note beats for the Japan-only “Diggin’ on Blue” series.

For the new millennium, Blue Note came up with yet another idea to celebrate their legacy hip-hop style. The versatile Madlib “invades Blue Note” to put his own twist on 10 compositions from the ’60s and ’70s. Like US3 a decade earlier, Madlib was free to revisit the musical treasure on his own terms. Yet for someone who will think up an entire band on his own (for his neo-jazz project Yesterdays New Quintet), having access to material everybody can get his hands on certainly wasn’t enough. So Blue Note provided him with the original multi-track recordings, giving him the extraordinary opportunity to single out instruments and voices.

What sounds like a jazz purist’s nightmare or a progressive producer’s wet dream is something altogether different and quite unexpected – a playful soundtrack to these hot summer months. Evidently, Madlib is interested in more than just the breakbeats, so don’t expect to hear that same ol’ Lou Donaldson thump for the umpteenth time. But even though the self-described Beat Conductor is one of the more avantgarde hip-hop producers of today, in this case he sticks to the soul-drenched and funk-flavored repertoire, ignoring jazz icons like Art Blakey, Miles Davis, Thelonious Monk, or Sonny Rollins. In the process, he ends up sampling some of the same people that have already been given the US3 or “New Groove” treatment (Donald Byrd, Herbie Hancock, Bobby Hutcherson, Horace Silver, Reuben Wilson). Still, gifted with an understanding for both the old and the new, Madlib is able to break free from where the jazz/hip-hop fusion ends up so very often – simplistic dancefloor jazz.

Drawing from his genealogy (his father being bandleader Otis Jackson, Sr., his uncle being jazz trumpeter Jon Faddis), Madlib honors the Blue Note spirit of that particular timeframe, exploring the wilder as well as the gentler sides of both jazz and hip-hop music. Although, with all the techniques involved (which range from sample manipulation to live instrumentation), it is hard for you and me to tell what exactly Madlib has done to the originals, the outcome is always above the mindless muzak that ever so often occurs when hip-hop beats meet something ‘jazzy’. Some reworkings, like Reuben Wilson’s “Stormy” or Wayne Shorter’s “Footprints”, have the Yesterdays New Quintet fingerprints over them, but they still have a more familiar flair, and thus may be more bearable for those for who “Angles Without Edges” was just too much. “Song For My Father”, on the other hand, seems to have been recorded by what appears to be a real band for a change, featuring, for instance, Breakestra guitarist Dan Ubick. Never one to stay in one disguise for too long, Otis Jackson, Jr. makes full use of his many musical personalities. On “Distant Land” (based on a previously unreleased Donald Byrd composition), Madlib even takes it back to his Lootpack days.

One thing you don’t have to worry about here is lack of diversity. “Slim’s Return”, a reworking of the Monk Higgins-arranged and -conducted “The Look of Slim” by Gene Harris & The Three Sounds, is a musical sparring session with some extra-bumpy drums (known to some as the backbone of Blackalicious’ “Lyric Fathom”), scratched hip-hop quotables, soulful strings and relentless vibraphone playing all battling for dominance, tumbling and turning, finally merging into a headnod monster. Another sample-guided venture, “Mystic Bounce”, turns Ronnie Foster’s “Mystic Brew” (the foundation of Quest’s “Electric Relaxation”) into a cool block party. Yet just as the technique of remixing jazz tracks hip-hop style can work, it can also fail. “Montara” with his clichÃ© hip-hop phrases and drum tracks follows the standard formula for jazz-based hip-hop so closely it ends up just another hip-hop track.

Certainly what the people who came up with the idea for this album have hoped for comes true, as “Shades of Blue” has a very contemporary sound. “Please Set Me at Ease” is something you might find on the latest Roots or Slum Village release, wrapping Bobbi Humphrey’s original into Jay Dee-esque layers. Even Madlib’s self-composed tribute to Blue Note, “Funky Blue Note” is neither out of tune nor out of time. In the case of something like Donald Byrd’s “Steppin’ Into Tomorrow” it might just be due to the timeless appeal these tunes possess in the first place. A special treat on this 7 minute-long joy ride are the female vocals discovered by Madlib that weren’t included on the original version. Of special note is furthermore his attempt to incorporate two original tracks, “Peace” by Horace Silver and “Dolphin Dance” by Herbie Hancock in the same composition.

If you ask who this record is for, the hip-hop audience seems a much more likely target than the jazz audience. People who don’t get the basic principles of hip-hop might be appalled by the fact that the legendary Blue Note keeps catering to this particular audience. Ironically, “Shades of Blue” might be able to help these people understand the relationship between jazz and hip-hop, even if Medaphoar’s spot on “Please Set Me at Ease” is the only rap the album has to offer. If by nothing else, they should be intrigued by the thought that “Shades of Blue” might in turn serve as a stepping stone for hip-hop heads to get into jazz. Lest we forget, jazz has a well-documented history of re-interpreting its own standards and even covering popular and classical music. Ultimately, that’s what hip-hop is doing to jazz on “Shades of Blue”.