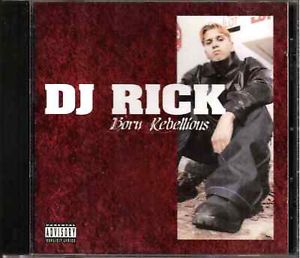 So let’s say you and your crew are all out one day playing a pickup game of 3-on-3 basketball. Neither you nor any of your boys is a great ball player by any stretch of the imagination, but everyone’s having fun and so life is great. About mid-game, one of your friends makes a tough jump shot through double coverage from the top of the key. Praise is showered upon him by his teammates, and even the other guys admit that it was nice. Everyone present appreciates the shot, and shortly, play resumes. Suddenly, the cat that made the shot announces that he’s leaving the court so that he can go try out for the NBA â€“ maybe he could make the Clippers or something, he says. The other guys laugh and make nothing of it, but after a minute, you all realize the cat’s serious. You tell him to get his couldn’t-make-the-high-school-ball-team-ass back to the game so we can finish, and forget about the damn NBAâ€¦ but he ain’t havin that. He promptly grabs his gear, gets into his car, and sets off on his path toward NBA superstardom, where he’s ’bout to ball with the big boys.

Of course that whole scenario sounds ridiculous, doesn’t it? Just because someone LIKES basketball and believes he can PLAY basketball, what in the HELL makes him think he’s got what it takes to go pro? It’s crazy!

(Now, those of you out there who know where I’m going with this, well done. Be patient.) So if it’s so crazy for someone to just up and decide that they’re gonna go play for the Clippers (or the Lakers, since we are technically talking pro teams), then why isn’t it so crazy when someone approaches the rap game this way? Ever wondered that? I mean, it seems that these days, anybody with a CD burner and some sound mixing software is putting out “rap albums” because they thought Jay-Z sounded fresh on Vol. 2. Thing is, it just doesn’t work that way.

Case in point – DJ Rick. The guy obviously loves what he’s doing, and he does put forth a good effort (anyone with the balls to put out a solo album independently, and as with this album, professionally, gets HUGE propsâ€¦ that includes Rick), but ultimately, I think “Born Rebellious” should have stayed home. It sounds to me like an example of someone trying to get too big too fast. Rick just does not seem to have the vocal prominence to succeed in the rap game. At least, not yet. Maybe with more practice things would be different, but at this point he ain’t ready. Rick’s voice sounds so young that it’s hard to believe he’s 20, which in itself isn’t necessarily a problem, it just kinda limits his appeal. There’s no way he could sound thuggish, so he could just approach things differently, right? Right. But he doesn’t approach things differently. Rick tries to make you believe that he is the toughest, hardest thug to ever rep Detroit. But my man can’t even cuss convincingly. Add to that the fact that he’s got a strange sense of humor â€“ he claims that if he caught an STD, he’d just say he got it from J-Lo! Ha! Uh? Well, not that anyone would believe him anywayâ€¦

Topics on “Born Rebellious” range from braggadocio (with a HUGE capital B), puzzling rants aimed at Rick’s high-school teacher and corrupt school system, and “doing more drugs than crack addicts do”. All the while, Rick comes across sounding like a 6th grade private school student from Wyoming. But swear to God, he’s from the gritty Detroit streets. Honest. And that’s not the worst of it. Also please believe that Rick is off beat for the ENTIRE album. That’s 13 tracks. Of off-beat “flows” in which Rick’s awkward cadence and too-many-syllables-per-word raps grate against your ears. Luckily, HUSH drops in on track 5, “Bad Attitude” and with one verse takes the lyric vibes score you’ll see at the bottom of this review from a 1 to a solid 2. I was longing to hear more from him on this album.

But there’s a saving grace here! The beats on “Born Rebellious” are excellent. Seriously. All of them are very listenable and at times, several of them even recall the Neptunes with their old-school synths and keyboards. Strange that on an album from “DJ” Rick, there are no scratches, cuts, beat juggles or anything of the like (I’d guess that there were no turntables involved with the production of this record), but it’s lovely anyway. Had these beats been sent to more competent rhyming cats, things would have been MUCH different. DJ Rick and his associate, HUSH, provide beats that bump so smoothly you’d wish this was an instrumental album. This provides for a very strange and very unbalanced listening experience. I think it’s safe to say that DJ Rick won’t be appearing alongside Big Tig in the Basement anytime soon. For him, like 98.8% of us, rapping should just stay a hobby.