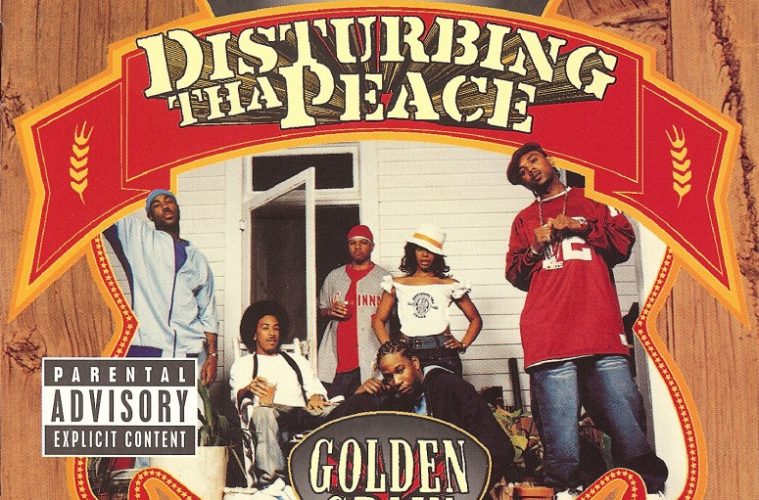 Some rap cliques can survive even without their star member. When Eminem isn’t rapping with D-12, members like Kuniva, Proof and even Bizarre step up to the plate and carry the weight for the team. On the other hand, some rap cliques are like the Bulls without Jordan. Realistically, nobody cared about the Rhyme Syndicate outside of Ice-T; it’s true Everlast was a member but he didn’t rise to fame untilLONG after their demise.

We’ve been familiar with members of the Ludacris posse Disturbing Tha Peace for a minute now. They make cameo appearances on his albums, get shout-outs on lots of tracks, and have the good fortune to earn a built-in audience thanks to their commander-in-chief’s overwhelming popularity. That is to say, dedicated Ludacris fans will probably buy this album whether they care about D.T.P. or not, just because he’s part of the crew and their biggest cheerleader too.

In some cases, the hubris of Ludacris thinking he can put these relative unknowns over can be forgiven. The “Growing Pains (Do it Again)” remix featuring Scarface gives a song whose original (and admittedly dope) overused beat is replaced by a laid back track with new Ludacris raps. “Smokin’ Dro” is the proto-typical tough-talking gangsta track, but wins thanks to DJ Nasty’s track and a sing-along hook. “Pimp Council” is a sextafied funk joint with a humerous Too $hort cameo, and people will listen to “R.P.M.” for the raps by Shawnna and Twista despite a beat that nearly kills their buzz. Including “Move Bitch” as a bonus track was also a wise choice, as heavily edited versions of this track are moving up the charts nationally as of the writing of this review.

No amount of good tracks though can cover up D.T.P.’s mediocre members on the whole. Lil’ Fate is no Lil’ Flip. I-20 is no Indo G. Tity Boi is no Tela. These rappers try alternately to imitate the South’s best and to be original, and really succeed at neither. Shawnna made a name for herself as a nasty talking Trina-style rapper on several tracks before this album, but that just goes to show that even where her voice stands out distinctively it’s still a derivative style done better by another Southern rapper. Between “Break Sumthin'” and “Outro On Ya Ass” there are a lot of skippable tracks, but don’t forget to include those two as well.

Since the music industry’s policy of nepotism seems to believe, “If a rapper is good, his friends must be too,” albums like “Golden Grain” will continue to be placed on store shelves. This particular release could have been saved by the strength of Ludacris’ popularity under ideal circumstances, but beats by the likes of Mixzo, Icedrake, and Jook are no substitute for Timbaland and Organized Noise. You could blame the poor music or the mostly boring MC’s, but the real blame lays at the feet of ‘Cris himself for pushing artists only half as good as he is. For shame Luda, for shame.