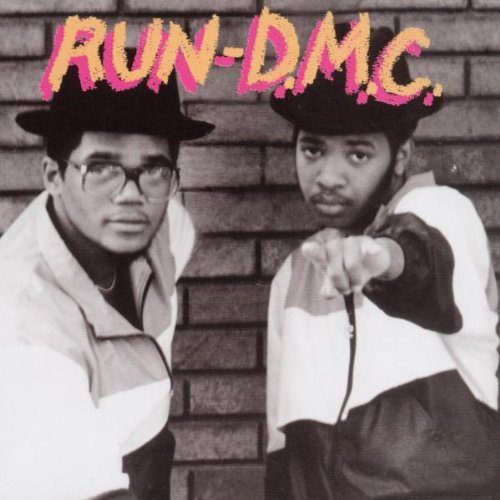 “J-A-Y are the letters of his name
Cutting and scratching are the aspects of his game
So check out the Master as he cuts these jams
And look at us with the mics in our hands
Then take a count, one-two-three
Jam Master Jay, Run-D.M.C.”

It’s hard. It’s damn hard. It’s so damn hard to have to go through this over and over again. So much death in hip-hop music and culture, and so much of it is so pointless. I think this time though, it hurts more. As much as I love artists like Big L, Notorious B.I.G., Tupac Shakur and Big Pun and all the countless others who died before their time, a lot of them were recent (since 1990) additions to the hip-hop diaspora. Jason ‘Jam Master Jay’ Mizell has been part of hip-hop spanning three decades though. He was not just a veteran rap artists, he was an elder statesman for hip-hop and the positive impact it makes on people of all races and backgrounds. He was also a mentor to up-and-coming rap artists and DJ’s, a first class performer at all shows and fuctions, and most ironically of all an advocate to end the absurd level of violence in hip-hop both inside AND outside the rap.

Jason Mizell was also a personal hero. Ever since I was 9 years old, I’ve been listening to Run-D.M.C. I grew up with Run, D and Jay – they feel like family to me. Their music is the soundtrack to my life, and like my other idol Grandmaster Flash, Jay was the one who inspired me to pursue turntablism. J-A-Y are the letters of his name. Cutting and scratching are the aspects of his game. He was not just a lone wolf in the background cutting the records for the stars in the front, he was a star in his own right and always received equal billing with Run and D on their albums and in their videos. No one can question that the group simply would not have been as ill or have achieved as much without the union of these three as a family. And their accomplishments have been LARGE: first rappers on MTV, first rap group to have a full-length platinum album, too many firsts to even name. And as long as we’re speaking of firsts, it’s long overdue for me to cover Run-D.M.C.’s first album – their self-titled 1984 debut.

Although the group had already been established in New York by the time this album was released by Profile, they hadn’t yet gone on to national fame and international acclaim. This would quickly change. Although the A-Side of their first single “Hard Times” was and still is a hardcore anthem of the Reaganomic woes, it was the flipside “Sucker M.C.’s” that was revolutionary. Up until that time, a lot of successful rap acts could to some degree be considered “glam”: fancy outfits, studio bands, and a reliance on image over substance. “Sucker M.C.’s” was an earthquake that shook up glam with a thunderous introduction: BOOM-TAP-TAP-TAP-TAP-TAP-TAP-TAP. Simple ain’t it? But quite clever. The hard drum track screamed, “Just give us a beat. We’ve got two rappers and a DJ and we can do this thing our DAMN selves.” As if the music wasn’t sensational enough, the rapping set a new mark by not just being self-braggadocious but by ALSO dismissing other rappers for being inferior to their righteous styles:

“You five dollar boy and I’m a million dollar man
Youse a sucker MC, and you’re my fan
You try to bite lines, but rhymes are mine
Youse a sucker MC in a pair of Calvin Klein
Comin from the wackest, part of town
Tryin to rap up but you can’t get down
You don’t even know your english, your verb or noun
You’re just a sucker MC you sad face clown” – Run

“All my rhymes are sweet delight
So here’s another one for y’all to bite
When I rhyme, I never quit
And if I got a new rhyme I’ll just say it
Cause it takes a lot, to entertain
And sucker MC’s can be a pain
You can’t rock a party with the hip in hop
You gotta let ’em know you’ll never stop” – D.M.C.

Hip-Hop would never be the same. Run-D.M.C. didn’t stop at shattering the facade of pretentious rappers though, they singlehandedly reinvented b-boy style. Can you see such a down to earth, hardcore hip-hop group dressing up glam? Of course not. Jumpsuits, Adidas sneakers, and stylish hats were their dress code. Their clothing reflected their music and vice versa – nothing fake or out of touch with the streets. “It’s Like That” showcased this hard reality perfectly:

If the list of innovations that Run-D.M.C. brought to hip-hop with this album wasn’t long enough, there’s one in particular that still resonates to this very day. Artists from Kid Rock to Linkin Park owe them a huge debt, and hopefully will remember that and pay their respects both to the group as a whole and Jam Master Jay in particular. What you ask is this great accomplishment? They took the hip.. hop.. and they mixed it with the hard.. rock.. and created a fusion style that’s still used worldwide today. Despite the fact that rock’n’roll was invented by the likes of Chuck Berry and James Brown, the sound had been gradually becoming more and more segregated to a white audience as people at the cultural core of black sound in the 70’s and early 80’s moved to funk. What Run-D.M.C. proved to the naysayers was that rock music in rap wasJUST as dope as funk or R&B, and as such they could be rap stars AND rock stars. It’s probably not a coincidence that the fledgling MTV network didn’t accept a rap video until Run-D.M.C.’s “Rock Box” given the channel’s allegiance to rock music, but once this barrier was broken down no one could deny it was good rap AND good rock:

“[R+D] So move your butt, to the cut
Run amuk, you’re not in a rut
Each and everybody out there, we got the notion
[DMC] We want to see y’all all in motion
[R+D] Just SHAKE, WIGGLE jump up and down
Move your body to the funky sound
[DMC] Side to side, back and forth
[R+D] We’re the two MC’s, and we’re gonna go off
Stand in place, walk or RUN
Tap your feet, you’ll be on the one
[DMC] Just snap your fingers and clap your hands
[R+D] Our DJ’s better than all these bands!!!”

The heartbreaking thing for anybody listening to this album is that one of the album’s most spectacular songs is simply titled “Jam Master Jay.” This song is so good, it’s bad. While Jay shows off his ability to “rock beats that are truly large” with the motion of two turntables with the crossfade, Run and D.M.C. make amply clear that their man Jay is not just the glue binding the group together but that he’s also “the best DJ, in the U.S. of A.” I’ll let them explain why:

“We make the fly girls scream, in ecstacy
We rock the freshest rhymes, at a party
We put all the fellas in a daze
It’s everyone that we amaze
And we got the master of a disco scratch
There’s not a break that he can’t catch
Jam Master Jay that is his name
And all wild DJ’s – he will tame
Behind the turntables is where he stands
Then there is the movement, of his hands
So when asked who’s the best, y’all should say:
Run-D.M.C. and Jam Master Jay!!”

Word life. I can’t even lie, I’ve felt like crying a dozen times while listening to this song. I’m holding it back right now. All I can say at this point is that this album, almost 20 years old now, still proves one basic and fundamental truth – Jay not only WAS the best, he still IS. We’ll never forget him, and we’ll always miss him. To Jason Mizell, spinning records up on high, look down on us and know that your records and music will live on forever. God bless. One love to his family, his friends, and his fans. You’ll forever live on as the DJ who gave us not only hip-hop classics, not only as the man who brought countless rap artists and groups in the game, but as part of a movement that simultaneously revolutionized popular music and the rap world at the same time. That legacy will always live on, as will this timeless debut.