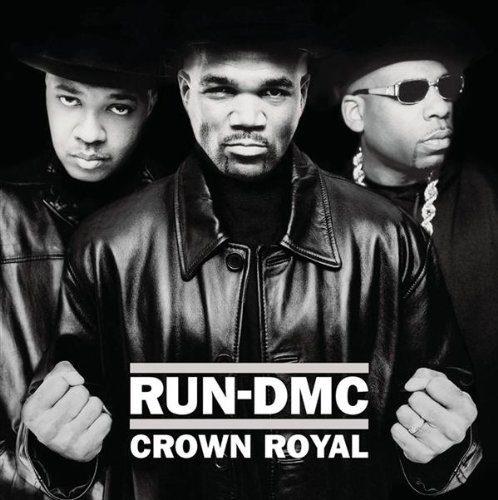 Don’t kid yourself for a minute.

Reading this review, the odds are about ten to one in favor of you knowing who Run-D.M.C. is versus the odds you’ve never heard of them. The reasons are simple, and they are many. The triple threat of Joseph Simmons (Run), Darryl McDaniels (D.M.C.) and Jason Mizell (Jam Master Jay) are legends in hip-hop for the way they broke through walls and kicked down doors. The first rap group on MTV, the first #1 rap album on a Billboard chart, the first rappers to get a product endorsement deal (for the Adidas shoes they so loved) – and the list goes on and on. You’d have to be living under a rock for the last twenty years to not have heard their “Walk This Way” duet with Aerosmith or a long list of other hits like “Rock Box”, “Run’s House” and “Down With the King.”

Put quite simply, they are legends. But being legendary doesn’t mean you’re going to stay together forever. Artists regularly and quite frequently go their seperate ways after long careers together. The Beatles broke up. The Eagles broke up. And though nobody at Arista Records is going to come right out and admit this, Run-D.M.C. as a group no longer exists either. Run still be rapping, and Jay still be the Jam Master, but D. no longer wants to M.C. McDaniels has made his feelings clear in interviews and even on a VH-1 “Behind the Music” special about the group. While Run and D.M.C. will undoubtedly continue to remain friends, the personal growth McDaniels has gone through changed both his legendary rapping voice and his desire to record and tour as a group.

So what’s up with this album? It’s quite simple – an album released as “Reverand Run and Friends” just wouldn’t have the sex appeal an album released as “Run-D.M.C.” does. The trio is now only a duo, but the name still remains. Those who would cry foul should realize McDaniels himself obviously signed off on it. He makes a couple of VERY token appearances on the album, has a few publishing credits, and makes an appearance in the video for “Let’s Stay Together,” the first single. The two longest raps he has on the whole album are on the Fat Joe duet “Hey Papi” and on “Simmons Incorporated” with Method Man. In both cases it’s obvious his heart wasn’t in it.

Considered for what this album truly is, and not the Run-D.M.C. album it’s being marketed as, there are still some highlights. The ironically titled “It’s Over” mixes the old school electronica of early Run-D.M.C. with an epic sample of “Marcia Religioso” while Run displays a snappy flow that’s perfectly matched to the beat. Nas and Prodigy show up for “Queens Day” to pay tribute to the memory of the group (bet they wished D was there though). It’s a bit perverse to see Kid Rock taking D.M.C.’s place as Run’s tag-team partner in “The School of Old” but the stoned white pimp actually owes his rock-rap genre career to these “Kings of Rock” and respectfully turns in a nice performance.

If this twelve track album had stuck to having hip-hop artists show up to help keep the Run-D.M.C. name alive it probably would have worked. That’s not how this story ends though. On this LP you’ll find Fred Durst on “Them Girls”, Stephan Jenkins on “Rock Show”, Everlast on “Take the Money and Run” and “Here We Go 2001” with Sugar Ray. If you’re saying “Run-D.M.C. and Sugar Ray? No way” then you probably get why this combination is so horrid – and you’d be right. The thing that made Run-D.M.C. so brash and appealing in the 80’s was how they brought rock’n’roll into rap music kicking and screaming, and reinvented the genre in the process. Reverse engineering the formula doesn’t work – these duets sound hollow enough as is, and without D.M.C. they just stink.

Have Run-D.M.C. earned their place in any hall of fame for pop, rock, or rap? Hell yes. This album will not be regarded as part of that legend though – just a mistake by a record label anxious to cash in on the remaining value of their name. The hip-hop duets just barely justify owning this release, but don’t kid yourself – it’s not a Run-D.M.C. album.