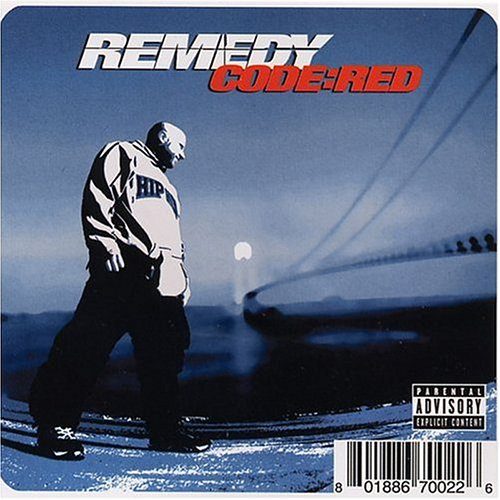 It’s only within the last ten years that hip-hop has slowly started to warm up to white rappers again, after the scandal of Vanilla Ice admittedly left many people cold – this despite the trails that both 3rd Bass and the Beastie Boys had already blazed. Indie artists like Cage and Mr. Eon now carry weight in the underground, while commercial artists like Eminem and Everlast have proved that selling to the mainstream doesn’t have to include a fictious background “from the streets.” With all this progress though, few people remember that the Beast Boys and MC Serch have Jewish backgrounds, while artists like MC Paul Barman and JWA (Jews With Attitudes) are seen as silly novelty acts. Surprise though – if you go back to the underground, you’ll find Necro and Ill Bill rocking the mic, along with the Wu-Tang Clan’s own Remedy. That’s right, in case you hadn’t heard his debut song “Never Again” on the compilation album “Killa Bees The Swarm,” Remedy Ross is official with the Wu; so much so you’ll hear RZA rapping on “A Muslim and a Jew” from the album “Code:Red”:

“Even when young Moses was lost in the desert
He was taught wisdom from an Arabian Shepard
My pen is mightier than CNN
Right now I teach you how to C (see), N, N
Close your eyes silently, breathing deep
Inhale this air all the way to your feet
Then exhale slowly through your nostril
Combine the Torah, Qu’ran, with the Gospel
With your mind open and eyes shut
You can’t tell the difference of who’s who and what’s what
Please Educate Allah’s Children Everyday
A lesson a day keeps the devil away”

Now that’s deep. It’s a shame that message can’t reach out to the warring sides of the Palestinian/Israeli conflict, or the Islamic zealots who profane the Qu’ran in the name of holy war against the “Jew backed infidels” of the United States. Even hip-hop’s own anti-semites (and yes there are more than a few) might want to reconsider who the real enemy is – ignorance. That’s where Remedy comes in – a rapper as proud of his Jewish heritage as Everlast is of his Irish heritage, who draws strenth from it but does not spend undue time dwelling in it. Take “Cure for This” for example:

“This is a story brought before me, from the wise and the old
Taken down from the past, before ya eyes to unfold
Now I took this, crafted it and made it the mold
For all those rainy nights, left out in the cold
Yeah, the rat race, movin at a nine-to-five pace
A life story based on a paper chase
What’s goin on? Something’s wrong in the world that we live
But if we hold on long enough it got ta give
How many times must history repeat in itself
Face defeat, mankind be beat by himself
Generations done passed son, look at the last one
There’s no more legends in the makin, ask one
Man, money, then power, sex, rock and drugs
Economics, politics and thugs”

Like the softly singing SweetLeaf in the song’s chorus, if there’s a cure for this we definitely want it – and Ross might just be the Remedy. Crafted in the mold Serch originated a decade ago, Remedy brings together black and white under one united hip-hop banner where the only qualification is skills – you either got ’em or you don’t. The 4th Disciple produced “Chant the Anthem” features a bevy of Killarmy MC’s, but Remedy still holds down the fort:

“Vision quest, the true test of fruits, the nature’s temptations
Where man meets the devil and the greed of the nation
There’s no excuse for the iducin of Lucifer seducin ya
Abuse of the mental’s defusin ya, confusin ya
Inconclusiveness, thought can’t be taught with no nucleus
There’s proof in this, truth master one self-exclusiveness
For glory, the blood of a million spilled a long story, it suits ya
Remedy forever here and now in the future”

The downside of this album is that unlike Necro, self-production is not one of Remedy’s strengths. While his handling of the album is competent as a whole, his beats on some songs like “R.E.M.E.D.Y.” and “21st Century” seem suspect – musically too thin to support the weight of the rhymes. At other times, his work is the equal of any of his hip-hop contemporaries, such as the Southern bounce of “Remedy Who?” – although his flow is really a bad match for this style. One of the album’s highlights is Remedy’s cover/parody of Redman’s “Tonight’s Da Night” – and if you’re not paying close attention you might not realize it’s not Funk Doctor Spock on the mic:

“Yo, be nimble, I do the type of evil that men do
Like pissin’ out my window on a bitch and her friend too
So turn the volume up a notch and let me in ya crotch
Bu-bump, I hit ya G-spot That’s the fuck, when I jump at nature
Like, hump, hump, hump, hump, hump, hump
But if you wanna see a dick gigantic, not romantic
More Slicker than my man Rick
You better check the White Pages, under Remedy
Cuz I ain’t down wit no enemy
Distribution fucked up my first album
But this time I’ma let my fuckin style run”

Lyrically Remedy can definitely hang, although his flow sometimes seems to lack the cocksure arrogance needed to rock the underground – perhaps he should imitate Reggie Noble on a more recurring basis. Still when the Wu makes you official it’s hard to miss, and songs like “Book of Life” and “You Don’t Know Me” will clearly open eyes on those who slept on his style. For this Jewish rapper, it’s neither black nor white – it’s Red, the same color blood we ALL shed.