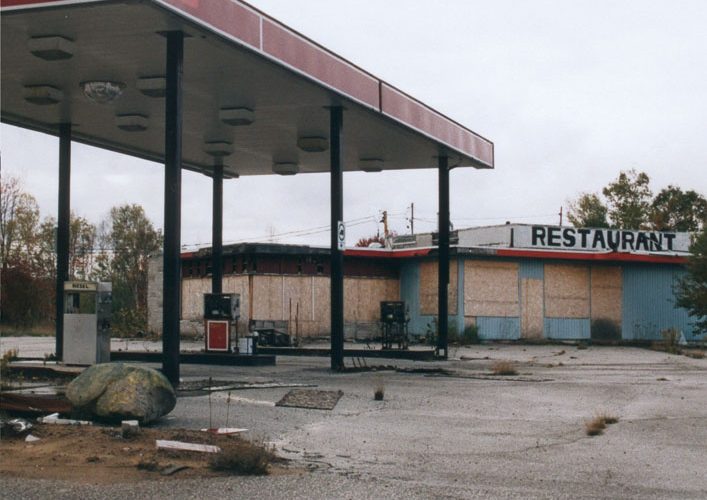 What you know about Canadian hip-hop? There’s this crazy cat, Rod Bailey, who once went by the name Roddy Rod, and now calls himself mcenroe, and hails from Vancouver BC, and wants to do nothing more than produce and rhyme. Wearing his producer ‘hat’, he once quipped that he didn’t not want to fall off like RZA did; and while donning his MC ‘hat,’ he puts forth, on “can’t get there from here,” the album’s second track:

“I used to be embarrassed by my nasal delivery
in fact I almost let the critics get the best of me
but the day I stop writing rhymes, stick to making beats
is the day I sample ‘Between the Sheets’
by the Isley Brothers and hook it up with ‘Impeach the President’
it won’t happen, got no time for hesitance […]
I don’t talk shit just to make you believe it
it’s called freedom of choice, you can take it or leave it
I’m an acquired taste with a second listen every night
they say I sound white, guess what? I am white…”

No one with the requisite skills to critique will make this ‘farm boy’ clam it shut. Blessed with an astute ear for music (from his youthful days listening to Elton John, Van Halen and the Dead Kennedys), mcenroe’s production is astounding, and he says it results from “digging in the crates” with the conviction and backbone of a coalminer. The opening cut “documentary” has an ominous interlude at the beginning. As the deep bass and drums catch on to the plot of the track, your neck muscles involuntarily begin to contract and snap your head rhythmically back and forth in a jerk-to-the-beat head nod. Such is the impact of mcenroe’s production. A skillful composer and arranger, he admits that “his favorite part of this music thing is coming up with a whole song, meaning making a beat, writing a rhyme, maybe singing a bit.” This first track asks the question “do we mind giving up true freedom as long as our grass is green and our food doesn’t get served cold?” Food for thought?

Mr. Bailey is well aware of the fact that most think that he does not have “the voice” nor the “juice” to leave a skid mark on the “tightey-whiteys” that is hip-hop. Regardless of what they will say, he asserts that he “has too many ideas to not want to rap for” himself. Sounds like dude has plenty on his mind, and wishes to express himself through an art form created for such. He further feels that “his songs are not a measure of his vanity,” but are simply a way for him “to fight the insanity.”

Needless to say, production was handled wholly by mcenroe, and all cuts on the LP were done by Peanuts and Corn Records crew mate Hunnicut. The third anthem “got away with one” will unnecessarily draw parallels with that ‘other white boy’ as he spat on “Brain Damage” on “The Slim Shady LP.” The content of both tracks are quite similar, save for the fact that Slim’s verse about “brawny bullies pickin’ on” him resonated more; simply because of the “urban angst which makes most rap artists” like Em “so fiercely captivating.” Not to say that mcenroe was outdone though:

“He sized me up, licked his chops
Prepared to kick my ass
cause I hardly had a muscle in my body
except for my monstrous calves
Which I developed everyday
riding a skateboard endlessly
And this was all by instinct, as we were natural enemies
as he played hockey for the team
just another one of the fellas
But all the pretty girls dated skaters
So they were probably jealous…”

The oft described as a “chunky white kid” manages to turn the listener into someone who begins to realize why this cat is “already a legend in this (Canada) country’s hip hop underground.” Sure, the laid back drawl may sound characterless and monotonous, however, it is precisely this trait that ensures that mcenroe’s verbal badge stays imprinted in the fibers of my grey matter. The manner in which he flows matches the “electric piano, guitar, organ and bass” laced beats permeating throughout this sonic dissertation. Standout cuts are “convenience now redux,” “let’s pawn the bracelet (and head for vegas)” and the LP’s title track. On “redux,” and “disenfranchised” he “dissects the greed of multi-million-dollar conglomerates” and governments. The Vegas track is described by its scribe as a song that “might blow up, but it won’t go pop.” It has the type of “Fear and Loathing” carefree aspect, with a great guitar riff and hook; and Bailey also sings to the bassline. Production wise, I think this dude has a lot to offer to many an artist. On the real Son – kid’s kinda nice with the beats! The former Roddy Rod “builds lush soundscapes that serve as a perfect tonal complement” to his erudite and insightful views.