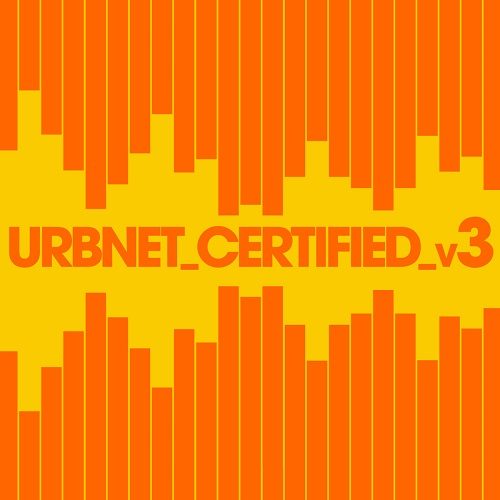 URBNET compilations tend to be known for a relative insularity to their own label roster and to the Canadian hip-hop scene they rep – and neither of those things is to their detriment. When many of their American contemporaries seem trapped in paradigms of rap stardom that stopped working years ago, groups like Animal Nation are able to reinvent what hip-hop music has the potential to be, reminding us of the truly limitless potential of the art and culture so many of us grew up in love with. In my lighter moments I speculate on the reasons why this happens – maybe it’s the socialized medicine, maybe it’s the colder climate making everybody hustle harder, or maybe it’s the quality of the beer eh? I kid, but there’s no doubting songs like “Wooden Roller Coaster” are hip-hop’s future looking forward.

Frequent URBNET consumers have come to expect a certain group of names to be represented on these releases, and won’t be disappointed to see they’re here. D-Sisive’s melancholic cover of Naughty By Nature on “Ghetto Bastard” is a treat, Moka Only answers his own question on the funky synthesized sounds of “The Why Song,” and the latest Canadian dynamic duo of Perfeck Strangers (Dan-e-o and Promise) have some “Work to Do” on a superbly hype bouncy beat.

Promise: “None of it seems strange, it’s the way that it is
It’s just not the truth that we say to our kids, they fibs
Last week I had to ask my landlord
If there was anything in my crib he’d give cash for
All he asked for was my passport
I just need to make sure you pay me, that’s all
So I ask I God, if first is You
Help me out, I got some work to do”

Dan-e-o: “Drake’s now world renowned, Promise signed to Duck Down
That leaves Dan-e-o as the only one who’s stuck now
It sucks how ain’t nobody ever put me on
Come on Kanye or Wayne, or anyone hearing this song!
Somethin’s wrong when your friends be askin’ ‘What’s happenin?’
For the last time, that’s it! Yes, I’m still rappin’!
Like I still breathe, still eat and still blink
And still think, ‘Should I leave a tip for this drink’
Cuz I might need the change, man this game really gets to me
I own a crib but can’t afford my destiny”

So in short it’s no surprise that the expected names like Kae Sun (singing his way through “When the Pot”) or Wordburglar (going Scooby Doo like MF DOOM on the track “Fred Broca”) come through, but there are also some pleasant surprises. mcenroe’s “You Are a Robot” is a dangerous choice to start the album with, because it’s the kind of experimental rap song which doesn’t leave room for fence sitting, but it appeals to me for the same reason I like hip-hop from Aesop Rock or El-Producto. mcenroe’s not afraid to go there with his flow, attacking mediocrity and conformity in both life and rap music:

“The commoner’s mojo
is to follow along and just go with the flow so
Produce and consume, always reduce, resistance
Cause it’s how we were groomed, for such a lonely existence
And if, you hate your job you can quit in a minute
but the one you get instead will be no better, admit it
Think like a robot would, of wood and metal
Nobody’s here to cut your strings like Geppetto”

That’s the real delight of a “Certified” compilation – the unexpected pleasures like Plex’ “Warriors” and the techno-futuristic “Buzzin'” by Jo Thrillz. For the dedicated URBNET consumer many of these songs are bound to be repeats from singles and albums they’ve already bought, but for a casual consumer or a general fan it’s a good value compilation with plenty of quality tracks. For a first-timer, there probably couldn’t be a better introduction to Canadian hip-hop than this.