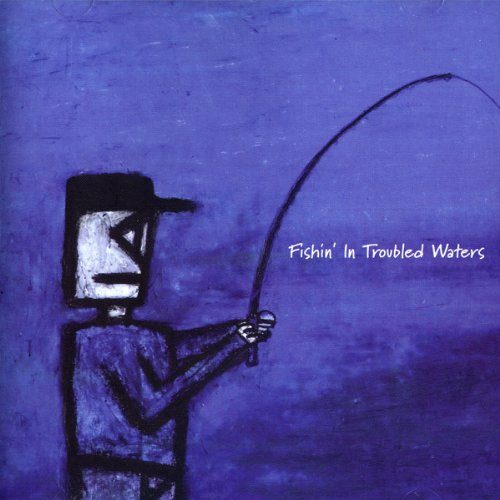 There’s an alternate dimension to the hip-hop world we’re all familiar with that many “heads” who profess to love everything about the music and culture completely fail to see. From the trendiest backpacker to the most thugged out cheeba smoker to the stonewashed skateboarder, all claim their own slice of what’s “real” and profess it to be the holy grail held high above all others. While such limiting influences can be healthy in keeping culture from being reappropriated by outsiders in some cases, it hasn’t really kept America at large from picking apart whatever elements of hip-hop it wanted at will – the very trends the backpackers follow, the thugs smoke out to, and the stonewashed jeans of the skateboarder sold with a baggy fit and a beat by Rocwilder.

Thus the paradigm left a void for people who wanted to explore the creative limits of hip-hop as a form of music and culture and in fact push past them; but the “realists” steadfastly pushed them back. As an alternate scene developed within hip-hop but overshadowed by more popular contemporaries for backpackers and thugs alike, websites such as HipHopInfinity.com sprung up as portals to this alternate dimension of rap. For those brave enough to cross through to the other side, they discovered a world where hip-hop music had no limitations – a freedom that could create everything from the idiotically banal to the blissfully sublime. For them, “Fishin’ in Troubled Waters” encapsulates the strength of this experience. Take a journey with Rembrandt and the Professor – you can slide into this new world and find it’s just like the one you already knew, but the rules and the sound are a little different.

As the liner notes to this album indicate, the idea was to present “selected pieces with a shared vision/theme.” Not only does this keep the sound highly cohesive, but the quality of the selections at such a high level that even the Handicapper General would have to make an exception to most of the equality amendments and allow their greatness to be appreciated by the public. Mars ILL epitomizes the pureness of this uninhibited artistic vision on the DJ Dust produced “My Life”; wherein a plucky guitar line even Carlos Santana could envy meets the struggle to overcome existance itself:

There’s so much to be amazed by in this alternate universe that it’s hard to retain healthy skepticism. The smooth trumpet flourish and melodic slow-moving beat wrap around you like a blanket while listening to “Suicide Diaries” by Lost One where “the only thing suitable is a removable casket.” The lyrics have multiple depths and casual observation will not reveal the layers of meanings hidden within, but the greatness of the music will keep you coming back for more. iCON the Mic King presents a braggadocious parable of dopeness on “Insight” with powerful visuals like “write my rhymes in braille – you have to feel how I communicate” that work well due to Leprechaun’s simple and effective beats. This is only the tip of the iceberg though – the grand beauty of “Testament” by JAQ is hard to capture in mere words or lyric selections; but exists on a level where the best of Talib Kweli’s “Manifesto” meets the soulful yearning of Common’s “I Used to Love H.E.R.” and makes a powerful statement about lifting hip-hop up to higher levels to the music of JL and the cuts of DJ Tommee.

From the eeriely powerful background singing of Paradigm’s self-produced ode to revolution on “Freedom Fighters”, to a rapper named Erosadis who sounds like R.A. the Rugged Man on methadone on the track “Rotten Apple”, each track presents another slice of an unseen world of rapping reality. They can be examined like the function of cellular bodies under an electronic microscope, or can be appreciated on a macroscopic level for the quality of the beats and rhymes, but the beauty exists on either level to a degree that is hard to ignore. This album is fiddling with what people perceive hip-hop should be or sound like, and won’t please those whose limited expections involve punchlines every four bars, gunplay every eight, and a chorus every sixteen. Those people won’t understand when Solo says “in a society that treats sensitivity like an allergy; take an antihistamine and stop your sniffling” with an ode to his father on “Blessed.” This is the true irony – the same people who all the time yell about “keeping it real” won’t be able to handle a rapper being in touch with his emotions instead of aggressive male macho posturing. This is as real as it gets – a son who loves his dad. For the open-minded, openly curious, and unafraid of conformity, this will be the album they waited for. Those who created it aren’t worried – there are enough people fed up with generic thuggisms and cliched backpackerisms to keep the portal open even if the mainstream of larger music let alone within hip-hop will ever appreciate it.