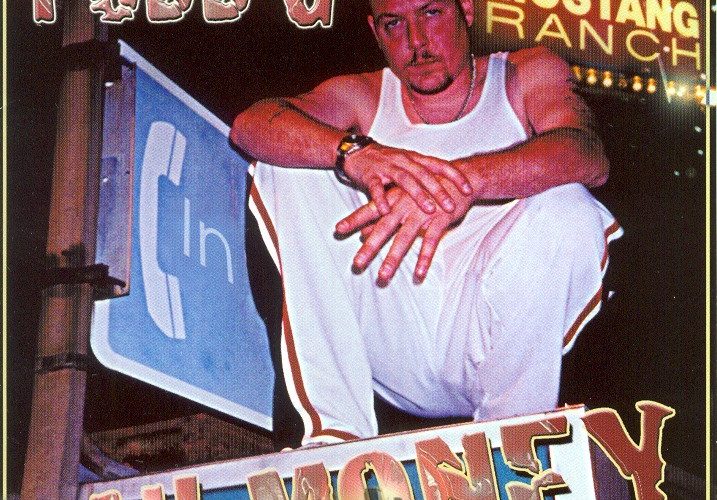 Perhaps it’s just me, but self-proclaimed white pimp rappers with multiple convictions aren’t impressive. However, their methods of broadcasting this information through their lyrics and music often times leave me quite amused. Upon listening to Todd G â€“ Bail Money, I was definitely amused, at least for a short while. Yet, after listening to around fifteen songs about this white rapper’s experiences involving prostitution, the street life of Portland, and doing jail time, I’d had about enough.

The entire album is almost exclusively influenced by West Coast styles of rapping, whether it’s the beats or the lyrics. However, the delivery of both of these is far from flawless. First off, Todd G’s voice reminds me of that annoying kid on the bus with the high, nasally voice that would never shut up. There is an echo-like quality to his vocals that leads me to believe he must have recorded the vocal track about five times and then combined them together. While it is common practice to do this to strengthen a track, Todd G’s voice is forced to rely on this in order to be comprehendible. In addition, his voice will give out and become barely audible at some parts. This, when paired with his forced, hesitant flow, combine to make a slew of quite un-enjoyable songs.

Lyrically, you’ll find everything you’d expect from a white pimp: prostitution and street life. Check his recruiting methods on “Todd G Got Her”:

“Her first name is Tina
But her name’s been changed to protect me from the felonies and misdemeanors
I meet her at the Greyhound station, waiting for no one
Runnin’ away but didn’t even know where she was goin’
She said her step-dad was a bad man
And where she’s from, he gives much more than a back hand
So she packed her bags and went, well there you have it
Raggedy purse in one hand everything else she owned in a basket
So I grabbed her, told her “This too shall pass
I’ma show you how we gonna make ourselves a whole bunch of cash”

Now on to boasting his player skills on “Did You Like That?”:

“I was like – Damn, baby got it goin on, whats up, can I hit it?
And ever since then she been up in my business
But when I got time to slide through and pick her up
I took her to the telly and said ‘fuck that slut’
No time for dinner and dancing, now see that ain’t me, I can’t do that
But best believe I’m not through with that
See I’d rather save you for later and check my pager
Keep my game sharp like a razor and always break her”

Needless to say, it gets old. Unfortunately, the beats that accompany most of these songs do little to salvage any iota of quality. For the most part, they are very unoriginal, looped drum beats that become repetitive and annoying. The last song on Bail Money, “Street Life”, is a bonus solo R&B track featuring Arjay, totally free of Todd G’s “skills.” Regrettably, this is the best song on the CD and the only one worth more than a few listens. With as prosperous of a prostitution business as he leads us to believe he has, I’m left wondering why he even has to try rapping. Todd G raps that he’s the “last of a dying breed.” Let the breed die, Todd, let it die.