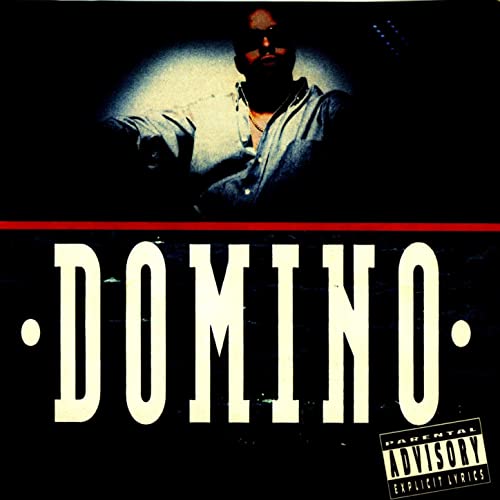 “So I approached the freak of the week
and I played it like a game of blackjack
And fo’ all the ass-ets she toted around
well I offered a backpack
And since I’m a mack, well
you know how the story goes”

The “Getto Jam” from Domino was unavoidable in 1993. I’d even go so far as to say it was ubiquitous. Turn on the radio, there it is. Turn on MTV, there it is. A car drives by bumping its speakers loud? There it is. 50% or more of the credit for its success has to be given to DJ Battlecat, who successfully sampled from Sly & the Family Stone along with George Benson to create a smooth ass jam. Give the other 50% or less to the novelty of Domino singing his G-Funk, long before AutoTune crooners ruled rap. He may have been born in St. Louis, but Shawn Antoine Ivy was straight up Long Beach by the time he started “Bangin’ on Wax.” That’s right — he actually got his start on the (in)famous Bloods & Crips album, but Domino didn’t really feel like gangbanging any more by this point. He just wanted a slice of that “Sweet Potatoe Pie,” and like The Rock you know exactly what kind of pie that is.

Whoever uploaded the video corrected his spelling, but Domino actually added an “E” to the end in what I can only assume made him the latest person to mock Dan Quayle. Don’t worry if you’re not old enough to remember who he is, because this song is far more important. Battlecat hit the nail on the head again with his production, using the same S.O.S. Band loop that Black Sheep did for “Strobelite Honey,” although I dare say he flipped it in a slower and funkier way. If you thought “Getto Jam” was going to make Domino a one hit wonder, the more traditional rap flow and irresistible groove solidified his status as a brand new star on the scene.

Nearly every part of the self-titled “Domino” debut was produced by Battlecat, with the long exception being the AMG produced “Stay Real,” which Mr. “Bitch Betta Have My Money” guest starts on along with Laquan. It’s not a poor track, but it fails to capture that smooth G-Funk sound that Battlecat successfully provided on songs like “Do You Qualify?” The unkind might have said he was a poor man’s Dr. Dre or Warren G, but take a listen for yourself and see if you find him unworthy of comparison to either one. I think he’s in their league and swinging for the fences with every hit.

Domino seems to only have two thoughts on his mind — getting high and having sex — and those two often merge lanes on one track. Who’s mad about it? I can think of far worse ways to spend a day, and the same can be said for listening to “Domino.” Perhaps it’s a bit telling how much he admired Snoop and Dre when he raps a song called “Long Beach Thang,” but he would have fit into 213 seamlessly so real must recognize real.

I won’t excuse how casually Domino throws around the words “bitch” and “hoe” if that sort of verbiage bothers you, but in the context Domino seems playful as opposed to being a straight up woman-hater. He’s certainly not offering to solve an unwanted pregnancy by kicking a woman in the tummy, which at least one rapper and now famous actor threatened to do on a song. Calling a woman a “bitch” seems analogous to calling a man a “nigga” for Domino — it’s just the way he talks. I’m not bothered by it nor by any perceived similarity to other West coast acts who had more longevity than Mr. Ivy. “Domino” is a fine album to revisit, and what it lacks in topic depth it makes up for in pleasant grooves.