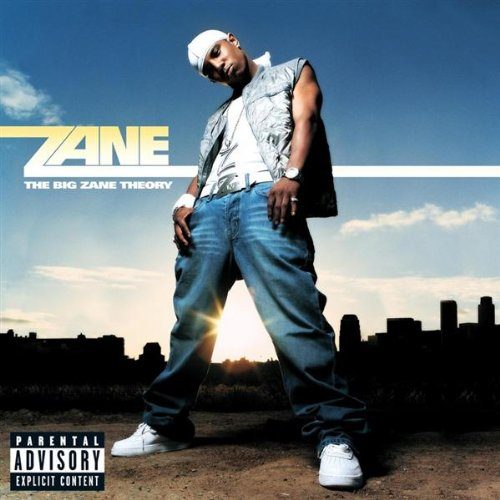 The latest since Bow Wow to drop the Lil’ from his name, Zane is back in 2003 to show us that he updated his game. The budding rapper has come a long way since appearing as Zane Copeland Jr. on the 112 song “Anywhere” and releasing his debut album “Young World: The Future” in 2000. He’s appeared in films such as “Finding Forrester” and “Dr. Dolittle 2” and managed to squeeze in a small part in “The Fighting Temptations” this year all while wrapping up the recording of his sophomore album, “The Big Zane Theory.”

For Zane, whether it’s acting or rapping, his goal is clearly to find his own identity. Bear this in mind – Zane just turned 21 in July of 2003. As this album was hitting stores, the hip-hopper was probably hitting stores himself for legal liquor. Judging by the album though, Zane’s already been big ballin’ for a while. Slickly produced songs like “Come Runnin'” featuring Envyi may be hard to fathom given that Zane is boasting about giving UP his player ways:

“My life’s a little different
I used to be big pimpin’
Now I’m, casually sippin to eliminate the trippin
Though I love women, I gotta keep it to a limit
Bought a two-seater just for me and you to fit in it”

Not to say Zane couldn’t have been a big baller since 13, especially when hanging out with the likes of P. Diddy and Hollywood moguls, but it seems odd for anyone to rap about settling down after just turning legal. Zane shows the depths of his affection again on the lead single “Tonite, I’m Yours” featuring Tank, so one can at least hope he’s talking about the same woman:

“And I know it wasn’t easy, I was never home
Concerts, videos, and you was all alone
We spent many nights talkin on the phone
You started catchin attitudes, I heard it in yo’ tone
I used to tell you I’d be back when I could
You think I’d leave my babygirl in the hood?
(Hell no) I would never do such things
I wanna show you what true love means
Im’a put you on a pedestal, love so incredible
Victoria Secret’s candy thong so edible
Spiritual, mental, not just sexual
I’m deadin all my plans to be next to you”

Clearly, Copeland Jr. fashions himself as an updated version of LL Cool J. It’s evident in his slick delivery, the J-Lo-esque “All I Have” smoothness of Sir Santiago’s beat, and the joy with which he lives it up when not recording hip-hop ballads. In true player fashion, Zane loves to “Peel Out” and hang “In the Strip Club” where he can watch fine honies “Shake It” until it’s time to “Do It, Don’t Stop.” If this sounds like an endless slew of hip-hop cliches, then you got the right impression. Zane brags about having “more carats than Bugs Bunny can deal with” and manages to simultaneously sound uncreative and unimpressive. Imitating LL’s smoothness may enable crossover success, but LL made his name by being “Bad” first and nothing about Zane implies that he can take a musclebound man and put his face in the sand.

Like the films he has appeared in to date, “The Big Zane Theory” is a setting full of glamour and glitz that’s often short on any substance. That’s not all bad. Good Hollywood movies are often pure escapism which doesn’t need to be grounded in substance. Big action. Big laughs. Big physiques. Well, Zane is still pretty little in that regard. He may be imitating LL stylistically but he doesn’t have the veteran’s chiseled frame. It doesn’t matter though, because with or without the Lil’, Zane is still a yung’un. That’s perfect for a duet with fellow young rap star Roscoe on “How We Ride,” one of the album’s highlights. And to be perfectly clear, “The Big Zane Theory” is not a bad album. The diction is crisp, beats are up to par, and lyrics aren’t needlessly explicit despite the parental advisory. If anything the sticker is just another way for Zane Copeland Jr. to show that he’s all grown up, but in artistic growth he’s only just getting started.