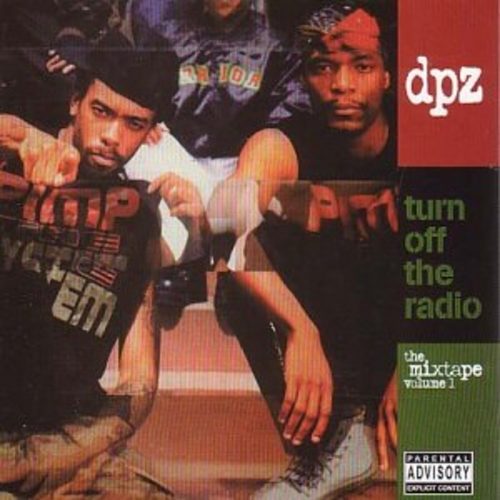 The first album of the aggressively political group Dead Prez was called “Let’s Get Free,” a title not only appropriate for the black power message, but also as a prophetic mantra for members M1 and stic.man. Shortly after the release of “Let’s Get Free” Dead Prez bounced from its label, Relativity Records, and found greener pastures (so far) through indie-label Landspeed Records, releasing the warmly-received “Turn Off The Radio” last year. The move made perfect sense: independent thoughts require an independent label.

The results of the group’s new artistic freedom are obvious. Dead Prez’s new album “Get Free or Die Tryin’ – Turn Off the Radio Vol. 2” clips by fast and hard (16 cuts in under 45 minutes), and rolls like a sonic Viewfinder at Mach speed. It’s nothing short of a breathless run that requires an immediate replay. The Intro is a brilliant parody of a classic gangsta rap LP â€“ I’m not revealing the album here â€“ done so well that I actually thought I had the wrong disc in my player. However, instead of pouring the Haterade down the listener’s throat on how bad gangsta rap, Dead Prez wisely modify the original track and has the listener identify the connection between the gangsta rapper and itself. Revolutionary but gangsta, indeed. Dead Prez quickly gives us the business on the first official song, “F The Law.” Over a menacing Just-Blaze-chopping-up-Metallica beat, M1 and stic.man tell you what the fuck to do if you’re fed up with this fucked-up country:

“Slap a white boy, snuff your landlord
Smash the windows, take the camcorder
Rob the corner store, rob the precinct
Take the CO, stab your DT
Pimp the system, bang for freedom
Fuck the high school, burn the prisons
Ride on the record labels, chump your A&R
Fuck the contract, reach the AR
Get your bank up, stick the banks up
Break your handcuffs and raid the campus”

One of the album highlights is the smoothed-out “Coming of Age.” It’s easy to dismiss it when you first put the shit on â€“ it’s a Nate Dogg-like singer busting a hook about getting into trouble, busting caps and such, and the beat could be used for “I Need A Girl: Part Five” â€“ but the three-half-and-a-minute cut is really about the pitfalls of growing up as a minority in America. After a minute you realize that there is a story here:

“I can blame it on my environment why I live so bad
Or I can blame it on my mom and my dad
But I was into crack hard, baseball cards, I loved to hustle
Erased all my fears with the loot from my first bundle
Just a young nigga stuck in the jungle
Glue the ball to my hand, nigga can’t fumble
Mama prayin’ to the church, can’t believe what her son do
But if only she could fathom what these streets done come to
Lil’ boo-boo gotta pack, he’s wild as fuck
Not to mention going back and forth to jail, what’s up
Is society to blame for you gone wrong
Or for parents not teaching their kids all along
You try to blame it on the rap songs, the reason we wild
But we know that it’s their Hollywood that’s affecting my child
The way I see it, yaw can’t judge me until you live my life
I’m just dealing with what you give me in life”

Another strong story is told on the following “Tallahassee 93,” a two-minute no-hook biography about Dead Prez’s life in Florida. It is honest, painful, and strong:

“Whoever said ‘Life is beautiful’ lied â€“ this shit is hell
Too many funerals, too many of my niggas locked in cells
No one ever put me on that life was like this
I’m 20-years old and my whole life’s a crisis
There’s no way out, and I mean that when I say that
Runnin’ around from place to place like a stray cat
I don’t own no home, I own nuthin’
I’ve grown up with nothin’ to show for all my hustlin’, still strugglin’
And my job is a joke, they ain’t hirin’
The only free ride that I got is with a siren
So what other choice do I have?
I got niggas on the ave that got a slab that will break me off a piece and a half”

That’s the problem with doing this review â€“ cot damn every cut on the album is quotable, from the “Notorious Thugs”-like “I Ain’t Scared To Die” to the Trick-Daddy-meets-PE “White House Is The Rock House,” with the latter having the memorable line “My favorite rappers been slanging right on the radio/you don’t give a fuck/or do you?/that’s what they pay you for.”

It’s an intense musical marriage, almost as if Dead Prez is paying homage to other hip-hop. “Last Days Reloaded” and “Hood News” lift “Last Days” and “Who Shot Ya?,” respectively, and the group even manages to give a Lumidee-like riddim a try on the cut “RBG Love.” And you know the ill part? All the shit works.

Picking the best cut on such an action-packed CD is harder than picking your favorite child, but the cut I’m feeling the most is “Babyface.” It’s a minute-30 and features guest rapper Divine, and his flow â€“ reminiscent of Prodigy of Mobb Deep â€“ hits harder than a bag of bricks. Here’s half of his rhyme:

“My name’s Divine, I’m from the Bronx, you might know me
Young nigga carrying the face of an O.G.
I’ll tell you like my poppa told me
Stay sucka free and fuck the police
What you know about honor, respect and loyalty?
What you know about the father, Che and Huey P?
What you know about being hung, stabbed in the grill?
Nothing cuz you don’t know about the youngins on the hill
On the real, all these fake thugs know the deal
When we start the revolution, all they probably do is squeal
We don’t live by the gun, we just dying by the gun
I knew Voletta Wallace when she still had a son
I knew D.M.C. when he told Jay to Run
Cuz as soon as the paper comes, that’s when the haters come
Aimin’ at your safe for your cake and the crumbs
Can’t escape where you from, I was raised in the slums
When I was young most of my jewels came from the bums”

It sounds like Dead Prez found its voice. I’m listening.