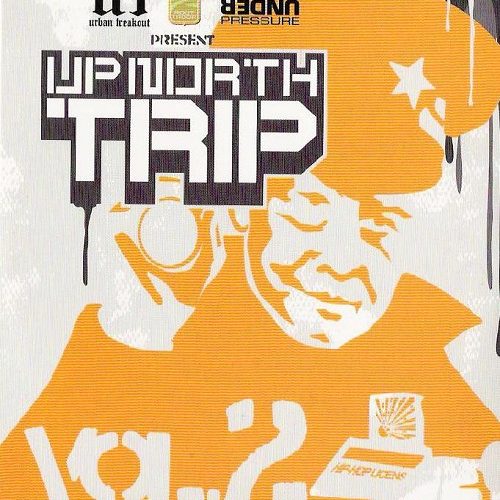 This is one of those compilations that has initial interest because there are a handful of recognisable names on the tracklist. The good thing about “Up North Trip Vol.2” in particular, however, is that it leaves you dwelling on the names and artists you weren’t immediately familiar with â€“ it’s reassuring to know that the underground continually has some decent newcomers to offer.

Among the already-familiar artists that put in an appearance on this project are Necro, Royce Da 5’9 and Abdominal. Necro delivers a standard, although not especially good, production on “Not Gangsta”, allowing Troy Dunnit to grab the mic; the track has appeal because while Dunnit’s lyrics aren’t worlds apart from Necro’s own, it’s refreshing to hear any Necro music without the seemingly compulsory gore and sexual abuse references. Royce drops a verse alongside Checkmate and Concise on the bumping, Inspectah Deck-sampling “R.A.W”, and Abdominal combines with DJ Fase to bring “Fry Antics” — one of the compilation’s worst tracks, although it holds some interest for its choice of subject matter, namely fast food.

Starting with the finest moments some of the lesser-knowns have to offer, Simahlak and Theology 3 drop the album’s true standout, “Under Pressure”. Although Simahlak’s production owes a lot to Premier and any number of early-90’s producers, he crafts a head-nodding track out of horn, string and vocal samples, while a hard beat underlines compelling lines such as:

“Meanwhile my own neighbourhood’s depleted
Yeah I’m mad paid but the whole block got defeated
Celebrate? Nah. Was it really worthwhile?
I’m an emcee — “bling bling” was the first vial
Now through my whole city all I see be lost souls
And every record is sold; the real cross grows
They call it hip hop, but now I see division
From the pseudo-educated mad cats with no rhythm
And so-called thugs locked up in state prison:
The first step of widespread colonialism”

On a different vibe, the curiously named Mile-End Artbike-Suicide-Ensemble bring “My Gold Fronts” to the table — the compilation’s only full instrumental track, and definitely one of the big hitters. If you hadn’t seen the liner notes, you’d be convinced this track was produced by Prefuse 73, as it borrows from his cut-n-paste style of Hip Hop instrumentalism, but it manages to come across as an inspired homage to the music Prefuse produces, and not a lacklustre imitation. Back on the lyrical track, Shades of Culture bring some fire on “Unbreakable” over a track that uses some inventive bongo drums and DL Incognito, assisted by the cuts of DJ Grouch and Techtwelve’s Jazzy production, confidently steps to the mic on “Rugged Raw” to deliver:

“DL is, like, hated by Greenpeace; cut more trees
So I can get more paper, then rob more beats
Yo, brothers screw face me, ladies kiss they teeth
Underground niggaz know my shit is deep
So niggaz give me pounds, yaps and salutations
I’m ahead a ya game; I’m ya motivation
I’m what hip hop is — your station’s hatin’
I’m loved by a segment of the population
It’s not everyone that can relate to this
I’m biased the flyest with the mic and shit
I grab – it a bad habit that’s hard to shake
I’m magic on vinyl, CD and tape”

Looking to the other end of the spectrum, the previously-mentioned “Fry Antics” is probably the track that impressed me least out of the line-up but, just as that was redeemed slightly by its unusual subject matter, other lesser tracks on this compilation also manage to have at least one thing going for them. The Sebutones’ “Peach Rmx” isn’t without appeal with its slow, bare backing track, but what it lacks in lyrical punch, it makes up by being built around the concept of a stick-up that happens in the early twentieth century period of mob disputes. Similarly, “The Next (Small Talk)” isn’t one of the best examples of lyrical prowess on the album — although Bless’ verses are by no means bad — but the track is made appealing by Eric. S’ lazy production and his usage of a great female hook sung in a jazz style.

The nineteen tracks “Up North Trip Vol. 2” has to offer mean that the album is inevitably a little too much to consume or comprehend at once, but picking tracks at random, there’s barely one on there which has no redeeming features whatsoever. The people at Under Pressure who compiled this have succeeded in delivering an album that is enhanced by its use of the music of talented, relative-unknowns, instead of relying on the strength of well-established names to attract interest. Anyone who finds appeal in exposure to a number of hungry, up-and-coming artists should be pleased with what this comp. has to offer. Now, if you’ll excuse me, I’m off to try and hunt down “Vol. 1”.