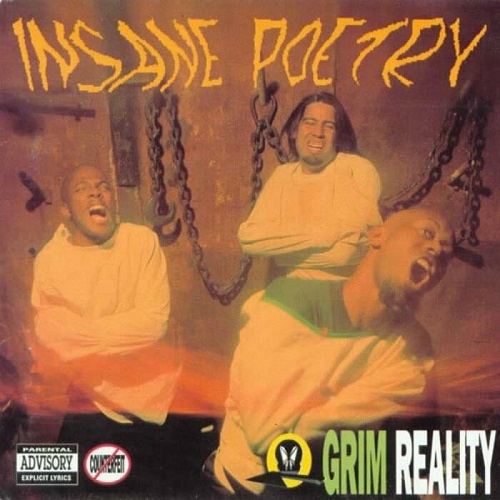 Anybody familiar with the world of literature will tell you that some of history’s greatest poets suffered from mental illness. Indeed it is a common belief that, as the Greek philosopher Aristotle put it centuries ago, “there was never a great genius without a tincture of madness.” And if you run a superficial web search with the words ‘poets’ and ‘mad’, you will sooner or later run into English scholar Robert Burton who in 1621 in his “Anatomy of Melancholy” concluded: “All poets are mad.” Arguably, declaring someone ‘insane’ has always been an easy way to shut them up or to cover up one’s own ignorance. But still, the lives of world renowned writers such as Edgar Allen Poe, Leo Tolstoy, Virginia Woolf and many others show us that creative thinking can be both a gift and a curse, a passport to personal success as well as failure. Yet at the same time, artists have long used their work to keep their mental sanity and to deal with their destructive tendencies.

In 1992, the LA-based rap group Insane Poetry dropped an album that was well aware of the meaning underlying their name. A concept album of sorts, “Grim Reality” was divided into a ‘Grim Side’ and a ‘Reality Side’. On the former, lead rapper Psycho wreaked havoc as the self-proclaimed Angel of Death, while on the flip he abandoned the horror movie script in favor of a – not particularly less graphic – reporting on the problems of the world today.

People familiar with perennial teenage boy favorites like ‘Halloween’, ‘Nightmare on Elm Street’, or ‘The Exorcist’ should have no problem stomaching the contents offered on “Grim Reality”. They will listen in delight as Psycho keeps the splatter factor high, engaging in bloody wordplay in his quest to “let the Charles Manson Family look like the Huxtables.” There is not the slightest doubt that you’re dealing with a complete lunatic here:

“Angel Of Death committin’ murder, son
Eat your brain and heart right on a burger bun
cause I’ve acquired a taste for human skin
slap the shit on a plate and watch me chew and grin
[…]
Cuttin’ out their hearts like a artichoke
Shit, I done lost my marbles, loc
I wrote everything down, so take a look
through the pages of my human cook book”

But what ultimately made “Grim Reality” a record people still like to go back to (to the point that even All Music Guide puts it “among hip-hop’s underground cult classics of the early 1990s”), was the powerful musical package this lyrical gorefest came with. Although far from original as far as sampling goes, the album still makes solid use of many classic breakbeats, from “The Big Beat” to “Ashley’s Roach Clip” to “Atomic Dog” to “Jungle Boogie” to “I Shot the Sheriff” to “Funky Worm”. Combined with Pycho’s dark vocal drone and pugilistic flow, this was sure to induce an adrenaline rush like only hip-hop was able to provoke it back then. There are several hype songs to choose from, but the single “How Ya Gonna Reason with a Psycho” stands out to this day. The track takes all of its ingredients to the next level by jerking them violently into an explosive mixture of shrieking sounds, thumping beats and demented rhetoric. But just like there’s a method to the madness of “Grim Reality” as a whole, there’s one at work here, as each of Psycho’s verses cummulate in the rhetorical question: “How ya gonna reason with a psycho?”

Not surprisingly, however, on “Grim Reality” the monotony is just around the corner from the excitement. There’s hardly anybody who needs to be told that “listenin’ to my lyrics is like watchin’ a horror movie” after you’ve been treated to all kinds of gory depictions like “It’s a pool of dead bodies, let’s take a swim” or “I made a mess out the bitch with a pitchfork / I love my artwork, but it’s a bloody sport / with these walls as a canvas it wasn’t naythin’ / used your wife’s blood and started fingerpaintin’.”

Fans of related genres may recognize the references to the early ’70s British horror flick or the Iron Maiden song of the same name when they get to “The House that Dripped Blood” and “Bring Ya Daughter to the Slaughter” respectively, but they will also notice the lack of any storyline or song concept, doomed to listen to Psycho’s “crazy lyricals” that tell you of his habit to “suck blood through a baby’s umbilical.” You get the picture. Even the quasi-conceptual “If Rhymes Could Kill”, which starts out promisingly with “If rhymes could kill / they’d have this nigga strapped in a strait jacket / cause my lyrics chop like a chrome-plated hatchet,” don’t really offer a break from the routine.

The only revelation after you think you’ve figured the ‘Grim Side’ out is that Psycho suddenly starts adding rival rappers to his list of victims, the most noteworthy line being: “Cookin’ rappers on my grill with they chest turnin’ / (*whiff*) Aah, the sweet smell of flesh burnin’.” On “The House That Dripped Blood”, there’s even a bit about biters of their click’s style. That would be The Nightbreed, a crew that gathers on the prerequisite posse cut “Stalkin With The Nitebreed”. Over beats originally conceived by Marley Marl (“The Bridge”) and EMPD (“Strictly Business”), acts like Kaotic Minds Corruptin’, Death BLO, Shakespeare The One Man Riot, and even Joe Cooley (of Rodney-O & Joe Cooley fame) assist Psycho and his partner EmDee to conclude the psychotic slayings of side A.

If side B would pick up where A left off, Insane Poetry would have to be considered a one-trick pony. But on the album’s title track, Psycho makes way for a different point of view: “You know the Psycho likes to kick horror raps / but on this side, yo, I gotta kick the horror facts.” Some of them they present on the skit “The Horror Facts”, and while serial killers like John Wayne Gacy and Jeffrey Dahmer once again are mentioned, so is Rodney King. Other things they saw as part of this ‘grim reality’ affecting us all were illnesses such as AIDS and manic depression and the ineffectiveness of their treatment.

So Psyco switches his perspective from fictional and real-life boogiemen like Hannibal Lector and Jim Jones to ordinary people who freak out because they lose their job or because they’re being cheated on. Shit ain’t pretty neither, but the ‘Reality Side’ adds a psychological and sociopolitical dimension to the album that sparks new interest. “Six in the Chamber” is wary of gangmembers and policemen at the same time and advocates self-preservation. Another song lets us in on the irrational thoughts of a man who takes the phrase ’till death do us part’ too literal, while “One Careless Moment” relates the popular urban legend of a woman infecting a man with AIDS, leaving him to discover the words ‘Welcome to the world of AIDS’ scrawled on the mirror in lipstick the morning after. On “Raise the Devil”, Psycho for the first time takes on an explicitly black perspective, concluding with: “This is the land of opportunity / but what I know is that a big dick is screwin’ me / this is for the niggas makin’ niggas taste the metal / wake the fuck up, cause you’re raisin’ the devil.”

Since this review is written more than a decade after the album’s release, it doesn’t have to compete with its then-contemporaries anymore. Certainly, it not only didn’t sound particularly West Coast, many of its samples were also way past their date of expiration. However, given the wholesome funky, richly textured tracks (two of them produced by Joe Cooley) and the clever incorporation of details such as Jack Nicholson as The Joker in ‘Batman’ opening up the dark “Raise the Devil” with his chilling invitation “Tell me something, my friend, ever danced with the devil in the pale moon light?” or Rose Royce’s “I’m Going Down” framing “Till Death Do Us Part” are features that work in this album’s favor today as much as they did back then.

A final highlight, the epic “Manic Depressive” (set to a bluesy piano break) follows a man back into his past when he killed his abusive father, and back to the present when he adopts the same course of action, killing the landlord who threw him out, the boss who fired him, a bunch of innocent bystanders and finally himself. Dramatization included, mind you. So in case this has passed you by so far, the level of depiction makes this clearly one of the most violent rap albums of all time. What it comes down to, however, is what the listener learns from all of this. If “Grim Reality” would consist only of the ‘Grim Side’, it would offer little more than your average slasher/splatter movie. But with the added dimension of the ‘Reality Side’ and Psycho’s closing comments where he reflects on the relationship between both these visions, it becomes one of the more intelligent comments on this messed up world that the reality-obsessed artform rap was able to offer in the ’90s, as well as Psycho’s very own attempt to stay sane in a crazy world: “Shit, if I didn’t rap I’d probably be a serial killer / you’re lucky that I rap, but you don’t hear me, nigga.” How ya gonna reason with that?