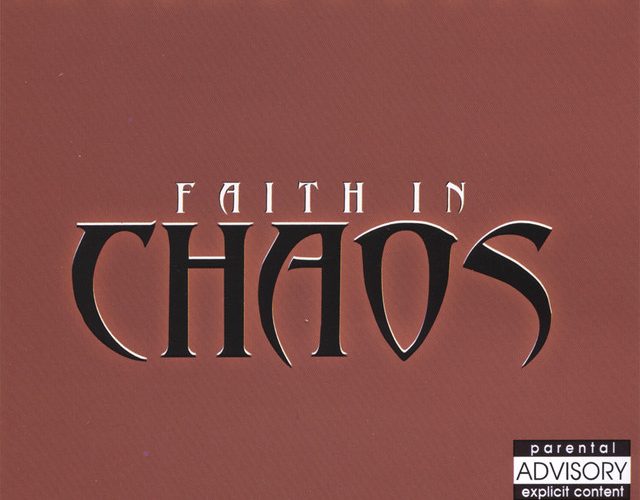 What someone once labelled ‘horrorcore’ seems but a footnote in hip-hop history. But if you consider the longevity of artist like Esham and Brotha Lynch Hung and the variety of artists who at an early stage of their career had a soft spot for the shocking and the supernatural (Three Six Mafia, Big L, Chino XL, Bone Thugs-N-Harmony), horrorcore is in fact hard to kill. From pioneers like Ganksta NIP to bandwagoners like the Flatlinerz to critically acclaimed acts like the Gravediggaz to contemporary mic-slingin’ madmen like Tech N9ne, Cage, D-12 and Necro, there’s a tradition in hip-hop to explore the realms beyond reality and reason and to deal with the morbid and macabre. Not everybody did it as bad as the Insane Clown Posse, and not everybody as good as Insane Poetry.

Their 1992 debut “Grim Reality”, a bloody mess spliced with social commentary, remains one of the best efforts of the genre. In fact, Insane Poetry seem to be able to lay claim to the copyright of this bastard child of horror stories and rap music. As a high school senior in Cerritos CA, Insane Poetry lead rapper Psycho, along with a friend, created a precursor to horrorcore with his very own ‘Terrifying Style’ as early as 1986. After a stint at LA’s AM station KDAY, he formed Insane Poetry with DJ Streek and Shakespear The One Man Riot. In 1988 they released their first single “Twelve Strokes Till Midnight”, followed by an EP later that year. Shakespear had left the group and been replaced by EmDee by the time they were ready to record their first album. One year later the label they were signed to folded. But the vision of Insane Poetry was kept intact. Pope replaced EmDee, and in 1995 they released their sophomore effort “Blacc Plague” on React Records, which they left one year later.

Even though they never left their niche of relative obscurity, people didn’t forget about Insane Poetry. Ex-pop sensation Vanilla Ice featured Psycho on his 1998 album “Hard to Swallow”, while Left Coast indie entrepreneur M-Boogie put out their 12″ “Let ‘Em Know” on Ill Boogie in 1999 and brought Psycho together with DJ’s like Melo-D (“Lyrical Catacombs”) and Rip One (“On Deadly Ground”) on various projects. In 2001, producer Jason “JP” Pearl joined Psycho (current spelling: Cyco) and Streek to resurrect Insane Poetry once more. In 2003 they dropped their third full-length on their own Grim Reality Entertainment.

What Cyco said about himself over a decade ago still holds true today: “I’m not your average party rapper / I’m the Psycho, the muthafuckin’ graveyard body-snatcher.” From the bat, he makes it clear that he hasn’t lost his way with words:

“My niggas havin’ stand-offs in prison
locked up for fuckin’ with the rampart divisions
Man, start your engines, we in a race against time
in this cold-ass world where niggas’ hearts is missin’
and I gotta make smart decisions
So I wrote this script and ain’t no edited parts that’s missin”

After a scary “Intro”, a series of news reports set to dramatic strings as you would find them in your typical slasher/shocker movie, the title track serves as Cyco’s mission statement, describing a world ruled by anarchy in which the rapper tries to find his place: “This is the devil’s playground / I just cock back the truth and let the metal blaze round.” The ‘truth’ in this case is not some type of Biblical revelation but the one about this violent world we live in. That’s why he spends the rest of the album re-enacting all kinds of evildoings. His intent is to face evil head on and to force the listener to do the same: “I’m a revelationist / tryin’ to break up out of Satan’s grips / cause I ain’t your normal rap artist / that targets money while babies is sold on the black market.” And so Insane Poetry is “back to the worldwide broadcast,” its reporter wondering: “Are we in the hands of Satan or is it God’s wrath?”

In the same dark, unforgiving tone Cyco leads you through his house of horrors, running down the entire list: Waco, Oklahoma, 9/11, school shootings, serial killers, snipers, Satanism, corrupt cops… Songs like “Voices in My Head”, “Puffin’ on Angeldust” and “Who Am I” follow the standard horrorcore proceedure, but there’s also more ambitious songwriting to be found. “Trackin’ a Killa” recounts the tracking down of the Montgomery County sniper in a simple but suspenseful account without any rhyming or rapping. “Any Given Monday” follows an anonymous school shooter, a fugitive in a car and Timothy McVeigh while they unleash their anger on innocent victims. “Diary of a Killa” is a solid narrative told in vivid detail:

“I got the pigs on a wild goose chase
They steppin’ in some shit, so they better keep they boots laced
They found the place where I left the figure dead
by an abandoned building floatin’ in a riverbed
The coroner tried to hold his breath and his stomach
but the stench from the body and the sight of it made him vomit”

Musically, Insane Poetry make as many offers as possible, covering all bases of the harder edge of hip-hop, from the symphonic bounce of “OKS” to the reflective tone of “Life’s a Gamble”, from the West Coast stomp of “Footsteps of Danger” to the dark hum of the title track. Even the Tom Jones reference on “Delilah” is set in an extremely harsh environment. Very much in sync with the lyrical content, the music on “Faith in Chaos” is as cold as the world Cyco describes. Some beats work better than others, but the most problematic feature is that Cyco’s voice rarely wavers. You wish he’d incorporate some of the acting talent he displays in the “Interview” segment into the delivery of his raps. Still, his strong voice and solid flow fit the album’s atmosphere well.

Overall, “Faith in Chaos” is a solid effort and should appeal to fans of what Detroit’s Esham once defined as the ‘wicket shit’. But it is not another “Grim Reality”, who was and will remain unique. Yet instead of looking back, Cyco looks to the future: “People ask if / I’m gonna make another “Grim Reality”, that was classic / Why would I go backwards?” Backwards they may not go, but chances are that they’re gonna be back.