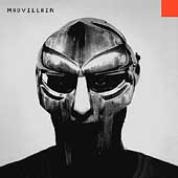 Two of the most versatile artists in underground rap collaborating on one album? And performing as demented monster men straight out of comic book lore? AND planning to take over the world through dope hip-hop music? Why, they must be mad! These villainous rappers must be completely mad! They’re out of their mind I tell you. Nuts. Certifiable! Absolutely MAD! They are MAD VILLAINS I tell you, MAD! MAD, MAD, MAD!

One of them has already been mad for quite some time now. Some would even say he’s a mad scientist of musical production. So mad in fact, that they even call him MADLIB. Maybe he’s a mad Liberace? Or he’s mad at the liberal press? Or maybe he just wants to liberate dope loops from old vinyl records. Now that’s mad – mad dope! He’s the wizard behind some of the best underground records you’ve ever heard, and quite a few you haven’t. Records like Jaylib’s “Champion Sound,” a project he co-produced with J-Dilla, who you might know better as Detroit soul maestro Jay Dee. Records like “Shades of Blue” where Madlib remixed soul classics from the Blue Note Recordscatalog. If you watch Adult Swim on Cartoon Network, you may have even heard his work with Yesterday’s New Quintet. In short, Madlib got mad game, and he stays MAD busy.

Shockingly, the other member of this duo might actually be the madder of the two. In his younger days, he was known as Zev Love X, a rapper who had “MF Doom, a man who hid his true identity behind a Metal Face mask. That wasn’t the end though, it was only the beginning. As he descended deeper into a madness that spewed forth dope hip-hop albums at will, he became by turns the producer Metal Fingers, the Vaudeville VillainViktor Vaughn, and was even spotted as the leader of a demented click ofMonsta Island Czars under the guise of King Geedorah. Just about the time you think you know who he really is, he’s two new identity steps ahead of you.

Both of these artists are known for flipping on both sides of the production studio, and both are highly regarded for their production work but often considered otherwise mystifying. Well, their union as the Madvillain duo won’t make matters any less confusing. “Madvillainy” won’t make matters any more clear to those trying to get a handle on the insanity. It’s 22 tracks and 46 minutes worth of ill lyrical vibes and crazed music, some of the most bugged and dope bizarre behavior since Kool Keith changed his identity to Dr. Octagon in the mid-1990’s. On this go ’round, MF Doom co-produces only one track though, “The Illest Villains.” The album does not suffer for lack of his beats though, because Madlib seems to have the demented sound and style of Doom down to a science. The slow and seemingly drunken shuffle of “Meat Grinder” perfectly matches Doom’s mumbled yet perplexing clearly dictated flow:

Does it make sense? It almost seems to at times, but at others it seems like a stream of conciousness assembled into a barely lyrical rhyme form. It’s songs like these with a rap style of saying things that seem to make sense and yet might just as well have been the demented ravings of a lunatic that exemplify Doom at his finest. What informs that steelo as part of the “Madvillainy” going on? Obviously, a lot of marijuana, as Doom proudly usurps both Redman and B-Real in proclaiming himself “America’s Most Blunted”:

“Quas – when he really hits star-mode
Never will he boost loose Phillies with the barcode
Or take a whole car load on a wasted trip
Or slit White Owls laced tip from tip with yip
Some rather baggies, others like they cracks in vials
Catch a tag, roll a bag of shwag in a Black & Mild
He twist Optimo, just the raw leaf part
The list top go bust before beef start
At the Stop-N-Go Mart, actin like a spirit host done it
{*America’s Most Blunted!*}
Yeah, yo, Doom nominated for the best rolled L’s
And they wonder how he dealt with stress so well
{*Whoa!*} Wild guess – you can say he stay sedated
Some say buddha’d, some say faded”

The funk bass track Madlib provides for these stoner escapades is all that, but it’s the accentuation of select samples at the right times such as the {*Whoa!*} that’s clearly from a Cheech & Chong film that just take the whole effect to the next level. And really, that’s what these Madvillains are all about – crazed or not, they formed this all-star team of madness to take their own demented hip-hop to the next level. They do it in all kinds of different ways, each one working on it’s own plane. The steel drum roll style meets folksy swing meets spooky organs of “Curls” is a perfect example – it all sounds horribly wrong when you read the description yet when you listen to it the elements blend perfectly into one smooth-assed track. The album’s instrumentals work as well as the actual songs, such as the video game influenced “Do Not Fire!” and the very Metal Fingers-esque “Supervillain Theme” that starts off with Just-Ice saying “COLD GETTIN’ DUMB.” Word! But as nice as that old school throwback is, you quickly forget about it listening to the lilting notes, raw sound effects and crazed words of the follower “All Caps”:

“Do it like a robot to headspin to boogaloo
Took a few minutes to convince the average bug-a-boo
It’s ugly, like look at you! It’s a damn shame
Just remember All Caps when you spell the man name
[…]
And you know it like a poet, like baby doll
I bet she tried to say she gave me her all, she played ball
All bets off! The Villain got the dice rigged
And they say he accosted the man with the sliced wig”

A few guests can be found throughout the album. Wildchild pops up with his verbally swift rhymes and flow on “Hardcore Hustle.” Medaphoar gets down for his crown on the up-tempo “Raid.” For the majority of the album though, it’s one demented ride through the acid-soaked brains of two hip-hoppers who clearly never found a beat they couldn’t break, a style they wouldn’t pervert, and a song concept they wouldn’t try at least once. If you put the music of RZA, the raps of Dilated Peoples, the flows of Kool Keith and the bravado of E-40 in a blender and hit puree, you still couldn’t get a wilder combination. What’s odd about “Madvillainy” is that so many disparate elements of beats and rhymes probably shouldn’t work together at all, but when you’re a TRUE mad scientist you can put brains in bodies and create Frankensteins that defy the laws of man and nature. MF Doom and Madlib have done the same for hip-hop, except their monster broke all the laws of hip-hop music and culture and yet in doing so followed them more closely than twenty mediocre gun-toting gangster rappers ever will.