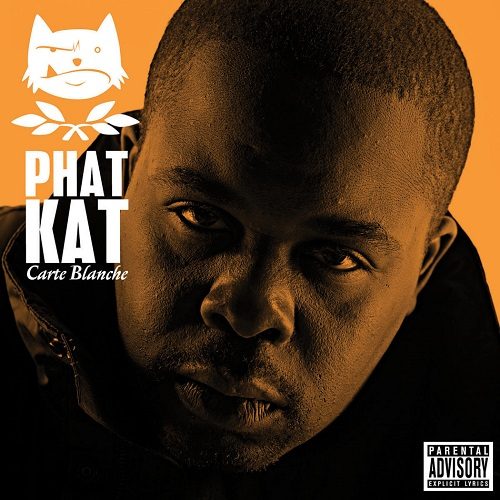 While Barak Records’ Phat Kat is mostly known as the 5th member of Slum Village, he’s paid some dues in the hip-hop game outside of the group as well. Along with his work with fellow Detroiter producer Jay Dee, he’s also made appearances on the Okayplayer and Lyricist Lounge tours. And with the upcoming release of his full-length debut, “The Undeniable LP,” Phat Kat is ready to blow. William Ketchum III talks to Phat Kat about the state of hip-hop, football, and establishing a name for himself as a solo artist.

WK3: Chillin…I just got the album, and I’m feeling it man.

Phat Kat: {*laughing*} That’s what’s up, I appreciate it man.

WK3: At first I wasn’t feeling it that much, but as I kept listening to it —

“… it’s a new sound really, you know what I mean? Nobody really catches on to it the first time.”

Phat Kat: Yeah, that’s because it’s a new sound really, you know what I mean? Nobody really catches on to it the first time.

WK3: Well tell me about your new album. Who do you have producing on it, that sort of thing.

Phat Kat: Well the album you’re listening to, that’s the “Detroit Edition.” The Worldwide Edition of the Undeniable LP will be released on June 8th.

WK3: How is that one different?

Phat Kat: {*laughing*} That won’t be on there. We’re replacing that one, and I’m replacing “All Y’all,” and “Big Booties.”

WK3: Oh ok. How did you get hooked up with Jay Dee and Slum Village?

“We all used to hang out at this spot called the Rhythm Kitchen, this place where MC’s used to hang at and sharpen their skills at.”

Phat Kat: We all used to hang out at this spot called the Rhythm Kitchen, this place where MC’s used to hang at and sharpen their skills at. I respected what those cats were doing, they (Slum Village) respected what I was doing, and we just hooked up, and it’s just been all love ever since.

WK3: You’re pretty much known for your work with Slum Village; how are you going to make a name for Phat Kat, outside of Slum Village?

Phat Kat: It’s funny because I had a record deal before Slum Village did; I was signed to Payday (Records) in ’95 under a name called “1st Down,” me and Jay Dee were a group (called First Down). I had a song called “Front Street” and (another song called) “A Day With the Homies.” 2000 I had an EP called “Dedication To The Suckas,” and that sold 5,000 copies in the first day. So I’ve been doing my thing way before (Slum Village), I’ve been on the solo thing for a long time. And if anybody wants to know more about Phat Kat, they can go to ronniecash.com and they can get the whole hook-up on what I’ve been doing, and (see) my discography, see how deep I really was.

Who are you feeling in the hip-hop scene right now, including Detroit hip-hop?

WK3: When does the Slum Village come out?

Phat Kat: When you get the album, be sure to check for “Zoom.” It’s featuring ya mans.

WK3: Okay, sure thing. Your bio said that if you weren’t rapping, you’d probably be a Little League football coach.

“Yeah, football’s a part of my life man. It taught me a lot of discipline; I have a lot of love for the game…”

Phat Kat: Yeah, football’s a part of my life man. It taught me a lot of discipline; I have a lot of love for the game, and I love the kids. That’s probably what I’d be doing if I wasn’t doing this.

WK3: Who do you think is going to win the Super Bowl next year?

Phat Kat: Well, it’s hard to say, there’s so much changing around in the NFL right now. Who’s to say…the (Detriot) Lions might win next year. (Laughing) And I say that wincingly.

WK3: I feel you on that. Charles Rogers was injured for so long…

Phat Kat: Oh my goodness, man that guy’s a bum. He’s collecting a free check; I wish it was that easy for me.

WK3: You’ve worked with Slum Village and Jay Dee, and you’ve toured with some of the best hip-hop artists of our time, like The Roots and A Tribe Called Quest. Who would you be interested in dealing with in the future, as far as recording and touring are concerned?

Phat Kat: I would love to record with GangStarr, or The Roots, or Talib Kweli, or deadprez.

WK3: What future projects do you have in store, following The Undeniable LP?

“We’re about to set off this tour with myself, AML (Athletic Mic League), and B.R. Gunna.”

Phat Kat: Me and Jay Dee are currently working on the full-length 1st Down LP. I’ve got a compilation album called “The Wolves,” that’s all my crew. We’re about to set off this tour with myself, AML (Athletic Mic League), and B.R. Gunna.

WK3: I’ll say names, you say what comes to mind.

WK3: Okay, that’s pretty much it. Is there anything else you want to say to anybody else reading this interview?

“I just want to thank everybody who’s reading this, who took the time to find out a little more about myself.”

Phat Kat: I just want to thank everybody who’s reading this, who took the time to find out a little more about myself. If you want to get anymore information, go to ronniecash.com and holla at ya boy. And cop the album, June 8, Super Tuesday; that’s when the “Dirty District Vol. 2” comes out, The Phat Kat “Undeniable LP,” and the AML “Jungle Gym Album” comes out.