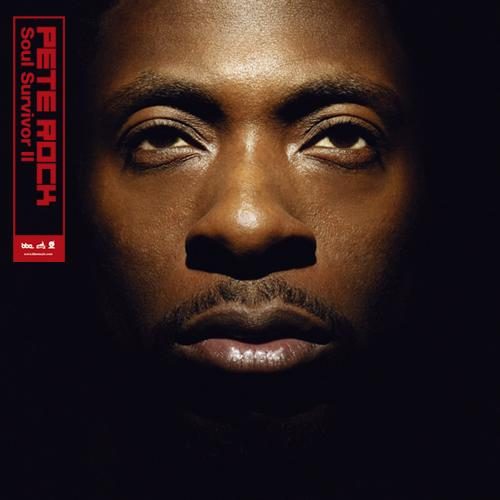 Pete Rock is widely regarded as one of hip-hop’s best producers ever. Mostly known for his stellar albums with C.L. Smooth, 1992’s “Mecca and the Soul Brother” (which featured the classic “They Reminisce Over You”) and 1994’s “Main Ingredient,” him and C.L. went their separate ways after 1994’s album. Rock continued to make waves producing though; he released his incredible solo debut “Soul Survivor” in 1998 under Loud Records, the incredible “Petestrumentals” album under new label BBE in 2001, and managed to contribute his jazzy, soulful offerings to hip-hop staples like Nas, Busta Rhymes, and Common along the way.

This year Rock returns with “Soul Survivor II,” a sequel to his first solo album under the label BBE (Barely Breaking Even), the same label that housed other stellar producer albums like DJ Jazzy Jeff’s “The Magnificent” LP and Jay Dee’s “Welcome 2 Detroit.” Does Rock have what it takes to carry on BBE’s tradition of releasing hot producer albums, and better yet, does he have what it takes to carry on his own legacy?

Rock lets us know that he hasn’t lost a step as far as beats go, displaying an uncanny ability of picking the perfect artist for nearly each song on the disc. Rock’s rebellious guitar riffs and dramatic horns are the perfect forum for spoken word poet Black Ice’s “Truth Is” rant against the system, and his sparse piano backdrop seamlessly meshes with Krumb Snatcha’s definition of “Beef.” His dramatic comic book sounds provide plenty of room for RZA and GZA to spit their blurbables on “Head Rush,” and he gives Leela James just the amount of fluffy, light-hearted pianos she needs to make “No Tears” a radio-accessible R&B hit.

The heat doesn’t stop there though. The laid-back groove of “Give it 2 Ya” with Little Brother sets the perfect milieu for a relaxing Sunday afternoon, the triumphant horns and head-nodding bass of Slum Village’s “Da Villa” may get heads anticipating the impending release of the group’s Detroit Deli album, and the futuristic minimalist production on “Fly Till I Die” gives our favorite OkayPlayer Talib Kweli a playground of horns, piano keys and drums to drop lyrical bombs in. Rock supplies a banger for Pharaohe Monch to spew his slippery, sophisticated flow on “Just Do It,” and even hops on the mic with M1 and stic.man of dead prez for the intense mutiny of “Warzone.” One of the album’s gems, “One Mic One DJ,” features Rock employing pugnacious screams reminiscent of Jay-Z’s “Takeover” and ridiculously ill drums and cymbals for VA wordsmith Skillz to spit incredible bars, making underground heads all over wonder when he’ll actually release an album:

“They say I’m too cocky when I’m rappin
I say that I say what I say just so I can see their reaction
And my response when they askin
‘shut the fuck up nigga, I wrote yo’ record
that’s the reason you braggin
y’all dudes not thugs
you 8-deep in a coupe
that’s not gangsta, that’s a moving group hug
I cannot be seen
I got a team that’ll spit bars
And leave scars on ya pop screen”

The few missteps on “Soul Survivor II” occur when the MCs can’t measure up to Pete’s dynamic production. The usually on-point Kardinal Offishall doesn’t spit lyrics worthy to Pete’s funky offerings on “We Good,” and the overly ambitious “It’s the Postaboy” shows that the battle emcee of 106 & Park fame simply doesn’t have the charisma to hang with Rock. Despite these lackluster offerings, both of Rock’s reunion tracks with C.L. Smoothâ€””It’s A Love Thing” and “Appreciation”â€”easily make up for it. The former is a silky ode to a current fling, and the duo uses the album-concluding “Appreciation” to thank all of the fans that have been supportive ever since 1991’s “All Souled Out” EP.

With a variety of different artists but a cohesiveness that ties each of the songs together, this album is a surprisingly complete effort from Soul Brother #1. If this album is any indication, it seems like Pete Rock will be the Soul Survivor after all.