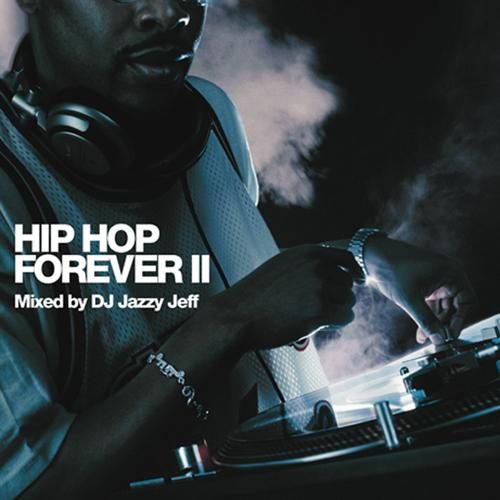 When a “who’s who” list of hip-hop’s best DJ’s is discussed, the heads who are quick to big up old school legends like Grandmixer DST, DJ Cash Money and Grandmaster Flash often forget to put Jeff Townes on the list. Unfairly his many skills as both a vinyl reanimator and musical mixmaster are overlooked due to the fact he was the DJ half of DJ Jazzy Jeff & The Fresh Prince for so many years. Jeff showcased mad skills on their award winning multi-platinum albums, but the Prince was destined for bigger fame than the Grammys. After moving on from a popular sitcom to an amazingly successful Hollywood career under his own name, Will Smith forayed into rap on an increasingly rare basis, without his rap nom de plume or his partner Jeff.

DJ Jazzy Jeff may not have achieved the fame and fortune his friend Smith did, but as a solo artist he doesn’t encounter nearly as much skepticism about his hip-hop skills. Smith’s rap songs are largely seen today as promotional vehicles for his blockbuster movies, while Townes has never forgotten his hip-hop roots or rap nom de plume for all these years. His 2002 album “The Magnificent” was a who’s who of another kind – a shoutout to Philadelphia featuring talent both locally and internationally well known. 2004’s “Hip Hop Forever II” is another all-star album, although this one doesn’t showcase local talent only. Jeff instead cuts a wide swath through hip-hop from the 90’s to present day, showcasing the songs kept the faith alive even when rap’s own skeptics thought it was losing integrity as crossover sales skyrocketed.

For nearly 60 minutes, a seamless blend of bangers is lifted off the digital (or analog if you’re lucky enough to have the vinyl) encoding. The opening Raekwon classic “Ice Cream” becomes the perfect excuse for Jeff to show off his turntablist techniques on Technics. All the tricks of the trade are used as Jeff flawlessly doubles words, catches breaks, stutters verbals and lifts new sounds from places that didn’t exist before he touched the wax. If there’s any doubt that after two decades in rap that Jeff could still hang with the likes of Q-Bert or Babu, this release should put it to rest.

Jeff’s song selection is obviously made up of personal favorites, but they should appeal equally well to any hardcore hip-hop fan. Seminal tracks like Blahzay Blahzay’s “Danger” and I.N.I.’s “Square One” share equal billing with well known classics like Smif’N’Wessun’s “Bucktown” and Main Source’s “Live at the Barbeque.” The selection of modern era tracks does not slack either, as you’ll hear Asheru’s “Mood Swing” and Jaylib’s “Official” among others. Jeff has executed both the concept and the spirit of a mixtape flawlessly. For your purchase price, you get some songs you already know, some you may not know yet, but almost nothing you won’t like thanks to the mixer’s good taste and impeccable vinyl warping skills.

Those looking for a reason to knock “Hip Hop Forever II” could only find two possible complaints. The first would be that the album is biased towards the East coast. While that’s not surprising given his Philadelphia born and raised roots, he still includes both new school rapper Wildchild, perennial favorite Cypress Hill and a classic Pharcyde jam in the mix. The album may be mostly East coast, but it’s not a slight to the other centers of hip-hop in any way. The other knock is that as good as these sixty minutes are, listening to “Hip Hop Forever II” makes you wish Jeff could have stretched it out even further sine it seems to end all too quickly. On the other hand, that’s a problem most mixtape DJ’s wish they could have, since many of their albums contain mediocre unknowns and lackluster self-produced songs. Jeff Townes is here to show you how it SHOULD be done son, and like D.I.T.C. he’s been puttin it down since “Day One.”