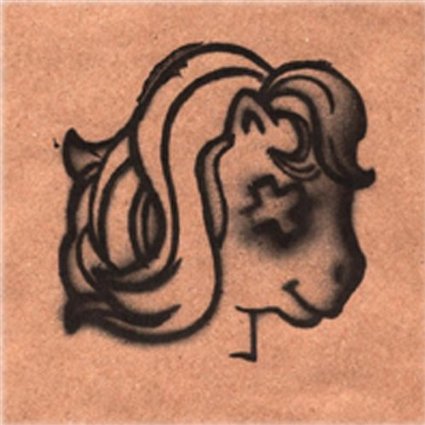 Not to be confused with Canadian rapper Arcee, Iowa native Arecee gears up to drop his first full-length, entitled “Beating a Dead Horse.” While his debut EP “Direction for Children” highlighted the peripherals of the Midwestern indie scene, Arecee’s relocation to Boston and subsequent signing with New York’s Collekt Records results in a professionally produced and packaged opus that should help further expand the rapper slash producer’s sphere of influence.

Musically, we’re talking melancholic arrangements consisting of bits and pieces of strings and pianos setting the tone while dry bass and drum combos anchor the tracks in the proverbial underground. Two of the album’s best beats may be produced by Aeon Grey (“Panhandling”, “Night Shift”), but Arecee treads the treacherous grounds between emo and boom bap with similar ease, channeling established luminaries like Blockhead, DJ Shadow and RJD2 in his compositions. Nothing truly groundbreaking here, but from the selection of the samples to the final orchestration (some marvelous build-ups), Arecee seems to be completely in control when behind the boards. And when him and Aeon Grey team up to co- produce, the synergy is felt, be it on the ominous “Breathe Deep” or the narrative “Bottom Feeder.”

An appropriate term to describe these beats would be the buzzword emotional intelligence. The emotional rush that the rapper and the listener experience isn’t primarily based on how their bodies react to the beat (who nevertheless still may contain the elements necessary to get you to nod your head or wind your body). In the everlasting words of George Clinton, this is music that sucks your soul. It’s just a little reluctant to lick your funky emotions. Why else would the one funky beat that Arecee came up with have to serve as a background for the parodic “Dumb Down”?

Typically, the vocals serve as the valve for Arecee’s different manifestations of humor. He’s going through the motions on the confessional “Always Drunk”, but manages to gauge the gap between dead sober and dead drunk in “Breathe Deep”, where he recounts a mutually abusive relationship, the cast complete with ex-girlfriend and lawyer unintentionally making contributions. To stay with the drinking analogy, Arecee’s glass is alternately half empty and half full, as he veers between optimism and pessimism, for instance on the subject of his own rap career (“Panhandling”, “Growing Pains”). Yet unlike others of his ilk, he doesn’t enforce these mood swings to show us how oh so torn his soul is. He rather just flirts with disaster, often smoothing the self- deprecating stance so widespread in indie hip-hop with tongue in cheek.

There are even a couple of soundbites for those who accuse Arecee of coming off a little bit too much like Aesop Rock. The otherwise rather cryptic “Take a Few” states: “I’m not A Rock’s cousin, so why you buzzin’? / I probably heard half a dozen to a hundred / You need a point of reference? Well, that’s a nice effort / Now get the fuck off my sweat shirt and keep us separate.” Fast forward to “Bottom Feeder”, where insiders can speculate all they want, Arecee’s conclusion stays the same:

“I got ‘The Darkest Cloud’ above me, ‘Hope’ ‘God Loves Ugly’
Beatin’ on a dead horse in hopes I strike lucky
I ain’t a Def Jukie (Oh geez, you got me blushing)
I’m Indie like the Jones, so ain’t nobody touch me”

Potential resemblances aside, what may strike one most about Arecee’s steez is his oddly contorted delivery. It may work for the opener “Life Is Cartoons”, but gets increasingly irritating when he repeatedly adopts the child-like drawl of a father who talks to his toddler, slurring lyrics that paint him as a grown man. Thankfully, he tones the babbling down on the two darkest tracks and most mature songs, the bittersweet “The Aftertaste” and “Another Design”, an update on the Asimovian man vs. machine scenario he already explored in 2001’s “A Better Design”:

“We’re extensions of utensils created in our image
Invented by our own kind to push us to our limits
Minutes turn to seconds and break in other sections
Lapse much faster, closer to rejection
I wanna find perfection, specific with directions
a place uninfected by the ethics of progression
[…]
I get a clearer type reflection in steel than in puddles
And the breaks’ squeals and screams strip nature’s mumbles
We could funnel out the evil in this concrete jungle
but man can’t be humbled until machines wanna rumble”

If this all sounds too strenuous, know that Arecee for the most part comes across like an ordinary man (if not quite an ordinary rapper). Aren’t we all sometimes “becomin’ disgruntled cause life is such a struggle?” Can’t we all in some form or fashion relate to admissions like “Man, I smoke too much, owe too much dough” and “It’s tough makin’ records, I’m too easily distracted?” Is he not painfully accurate when he observes: “Some move around and some just pace / some get success and some just taste / complacent bein’ stationed in one place safe / with they shoes unlaced in a comatose state?” If you’ve been suffering from the same symptoms, Arecee may know the reason why: “Your soap opera’s hip- hop? Well, I fell asleep.” Despite his sometimes strange antics and drawing inspiration from a life he thinks “is cartoons,” Arecee is definitely among those who make hip-hop seem less like the soap opera that it has become.