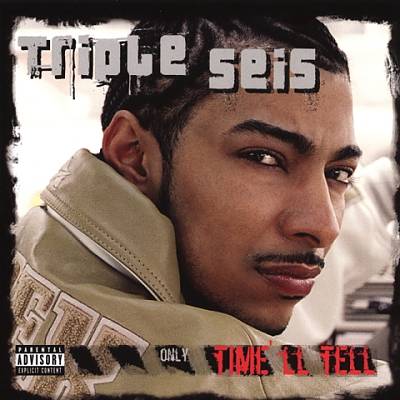 Triple Seis first introduced himself to a greater public when he was part of the Terror Squad, playing for the team on highly successful albums like Fat Joe’s “Don Cartagena” and Big Pun’s “Capital Punishment”. Up until the latter’s untimely death, Triple Seis was a reliable team player, but in more recent times, he’s been trying to stand on his own two, collaborating with people close to home (The Beatnuts), out west (M-Boogie), and even over in Japan (DJ Honda). The particulars of the Terror Squad split were only partially disclosed, but just from reading Seis’ press bio, it becomes clear that his loyalty laid with Pun and other members he shared a common history with, rather than head honcho Fat Joe, who came only later into the picture.

Pursuing a career in rap since the late eighties, at one time Seis hooked up with fellow Bronx MC’s Big Moon Dog and Lyrical Assassin, known today as Big Punisher and Cuban Link. They called themselves Ruff & Rugged, before changing their name to Full-A-Clips when they added Toom (Prospect) to the crew in 1994. They came to the attention of Fat Joe, who in 1995 featured Pun on the legendary b-side “Firewater”. Soon, Joe integrated Full-A-Clips into what would become the Terror Squad, a partnership that would culminate in the group’s collaborative effort “The Album”. In his conclusion of which RapReviews.com’s DJ Flash couldn’t “get over the half-assedness of artists like Triple Seis and Cuban Link compared to the Big Man himself.”

The truth is that few rappers past and present can compare to Pun. In the case of Triple Seis, he just needs to raise his profile enough to escape these comparisons. It is quite ironic then that the first rhymes you hear on this CD come courtesy of Pun, whose “You Ain’t a Killer” gets sampled for “Harsh Reality”. Since that’s all this ‘feature’ consists of, the tracklisting that advertises a Big Pun appearance might be a bit misleading, but to the credit of those involved, it results in a worthy opener that is also somewhat of a tribute. Producer Dre Most hooks up a tearjerker of a track that lets Seis reminisce over personal situations, echoing Pun’s feelings that “the harsh realities of life are takin’ toll / even Jeez Christ forsake my soul.”

Soul-searching seems to work well for Seis as the album’s undisputed highlight, “Love Put Me”, travels down the same road. Cochise gets sentimental on the beat, extracting a heavy dose of chipmunk soul from the Isley Brothers and their “Love Put Me on the Corner”. Offering apologies to his woman and his family, Seis goes beyond the self-pity so common in rap, admitting: “Know I said a lotta things that I don’t even mean / know I wasted a lotta time, little crimes and schemes.” “Love Put Me” may not get the same amount of airplay as Fat Joe and Ashanti’s “What’s Luv?”, but it offers without a doubt a much more substantial definition of what love is. It’s the plea of a man who has learned the worth of love, who isn’t afraid to open up so that others can learn from his mistakes:

“Y’all ain’t tryin’ to hear this?
Why, I can guide you through my lyrics
How you speak when spoken to, doin’ what you supposed to
Be a better father, have your family even close to you
[…]
Don’t ever break that bond, or wait too long
Try to make things right, ‘specially when you in the wrong
Can’t begin to imagine when the love ain’t strong
It’s a sin to even phantom when the love is gone
[…]
Pain has no color, and love hasn’t either
So I think you should go, dog, she wants you to leave her
Ain’t nothin’ that’ll make up for the times you ain’t pleased her
What’s killin’ you is now you realize that you need her”

But before you think “Time’ll Tell” is some sort of therapy session or spiritual confession, be assured that Triple Seis hasn’t forgotten the Terror Squad formula of striking fear into the hearts of men while courting the women with assorted dance tunes. But with those family ties now severed, Seis’ task is a tough one. The album’s lead single, “Krazy”, is a club shaker with all the necessary ingredients, but it also reveals Seis’ shortcomings. And that’s where the Big Pun comparison becomes inevitable. Let’s take “I’m Not a Player” and its sequel “Still Not a Player”, the songs that opened the doors to mainstream success for Pun. They not only consisted of infectious beats, memorable hooks and catch phrases, they also contained lyrical performances that you could and wanted to listen to. As much as he weighed, Pun possessed a clear diction, breath control and a quick tongue that made him one of the technically most impressive rappers of our time. Triple Seis on the other hand irritates listeners with his muffled delivery, mumbling his way through verses, constantly swallowing syllables. In this time of polysyllabic rhyme patterns, your articulation better be as clear as possible, or all that rhyme writing will have been in vain.

Under these circumstances, the listener is less likely to tolerance further flaws. Triple Seis’ flow is rarely really on-point, yet often slightly sluggish, leaving you wondering if he pauses for effect or if he’s just out of breath. There are rappers who handle such handicaps fairly well because they keep you interested with their lyrics (Cormega), their charisma (Fabolous), their originality (Ol’ Dirty Bastard) or whatever. Triple Seis has little to offer in any of those departments successful rappers usually excel at. Paired with often second-rate beats, this results in an album that is considerably below Terror Squad standards. “Scared Money” sounds like a remake of a Ruff Ryders track from the late nineties. Seis and an uncredited guest rapper aim to take out wankstas, but don’t really succeed, the clumsiness of Seis’ lyrics being amplified by his languid delivery:

“You need to quit the game, head straight for the showers
We ain’t never been the same, can’t relate with a coward
Like niggas tryin’ to blow with a flow that’s ours
like niggas with no dough aimin’ at power
[…]
Wanna fuck with this rap game, I think you should leave her
Don’t go to the crack game, you ain’t good with that either
Just close shop, we open up to make your show stop
Looks like you’re on your way down like a nose drop
After the crash landin’ I’m the last standin’
Ain’t no clownin’ around, we want this cash, dammit”

Even the Beatnuts-laced “Drinks Up” drags. Without ample assistance from the drum and bass department, the Indian sample Psycho Les dug up for this one fails to generate any excitement. And whenever Cuban Link joins his partner, he puts him to shame, but even he can’t save lackluster tracks like the Evil Twins-produced “Hustler” and “Be About It”. Chunky (Rich Kid’s “Time’ll Tell”) or dramatic (Cochise’s “Take That”), the beats on this album fail to reach the intensity of the originals they’re patterned after.

“My music is my life / I got this far, so I’m doin’ somethin’ right,” Seis offers in “Krazy”. Apart from “Love Put Me” which soars high above the rest in every respect, this includes “La Shortie”, a detailed diss of a female stalker he’s trying to shake: “You’re still comin’ around here, the block is talkin’ / Need to snap out of it, girl, and stop your hawkin’ / Tellin’ everybody “I’m his girl” – you must be jokin’ / “I’ma be his baby mama” – fuck she smokin’?” Seis also gets props for hooking up with veteran Ice-T on the Reef-produced “Coast 2 Coast”, who hasn’t rapped over a track this dope in over a decade. Alongside the LA OG and a third, uncredited MC Seis reps the grimey side of the BX to the fullest:

“Bronx niggas sell drugs and squeeze triggers
Fuck workin’ for them, let’s get these niggas
Think I’m on the ave all day, won’t see no figures?
Think these guns won’t spray, won’t kill these niggas?
Let’s talk about money, we hungry and broke
Let’s see you talk funny when the barrel’s tucked in your throat”

Given the superiority of “Love Put Me”, Seis’ biggest asset may just be his honesty. Indeed you won’t find Seis indulging in daydreams of being the don of all drugdealers. Despite one track being called “Godfather”. And even in “Pray For Me” with its overly dramatic chorus (“It’s important to pray for me / cause death is only one step away from me”) he finds the time to talk about how he understands his role as a rapper. He even big-ups one of the greatest of all time without having to mention Pun: “I’m workin’ the hardest / Fuck who the livest – who the smartest artist? / It’s Rakim with all his knowledge.” For those demanding nothing less than Rakims and Big Puns, Triple Seis’ solo debut has probably little to offer. But with some solid tracks and the additional treat of 24K’s Just Blaze-produced “Skully” remix, it should be of enough interest to those who fondly remember the days when the Terror Squad was one of the meanest posses around.