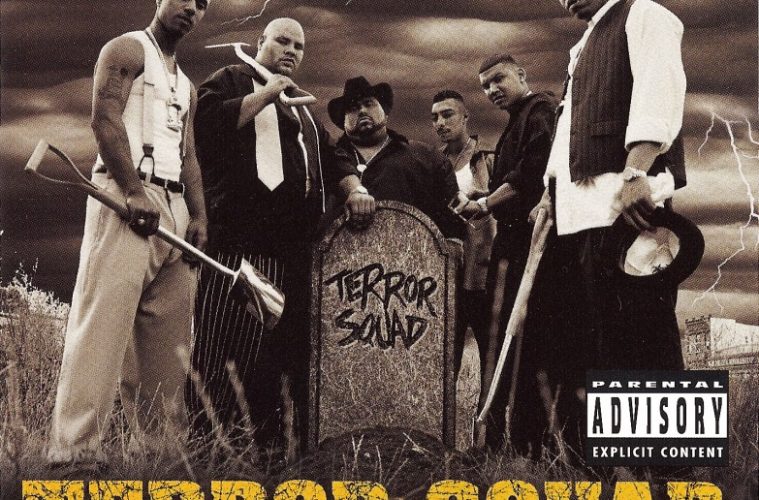 The record review writing code I was taught as a journalist is that you’re supposed to distance yourself from your subject matter at all times: don’t talk in the first person, don’t talk +to+ the public, just stick to the facts and the merits of the album for better or worse. Fuck that; for this review I’m gonna break the code. Confession number one: I’m ashamed I didn’t check out this CD before Big Punisher’s death. Confession number two: I regret that we didn’t review this album on OHHLA when it was released last fall. Confession number three: if it wasn’t for Big Pun, I wouldn’t even care about this album.

Let’s face the cold hard truth – anybody like me who didn’t buy this album when it first came out is +only+ going to buy it now because of Punisher and the fact it’s the last material he recorded before death other than the forthcoming “Yeaaah Baby” album. And on that basis, you can certainly appreciate how this (literally) larger than life rapper flipped linguistics at a speed that would make Chicago’s own Twista jealous. Some have spent long times pondering the sheer mechanics of how a man whose own weight caused debilitating health problems could still exude such sheer microphone mastery and breath control. You know what though? Some things in life are better left a mystery. Just be glad that he DID do it; and regret that he couldn’t manage his life as well as he managed to spit the verbals.

Beatwise, this 16 track long album is no joke. Even though the very nature of Terror Squad’s second stringers tend to make things drag along; it’s not an unpleasant eternity. The brooding piano chords of the Amen-Ra produced “In For Life”, the eeriely Christmas carol-like “Pass the Glock”, the eerie strings of the Beatnuts produced Big Pun manifesto “Whatcha Gon Do” – and we’re only up to track #4 on the CD. My personal favorites (there I go breaking code again) include the menacing “War”, Fat Joe’s brutal “Bring It On”, the timpani rhythms of “Feelin’ This”, the strangely smoothed out “Tell Me What U Want” and the humerously titled “www.THATSMYSH-T.com” – but quite frankly, none of these tracks are wack.

I have only two regrets about purchasing this CD. One is that Punisher appears on just under half of the tracks (unlike his personal weight, more Pun is always better) and that I purchased this CD used instead of new – whoever owned this one before me left it sitting under a moldy brick of cheese or some shit. Actually, it’s kind of appropriate in a way – only a CD featuring Big Punisher could be this FUNKY. With less Terror Squad and more Christopher Rios, this album would be a perfect ten. It’s close, but you can’t get over the half-assedness of artists like Triple Seis and Cuban Link compared to the Big Man himself.
Big Punisher, Rest in Peace.