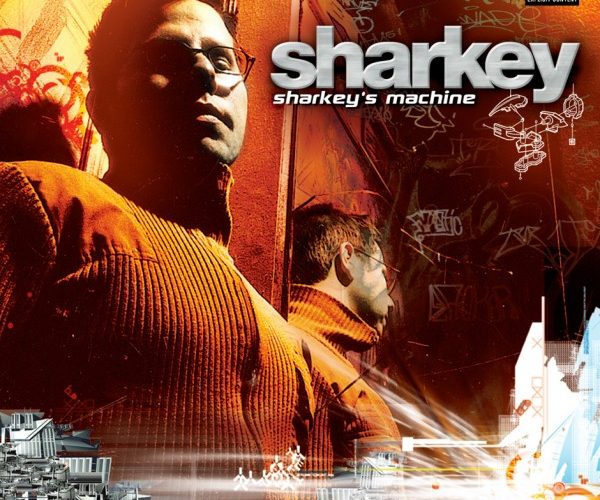 With the abundance of uniformity in today’s hip-hop scene, nearly all kinds of experimentation are welcome guests to critics. N.E.R.D.’s (consisting of super-producer duo The Neptunes and singer Shay) skipping between genres is earning them fans of all types of music, Andre 3000’s “The Love Below” half of Outkast’s latest is helping the group win Grammy’s, and DJ Danger Mouse shook the industry with his fusion of The Beatles’ instrumentation and Jay-Z’s vocals for “The Grey Album.”

DJ/Producer Sharkey seems to be the next participant in this trend. Getting his way in the hip-hop door by working with such heavyweights as Eminem, Everlast, and Rick Rubin, he looks to display his own mixture of genres with his debut album, “Sharkey’s Machine.”

Sharkey shows his chops for producing hip-hop tracks. Though indie favorites Cannibal Ox don’t bring their best rhymes on “Fuzz,” the album’s first single, the rugged electronica bounce of “Fuzz” perfectly matches the two MC’s voices. The funky guitars and robotic crooning of “Phone Sex” perfectly compliments Cherrywine’s game-spitting, and Sharkey also presents a wonderful arrangement of light flutes, strings and conga drums for the Pharcyde to paint their euphoria on “Snobird.” “Summer In The City (Lovin It)” is an immaculate collaboration between the producer and labelmate Jean Grae. Sharkey’s shuffling and engaging horns, complete with police sirens and tire screeches give the femcee all the help she needs to paint the chaos of the Big Apple.

Besides these tracks, the disc is a mixture of electronica, dance and rock. Sharkey shows his best chemistry with Zooks, a member of his group “The Spark.” The two team up for the soft rock of “Little Cabin Song” and the goofy “Skateboarder’s Blues,” and The GrayKid shows up for the energetic drums and catchy guitar riffs of “Meltdown.” Because the tracks don’t all have the urban twist of the songs featuring MCs, hip-hop listeners may not enjoy these tracks as much as fans who already enjoy these genres. Nevertheless, this is still decent music.

Add some RJD2-style instrumentals, and Sharkey’s got a quality debut effort. He experiments with different genres without butchering them, and offers enough of what listeners are used to keep them interested in what he’s doing on his own. With his diverse musicality and hip-hop flair, he may eventually escalate to the level of living legends like DJ Shadow, RJD2 and Peanut Butter Wolf.