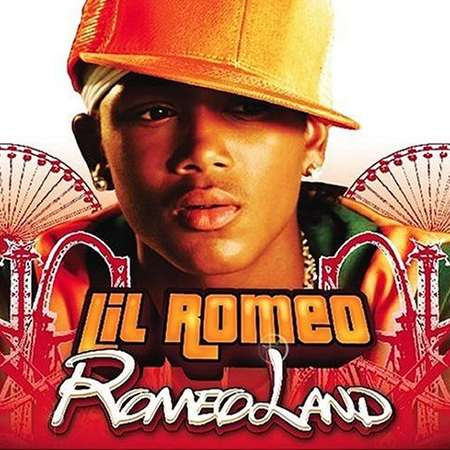 There can be no more important word in the human language when considering a Lil Romeo album. Why? Last time it was because he was Master P’s son. That alone seemed to be reason enough to justify his terrible “Game Time” album. I can’t name you a single hip-hop fan, let alone contributor to RapReviews.com who said to me, “Hot damn that boy Lil Romeo spit fire, I can’t wait for his shit to drop!” Nobody cared, except maybe for a giggling bevy of little girls who voted for him en masse every time his video was on 106 & Park. His flow was terrible, his beats mediocre, and his lyrics so banal that his chief rival Lil’ Bow Wow seemed like a poet laureate by comparison.

Why? This time it’s because Master P has run out of artists he can release on The New No Limit save for his immediate family and Curren$y. That’s not meant to disparage the talent of the label though, because they’ve still got at least enough talent to stand on their own two with or without Percy Miller. Whether Romeo can do the same thing without his pops is questionable, but then again you’d be inclined to cut him some slack on that one because he is after all just a kid. Children do need their fathers, and I don’t for a second question that P is a good one for his son. Now some of Romeo’s uncles, well, they’re not exactly good role models, but if Romeo grows up to make a good life for himself then P can stand for Proud Poppa too.

Romeo needs to finish high school and get his ass a college degree though, because rap is not going to be lucrative for him. Why? Because Romeo is still terrible. He’s a little older, true. His voice has dropped down some as a result, and that helps too. This presents the album’s first major inconsistency – the marketing. Romeo is still being portrayed as a cute little kid on the cover, wearing his cap titlted to the side and standing next to ferris wheel rides. There’s no parental advisory sticker on this one either, so clearly father and son would both like his old pre-pubescent audience to follow him like countless millions have N’Sync and the Backstreet Boys over the years. This doesn’t work though because Romeo’s clearly trying to come hard to stay current with (guess who) his chief rival Bow Wow, now sans the Lil (maybe Rome should have thought of that too). Bow Wow dropped a more mature and pimpish attitude on songs like “Let’s Get Down” featuring Baby, and right from the start on “Whoodihoop” Rome’s trying to do the same:

“Where dem lil’ soldiers at? Lean back
Lean back, lean back, lean back, lean back
[..] Now it’s the one and only young kid in this biz
And I ain’t gotta lie man, you know whom I is
I’m so fresh, some – call me clean, I don’t know how to dance
But I know, how to lean in my P. Miller pants
Oh! I’m the sheriff and you in my town
You know, how I get down, I don’t play around
So get loose shorty, and show me what you all about
It’s your birthday shorty, you could blow the candles out”

Essentially, Romeo is trying to rip off both 50 Cent and the Terror Squad (he even admits to the latter in the song’s second verse albiet unintentionally) just to get some attitude. His voice may have gotten deeper and his attitude harder, but the lyrics are still just as lame and his flow still monotonous and devoid of any emotion or charisma that would grab your attention. Romeo is still trying to crossover even though he’s acting thug though, because his song “My Cinderella” is produced by and written with the help of Nick Cannon. Cannon didn’t do anything on either front here, as Romeo’s flow is still bad and the “If I Ever Fall in Love” Shai sample seems like a weak attempt to do Kanye West. He also attempts to help on “The One” with the exact same formula, and it works just as well – which is to say not at all. It only gets worse from there. The terrible singing of Romeo and newcomer Intyana on the Myke Diesel produced “My Girlfriend” ought to make all three artists ashamed.

Even terrible No Limit albums have in the past been salvaged by the music, but the good examples of that on these 14 tracks are few and far between. “Missin’ You” works, but only because Myke Diesel rips off an already overused “I Miss You” sample (think “This Can’t Be Life” by Jay-Z). “Bobblehead” is a deecnt krunk track – barely. The so called Rich Boyz are even more useless than Rome on their self-titled track and “Can’t Stop Us.” Truthfully I’ve never been more thankful to see Master P show up on a track, as he saves “Let Me Shine” and even co-produces the beat with Diesel. After this and the recent album by Silkk the Shocker though I’m convinced that Diesel, with no pun intended, is running out of gas. The tracks may be tolerable but they don’t have that fire to ’em to get you pumped up.

Combined with a couple of terrible skits featuring creepy children’s voices (think Lollipop Gang from Wizard of Oz if they were high on smack) and way too much banal music (not to mention terrible singing by Intyana) this album is not only an insult to eardrums everywhere, but entirely the wrong direction for Rome to be taking his life in. I know he’s been doing some acting recently, and I think he should stick with that. He’s getting older now and can start making his own decisions, so hopefully he won’t let dad talk him into coming out with another album. More importantly I hope Romeo isn’t delusional about his own rapping talent, mistakenly believing he’s actually good. If so, here’s a wake-up call phrased in the form of a question – why does Romeo keep rapping? The answer is he just doesn’t know any better. Soon enough, he will.