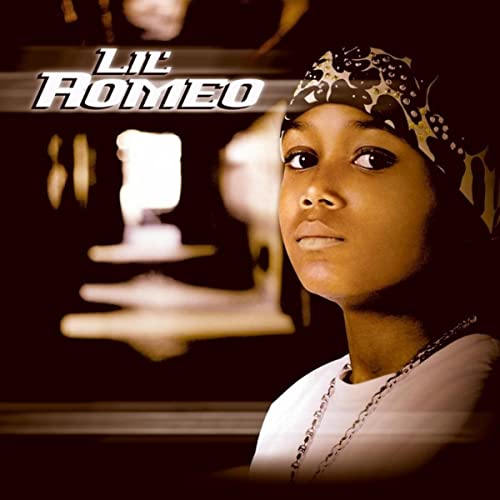 The 1990’s was the decade of per-adolescent rappers trying to get their swang on like the adults. The success of Kris Kross made every label want to get their piece of the pie, and for No Limit Records’ Percy Miller b/k/a Master P he needed look no further than his OWN SON to give it a try. Now the moral and ethical concerns of exploiting your own children are too big of a discussion for a review of Lil’ Romeo’s self-titled debut, but as he notes on the verses of the lead single “My Baby,” every one in his family is a rap artist too. “I got an uncle named Silkk and an uncle named C/I’ve been dribbling a ball since the age of 3.” If you grew up in the Miller family those things were going to be your passions — b-balling and emceeing.

The music video is exactly as over-the-top as you’d expect given Master P’s success at the time. Why wouldn’t he position his son to be as big of a star as him, his brothers, or anyone signed to his label? In fact a few people who were NOT kin to the Millers but rolling with “The Tank” might have been chuffed that Percy spared not expense for his son. Where was this kind of promotion for Fiend or Mia X? Also if we’re all being honest here the song succeeds ENTIRELY because it samples from and even COPIES from The Jackson 5’s “I Want You Back.” Obviously Master P could afford whatever it cost to license the song, but shit, I’d rather hear The Jackson 5 instead.

It’s telling that from this point on, for the album and for his rap music career, it’s almost all down hill. He never had another single chart as high as “My Baby” including the two additional ones that “Lil’ Romeo” spawned. I don’t know who Sean Barney Thomas is, but he wasn’t doing Romey Rome any favors on “The Girlies.” I don’t remember a version of “That’s Kool” before this release, but Master P screams that “we’re going to remix it” anyway and puts his brother Silkk the Shocker on the song. I realize Silkk the Shocker’s on-and-off beat flow means he’s not everyone’s favorite rapper, but he’s the best part of this song. Somebody named Little D joins the track, but his accent is so thick you can barely make out what he says.

What’s scary is that we’re only five tracks into “Lil’ Romeo” at this point and we’ve already covered everything that was even mildly noteworthy. There’s a whole lot of ego involved in giving a kid barely out of his diapers a full hour long album, and bless Myke Diesel but his production can’t carry Romeo across the finish line. “Little Souljas Need Love Too” sounds like the WORST cover of Slick Rick’s “Teenage Love” that has ever existed or ever will. It makes me want to scream “don’t, don’t hurt me again” and rip the CD out of the player to throw it at the nearest wall. Cover songs are a problem for this album in general. Sean Barney returns for “When I Get Grown” and it’s a BLATANT RIP OFF of Ahmad’s “Back in the Day” down to the bassline. He should have sued for royalties… but he can’t because they paid for the same samples. It’s still an unapologetic carbon copy.

The problem is that the original songs aren’t any better. “Where They At” is a father/son duet with them both wearing their “P. Miller jeans and No Limit shirts.” Master P was trying to build an empire in EVERY aspect of life — music, fashion, AND television. That’s where the young Romeo Miller would ultimately achieve the fame his fam so clearly wanted on “Lil’ Romeo,” getting his own sitcom on Nickelodeon that lasted for three years and 53 episodes. He ultimately realized that was his calling far more than rapping OR balling, as a scholarship to hoop for USC fizzled, yet roles in movies and television have kept coming to the present day. I’m happy for the now fully grown Rome that acting has been lucrative, because I never wanted to hear him rap again after his debut… yet he just kept on releasing more music anyway. Acting is where it’s at for Romeo, not rapping.