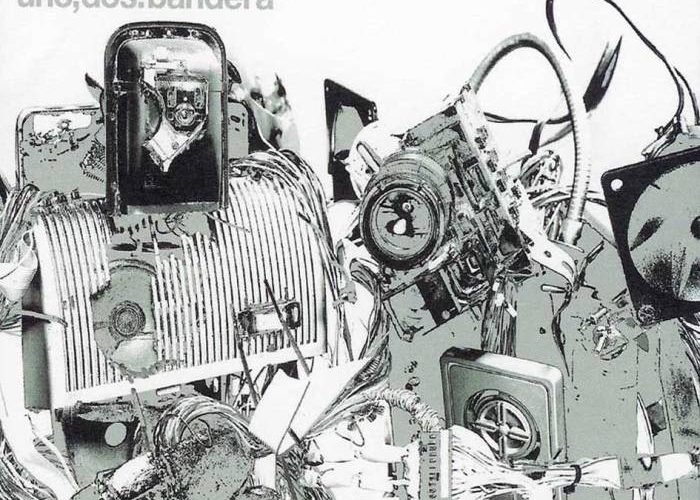 Latin rap, that much-maligned bastard child, has always been a fringe player in the rap game. Boasting such illustrious names as Kid Frost, Delinquent Habits and Mellow Man Ace, public perceptions of Spanish Rap have been marred by prejudicial stereotypes and assumptions, a fact that hasn’t been helped by the perpetuation of said stereotypes by artists like Rico Suave. Seminal figures like Big Pun, The Beatnuts and Thirstin Howl III remain largely overlooked by the general populous, but ask any Nuyorican Spanish Kid what the best-kept secret in rap is, and he will likely make reference to the fertile Spanish rap scene that bubbles underneath the public conscious, uniting artists across the West Coast and New York’s Bronx and Crown Heights areas. The recent breakthrough of reggaeton has really heightened interest in the musical capacities of the Spanish language, perhaps suggesting that acts like Control Machete from Mexico may finally meet with widespread acclaim across English-speaking audiences.

Beginning with the forceful “Bandera,” Control Machete display an aggressive edge accentuated by harsh, yet conscientiously metered vocal delivery. If you can imagine B-Real being channelled through the voice of Sticky Fingaz, you would get somewhere close to the emcee performances on offer on this disc. Every syllable is enunciated with painstaking, furious clarity, barked out with a venomous, spiteful bile that makes for very convincing and gripping results. While the injection of Latin influences are far from surprising, they make for interesting albeit varied results. The Ozomatli meets Jurassic 5 meringue funk of “Bien Bien” succeeds, as does the trip-hop meets acid jazz and sweaty salsa of “Come Ves,” until it falls flat with a horrific sung hook by Anita Tijoux. To be fair, though, this platter satisfies more often than not, its sweltering rhythms swelling and erecting massive, sweaty grooves that mould themselves around the abrasive, highly infectious delivery of the emcees. The ingÃ©nue and barebones passion involved in this project are made incredibly evident throughout the proceedings- everything is executed with flair, naked conviction and assured assertiveness. While there are a few hooks that I truly did not care for (The oi-punk gang chorus of “En El Camino,” for instance), the honesty, immediacy and ambition (the producer references everything from trip-hop to jungle to salsa to dub to ska, calypso and reggaeton) of this record gains major brownie points.

While I am unsure of how you can secure a copy of this recording, as I picked mine up on a recent trip to Costa Rica, it is my firm belief that you could do much worse than giving this a spin if you see it lying around. I don’t think it’s necessarily worth hunting down, but an intriguing listen nonetheless.