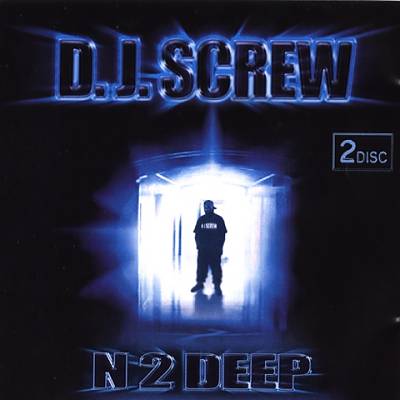 DJ Screw’s story is that of which legends are made of. This isn’t an exaggerated statement by an over-zealous fan, but the truth about a man who single-handedly started a movement of music. The story has been told again and again, and his legacy is evident in the nationwide popularity of artists such as Lil’ Flip and Big Moe, both members of the Screwed Up Click, DJ Screw’s hand-picked crew of rappers who made frequent appearances on his mixtapes. His music was the embodiment of a lifestyle in Texas that reflected the laid back attitude of DJ Screw and his friends. While DJ Screw sadly passed away at the ripe age of 28, he left behind a catalog of mixtapes to keep his memory alive. In an attempt to spread his popularity outside of Texas and also to capture his legacy, DJ Screw’s family has decided to release some of Screw’s most popular mixtapes in CD format and with wider distribution.

DJ Screw’s innovation to music was a simple concept, slow down the music significantly so that it sounds like a completely different track. Screw was influenced by his love for syrup, a popular southern drink that consists of prescription strength codeine cough syrup and sprite. Under the influence of this drug, everything slows down as an altered state of mind is produced. It basically makes people extremely drowsy. The music created by Screw was a surreal experience for anyone who heard it, whether they were under the influence or not. And almost as if to make sure you weren’t completely consumed by the music, Screw also “chopped” the music. Chopping means repeating certain parts of song because the lyrics are worth noting, or in other cases producing a stuttering effect where drum beats are repeated immediately. So while one is almost being hypnotized by the slow and eerie effect of screwing music, you get snapped out of the trance when a snare drum is repeated unexpectedly.

“N 2 Deep” captures Screw’s music perfectly. The CD starts off with Eminem sounding like a completely different rapper over the Curtis Mayfield inspired “Slim Shady” That’s right, Screw didn’t only screw the music of his own Screwed Up Click, but also screwed popular tracks and mixed them on his tapes. Included on this CD are also screwed versions of 112’s “Only You” and Monica’s “All In My Grill.” While the originals are good in their own respect, these tracks take on a new life once they receive the screw treatment. Screw also mixes 2pac over an MC Lyte beat on the 3rd track of the CD, showing he could do more than just manipulate the pitch control on a turntable.

Aside from these popular tracks, Screw represents his Screwed Up Click strongly. Throughout the over 100 minutes of the mixtape (which translates to a double CD) it seems Screw finds time to let almost his entire crew shine. If you thought that Texas rap was slow to begin with, wait until you hear it transformed by DJ Screw’s turntable’s tricks. The results are at many times better than the original ever was, a testament to how DJ Screw’s vision of music is an important innovation and more than a simple turntable trick.

Be warned though that screwed up music is not for everyone. While MANY people love the music, there an equal amount of people who hate it. Those who hate it tend to not understand that DJ Screw was about more than just slowing down music. For turntable fans, DJ Screw’s music should be more than satisfactory. While subliminal, Screw’s music contains skillful manipulation of turntables that would put most mixtape DJ’s to shame. Not only could Screw blend seamlessly between tracks, his mastery of chopping was beat-juggling at its best. Transcending this turntable mastery, was a concept that few people outside of the south seem able to understand. Screw didn’t manipulate music, he created new music. Until someone can understand that, then Screw music can only be nothing more than slowed down music. But when someone finally is able to look at screwed music for what it is, one realizes that DJ Screw had the ambition to take something, transform it completely, and make it sound like he thought it should sound. In the process Screw created a legacy and formed a legion of fans that to this day will support anything with Screw’s name on it.