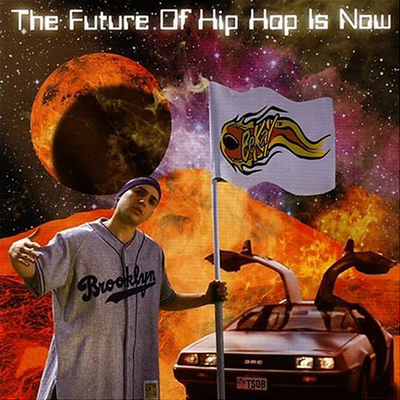 BeKay :: The Future of Hip Hop Is Now

When ODB passed away a month ago, I know many people went back for their copies of “Enter the Wu-Tang Clan,” “Wu-Tang Forever,” “Return to the 36 Chambers” and “N***a Please” to reminisce on days past, to remember one of the most unique members of one of hip-hop’s most unique groups and to realize that that voice will forever be silent. That’s why we cherish the final vocals the rapper recorded before his untimely demise. In Dirty’s case, before the posthumous albums hit the shelves, they surface on tracks like the Primo-produced “Pop Shots” or “Tik Tok” off Sickamore & DJ Neptune’s “Ignorant Shiiii…” mixtape. The latter is actually a collaboration with fellow Brooklyn rapper BeKay. The same BeKay has Dirt McGirt on his upcoming single, the infectious “Where Brooklyn At.” Watch for the hook: “If you’re tryina get rich but your ass still stuck in the hood… / If you’re drunk as hell and that fat chick’s lookin’ real good…” Although ODB’s role is limited to that of a hypeman, he’s perfect on this stomper, lending credibility to BeKay’s brash Brooklyn swagger:

“These rappers comin’ out the closet soon
And I don’t need a Street Fighter to puff some Sonic Boom
These cats act hard, we break ’em most
Yo, I went on Fear Factor and ate the host
The rhymes stay hard
So many hits in New York, they told A-Rod to quit his day job
Yo, I came for the game, your dame, your fame
your chain, your chick’s brain, it’s all the same
And you don’t know my name, I’m thorough
B-e-K-a-y, pronounced just like the borough”

So who is this BeKay cat anyway? He’s a seven-year veteran of NYC area battles, performing at venues like Cheetah Club, SOB’s, Pyramid, CBGB’s and the Knitting Factory. He was among 40 finalists for MTV’s Making the Band 2 and 27 finalists for the same channel’s MC Battle. His first, self-released album “Hungry, Broke + Determined” dates from 2003, a mixtape entitled “Phuck U… Sign Me!” followed shortly after. Now he’s back for seconds, with a seemingly more professional package, artwork and all. The problem is that about a half a dozen tracks seem to have been transferred directly from the debut, which means there’s a noticeable difference in quality between older and newer tracks. In fact, too many beats here just don’t cut it. It’s understood that much of his album’s deficencies are due to BeKay being unsigned, but by the same token people have been making dope hip-hop with just as little means for a quarter of a century now. To BeKay’s credit, a handful of beats are absolutely okay, most importantly the aforementioned “Where Brooklyn At,” but also “The Way Shit Goez,” “Summer” and “Alphabet Assassination.”

Lyrically, “The Future of Hip Hop Is Now” reflects BeKay’s professional and personal strife. If need be, he’s armed with punchlines, although of mixed quality, ranging from “I know smart chicks who give me brains till they turn stupid” to “the first rapper with a Chanukah song / and show up at the MTV Awards with a platinum yarmulke on.” In “Better 4 A Meta4” the Jewish rapper acknowledges that battles might be his ticket to fame, but elsewhere he’s eager to prove his versatility with a variety of concepts, from the hypothetical “What If” to the socially conscious “Wake Up.” “BIG” is a tribute to New York legends Biggie Smalls, Big Pun and Big L, complete with Stan-like adoration: “You made me, from beginnin’ to end / yo, we never even met but I consider us friends / I was a white cat spittin’, now there’s more of us / I just want you to know how much you mean to all of us.” But the most endearing selection is “Summer,” a nice little ditty where BeKay displays a relaxed flow and a knack for penning hooks over a sunny track. (With the objection that maybe the juicy details should be toned down on such radio-friendly songs.) The most ambitious venture is “Alphabet Assassination,” which sees the rapper aligning alliterations in admirable fashion, although it should be noted that Papoose did a very similar (and recently resurfaced) track called “Alphabetical Slaughter” back in 1999.

Ultimately, “The Future of Hip Hop Is Now” contains nothing we haven’t heard before. On “Sick” and “How Am I Supposed to Feel” BeKay spills hits guts as expected, “Sorry” is a revealing apology somewhere between Em’s “Cleaning Out My Closet” and Jay’s “Regrets.” “I ain’t got a twin brother / so I’m sick of you [edited] callin’ me Eminem just cause of my skin color,” BeKay vents somewhere. That would be wrong indeed, but there’s something about BeKay’s whole steez and the way he keeps mentioning his ex that will infallibly remind some of you-know-who. The inclusion of older tracks makes it really hard to judge BeKay’s current potential. He has one thing going for him, and that’s his verve. Still, a few battles won, a couple of nice punchlines and the hunger to succeed do not make a great rapper yet. At this point, BeKay needs to tweak his technique a lil’ bit to make it all fall into place. He has arguably more to offer than many major label hopefuls, but to be able to fulfill just a small percentage of his promise to “excite minds when I write rhymes / if I gave you food for thought, the world would eat for a lifetime,” an extended stay at the lab wouldn’t hurt.

To end this on the positive note that BeKay ultimately deserves, the best songwriting is showcased on “The Way Shit Goez,” a personal piece on beats, rhymes and life:

“‘White boy fakin’ jacks!’
And so they take your hat
till one day I came with bats
and swung until they gave it back
And while I brawl for props
moms at home had to call the cops
due to my alcoholic pops
[…]
I had to flip enough lil’ pills to build a little studio
My heart’s torn and pourin’
Yesterday I hopped the train at 4 in the mornin’
hungry for an MTV battle, I ain’t leavin’ without the cheese
but the riot squad nearly beat [edited] out of me
and thousands others, but we don’t stand in unity
It’s hip-hop, so we got very little opportunity
24 long years I’m waitin’ for a break
tryin’ to tell these label dudes that they makin’ a mistake”

Maybe one of them is listening and ready to give BeKay a chance. I mean come on, having ODB on your record is a huge validation. If not, the independent route is always an option. Either way, the future of hip-hop has been postponed until further notice. Stay tuned.