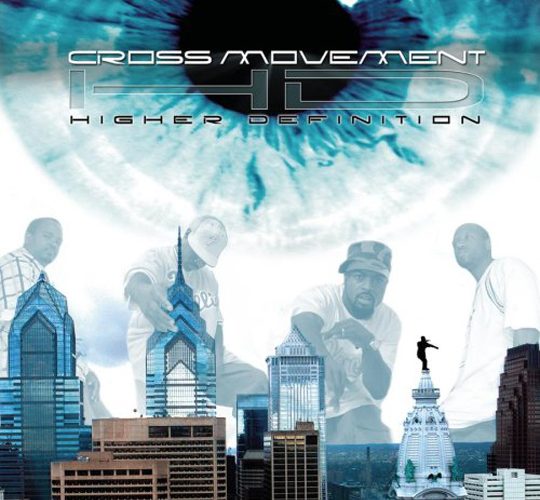 Gospel rap is a much maligned sub-genre of rap music and rightfully so. The problem with Gospel rap is two-fold. The main issue that brings down the quality of the music can best be seen by watching “Showtime at the Apollo” on any given weekend. The crowd at the Apollo can be downright vicious at times, showing no mercy for even the smallest mistake. This high standard drops dramatically whenever Gospel music is involved. People can miss notes, sing off-key, and fall out of time with the music as long as religion is involved. The same can be said with Gospel rap, it seems people drop the standard for “good” music when emcees are rapping about God. With such a low threshold, most of the Gospel rap released in is unbearably wack to the general Hip-Hop fan. Herein lies the second problem facing Gospel rap, it’s earned its classification precisely because it traditionally caters only to those who share a specific belief and nobody else. The same could be said about any genre of music, but Gospel rap tends to be filled with such strong propaganda that to a listener it may feel as he/she is being judged for any beliefs that they do not share with the artist.

Hailing out of Philly Cross Movement is a group of four MC’s who seemed poised to change all stereotypes and misconceptions about Gospel rap that have developed over the years. Their album “Higher Definition” contains all the elements of a good Hip-Hop album, shedding the label of Gospel rap in style, music, concepts, and emceeing.

Musically, Cross Movement’s beats are as hard as those found on any mixtape or retail album. From the driving and darker beats on “Civilian Affairs,” “Big Words,” and “Epiphany” to the party and R&B inspired tracks on “Redefined” and “Questions,” Cross Movement’s music is good from start to finish. They even go the Soul sample route on “My Life Cypha” using a gospel song to provide the vocal melody. The only thing separating Cross Movement from any other Hip-Hop artist is the topic matter as the beats would fit in with any current radio play list.

As emcees, the crew is very capable of capturing your attention and delivering verses that fit in with the theme of the song and entertain the listener. On “Civilian Affairs” the crew flips the soldier theme used by rappers but with God being the general. Conceptually, “Card Shark” is ill as the crew flips different cards in a standard deck as representing different pitfalls one can encounter in the world. From addressing materialism on “Jerseys and Fitteds,” tackling the perceived lack of morals in Hip-Hop on “Hip-Hop-cracy,” to the crew anthem “We” – Cross Movement does what it does well. Those used to the mediocrity of Gospel rap will be blown away by these rappers. Those who listen to Hip-Hop as a whole will be surprised at how well Cross Movement holds its own and doesn’t need to use God to be respected, their mic skills do that on their own.

The only problem with the crew, and what ultimately prevents them from getting even more praise is the topic matter. Some will say that it isn’t right to judge an artist based on what they choose to talk about, but religion is central to many people’s lives. Because of this it begs to be held to a different standard. You don’t have to be a gangsta to appreciate gangsta rap, and you don’t necessarily get offended when a rapper says you aren’t gangsta for whatever reason. But when religion is involved the attack can be very personal. Even if you do happen to believe in the same God as Cross Movement does, chances are you don’t meet their high moral standards and they make sure to let you know. They may not mean to come off as judgmental, but it happens on almost every track.

With emcees who are captivating and probably have an interesting life to tell us about, it’s a shame Cross Movement has to devote itself to Gospel rap. If they wish to only make rap for Christians and strong Christians at that, Cross Movement is the G-Unit of your local congregation, but they could be so much more. If they chose to tell us about their life experiences, their own love and respect for humans, and their own definition of what life is all about Cross Movement could possibly do a lot to infuse a positive force in Hip-Hop and change some lives. But the prerequisite of accepting a Christian God and following only one faith ultimately alienates not only non-Christians, but also those who, though they are concerned with living their lives right, would rather worship and believe on their own terms and time.

Don’t get it wrong, “Higher Definition” is a good record, but its overbearing religious theme may make you feel like you’re listening to a Jehovah’s Witness and not Hip-Hop artists.