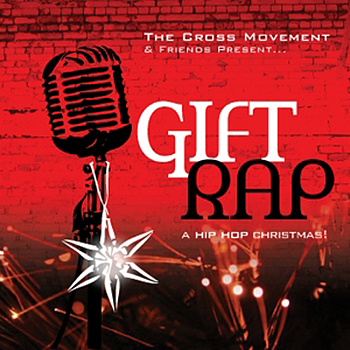 As I’m writing this, I’m sitting next to a moderately decorated Christmas tree whose candles have been lit three times since December 24th. It’s New Year’s Eve, and with every day that passes that tree is looking more out of place. Soon it’ll be time to chop some wood. So why would I want to review a Christmas CD, especially when I received it days AFTER Christmas? There’s nothing more inappropriate than belated Christmas presents, so to anyone reading this review and considering buying this CD, feel free to start Christmas shopping early this year, but stash that thing away with the decoration until ’tis the season again.

If you’re living in the western world, late December is an intense period, even for those who don’t feel like celebrating the coming of Christ because they happen to be of another faith or for any other reason. It’s something we apparently need (if not spiritually at least socially), as well as something our economy has come to depend on. Sadly, many people fear this particular time of the year. Some feel pressured to pretend that they’re getting along as a family, others are reminded of how lonely they are. Some won’t have any money left by the end of the year, others would rather see people be nice to each other all year round, instead of just for a couple of days. There’s certainly a lot to be sceptical about if you’re thinking about Christmas, its meaning and its purpose. Yet even though I’m of little faith myself and certainly have my doubts about a commercialized Christmas, it is a holiday that has been part of my life ever since I can remember. One of my very personal Christmas rituals consists of digging up my 12″ of Run-DMC’s “Christmas in Hollis” and listening to Darryl & Joe wish me “Merry Christmas and a Happy New Year!”

Which brings us to the subject of Christmas and rap music. In case you didn’t know, Kurtis Blow’s “Christmas Rappin'” was one of the very first rap records ever released. And who could forget the Treacherous Three and Doug E. Fresh performing their hilarious “Santa’s Rap” in _Beat Street_? The new school brought us Run-DMC’s contributions to the “A Very Special Christmas” charity compilations as well as an entire “Christmas Rap” album from Profile. Inexplicably, things went downhill from there. Controversial rap music moguls Luther Campbell and Suge Knight ruined the idea of a decent Christmas rap album with 1993’s “Christmas at Luke’s Sex Shop” and 1996’s “Christmas on Death Row” for years to come. Until today. Cross Movement Records gives us “Gift Rap,” a Christmas rap album from a Christian perspective, which, if you think about it, really seems like the most appropriate way to tackle this subject.

For us secular folks out there, Christian hip-hop is never an easy subject. Personally, I reject the notion of “holy hip-hop.” But there’s certainly spiritual hip-hop, and a whole lot of spirituality in hip-hop. And if someone decides to spread the gospel through rap music, that seems as good a motivation as any other. But what I’m looking for in hip-hop is originality, is passion, is professionalism. These are the concerns of my jurisdiction. Vague terms such as conviction and conscience are largely beyond criticism, although they certainly can influence an album negatively in more ways than one. In the case of “Gift Rap,” however, I would call said influence positive.

Keeping in mind that we’re dealing with Christian rap and Christmas songs here, some features just come with the territory. Sleigh bells. Sentimental moods. All that talk about Jesus. That’s expected. What’s comes as a surprise is how well the artists on “Gift Rap” manage to put a twist on the Greatest Story Ever Told. In “Tell You Why,” rapper Da’ TRUTH makes you feel at home like probably only Christmas can with impressions of “egg nog, it’s an acquired taste / call up some friends, the family’s by the fireplace / folks are minglin’, bells jinglin’, I can smell chestnuts roastin’, the aroma fills the entire place / (…) / candles are lit, children are unravelling gifts / givin’ grandmom a kiss / the night before this they couldn’t sleep / tryin’ to get a peek at what was under the tree.” Once the mood is set, TRUTH looks beyond the family reunions to remind us of the reason we get together: “I ain’t sayin’ nothin’ new, this is just a reminder / that the greatest gift of all / is the one that can’t be bought in the mall.”

If that sounds too simplistic, Tonic’s “Happy Birthday to Who?” takes a more sophisticated approach. In a everyday manner, with great acting ability and a humorous undertone, the rapper relates how we gets “invited to this birthday fling,” how he decides to check it out and gets on the trail of the mystery birthday boy. With Jesus being the main star of this show, it’s impressive how many ways Cross Movement & Friends find to bring him up. In “The King’s Speech,” British crew MOD put a spin on their country’s custom to have the queen outline the government’s legislative programm for the coming year. TRU-LIFE tells us of a “Different Kind of Christmas,” marked by the absence of a loved one. The tightest track overall has to be “Wisemen,” where Cross Movement act as modern day wisemen following the guiding star:

“Fading in the distance
the place where all of us faced a twist deeper than the 6th Sense
Wasn’t what I expected to see
someone as great as him living lesser than me
And truthfully we were blown away
by a King with no bling, just a throne of hay
Even shepherds had heard of him
Somehow they got word of him
Wisemen, herdsmen, all of us worshippin’
Anybody notice how the sheep and cow
seem to peek and bow to the sleepin’ child?
We went home a different way
not just geographically, but he impacted me, never forget the day
we got to sit back
and see God’s presence, a present – Gift Rap
And I hope you get that
cause when you got Jesus you don’t have to wonder where the gift’s at”

It is clearly Cross Movement’s aim to lure us in with familiar folklore to open our minds to the real cause behind Christmas. So we “don’t forget who it’s ’bout.” They take advantage of the fact that “Christmas is the perfect time for the rhyme to hip you to Christ.” In that regard, this ain’t no preaching to the choir. But just because this CD has a broader appeal than your average gospel rap doesn’t mean that Cross Movement make it easy on us. On “Invasion Day,” FLAME is almost as critical of contemporary Christmas as the Nation of Islam-influenced KAM was on “Holiday Madness” when he called St. Nick an “overweight redneck devil.” J-Silas makes a similar argument in “Read the Book”: “Stop worshippin’ Satan cause Santa Claus is his way to discredit Jesus.” The Rock Soul Entertainment artist is also the one to bring in a fresh breath of air when things start to get too cuddly: “I’m from the hood, y’all / No fireplace but I could smell the smog / (…) / And no, this ain’t your average Christmas song / cause Christ musta died for your sins – sing along.”

A very special Christmas indeed. If it was Cross Movement’s intent to blow the pagan glitter off Christmas, then they definitely succeed, while still leaving us the sights, sounds and smells that take us back to our childhood. Some songs may seem on the verge of being corny, but the professional flows and beats rarely let that happen. Last but not least this CD is suitable for children, even though they might relate more readily to the traditional, sung “On This Day” than the demanding “Love Does.” Still, “Gift Rap” has a little something for everybody, and that certainly includes us unsaved. “When I was young I used to want a lot of presents / but now that I understand Christmas, all I want is your presence,” raps Ambassador on “Came Down.” In his world, “Gift Rap” is both a simple present and the much greater gift of Christ’s presence. For achieving that, Cross Movement & Friends deserve props.