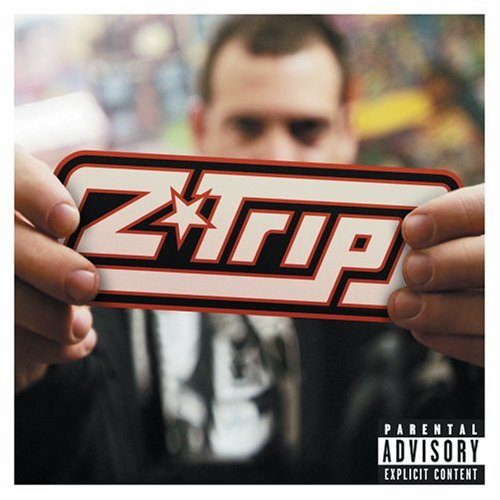 Though consumers keep complaining about the price of CDs, those of us who’ve been buying music since the days of cassette tapes and maxi-singles have seen definite progress. New releases nowadays go for 9.99 tops the first week, and every now and then you’re treated to CDs as low as 5.99 and 6.99. Granted, record labels only lower pricing on new artists who they feel are not worthy of more costly promotion, but these CDs many times turn out to be some of the best out. Case in point, Z-Trip’s “Shifting Gears,” priced at only 6.99 the first week out and with a list price of only 10.99 afterwards. Though this turntable magician probably has enough fans worldwide to push decent numbers without the added incentive, this slick marketing move eliminates all excuses for not picking up the album.

Oddly enough, Z-Trip’s album was mysteriously classified as “Rock/Pop” at my local Best Buy. But don’t be fooled by someone else’s mistake as “Shifting Gears” is packed with nothing but head-nodding, boom-bap rap and a healthy amount of turntable tricks. Z-Trip is known more for his mastery of the turntables and penchant for mixing music of different genres, but he lets those skills play the background and shows off his skill as a producer on his debut album. “Listen To The DJ” is a hyper track whose hard hitting snares, scratches, and heavy horn riffs bring back memories of The Bomb Squad in their heyday. “All About The Music” follows a similar formula with funky drum loops and simple but effective instrumentation. “About Face” is an instrumental track highlighted by a mixture of drum rolls and voice samples, it’s nothing too great but adds a nice break from the more party-oriented songs. “Furious” is another track with no emcee but features some swift cuts and scratches from Z-Trip. The emcees return on “Take Two Copies” with BusDriver riding on another fast-paced Z-Trip track. At this juncture it seems that Z-Trip favors hyper-party oriented joints, but he flips things in the middle of the album. “For My People” features Supernatural riding a more laid-back drum track with a subtle but funky bass-line. The heavy guitar licks on “Bury Me Standing” give the track a rock and roll feel, giving the album even more variety. Z-Trip uses melodic voices to structure the beat on “Breakfast Club,” giving the track a truly unique sound. The album ends with a mix of sounds on the tracks “Walking Dead,” “Shock and Awe,” and “Revolution (STR Parts 1 + 2).” Z-Trip provides Chester Bennington a mellow track to sing over for “Walking Dead.” Public Enemy’s Chuck D spits over heavy metal guitars on “Shock and Awe.” “Revolution” is an appropriate ending as it features the skill that made Z-Trip famous, ill mixing and a knack for mashing different genres together.

On the rapping side of things, all the guests included do their job well on the album. Soup of Jurassic 5 and Whipper Whip sound right at home over the party tracks “Listen To The DJ” and “All About The Music.” Supernatural reps nicely on “For My People,” giving the track a nice socio-political vibe. Murs and Supernatural turn out the albums best track on “Breakfast Club” as they rap about Saturday morning cartoons. Those performances are accompanied by solid showings from Chuck D, Lyrics Born, Aceyalone, Mystic, and BusDriver.

“Shifting Gears” is a solid album and more than worth the asking price. For some, the beats might get a little repetitive and blend into each other at times. The emcees also tend to stick to straightforward rap attacks, with nothing too innovative. But this simple approach by the producer and the emcees is what gives the album its edge. Z-Trip and all the emcees involved are concerned with only one thing, making good hip-hop. Absent from this release are the concerns with street credibility or bland attempts at radio or club hits. This simple approach produced an album that’s fresh, funky, and best of all affordable.