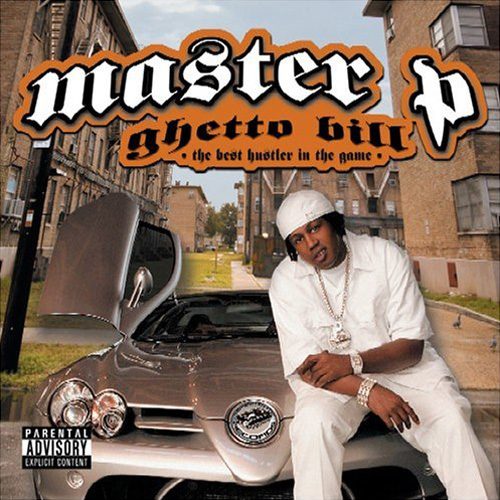 If you can’t give Master P credit for anything else, you have to at least acknowledge his longevity. After 14 years in the rap game and twelve records under his own name, Percy Miller is not only one of rap’s most venerable artists but one of it’s most prolific. Once you start counting groups he is a part of such as the 504 Boyz and TRU, and the numerous guest appearances he has made for other artists as well as those in his No Limit family, there’s simply no quit to be found anywhere in Master P. If last year’s “Good Side Bad Side” double disc release established anything, it’s that Master P is not going anywhere any time soon.

Unfortunately it seems as if Master P may be hitting a creative dry spell. While his content has always by his own admission been murderous and thuggish he still managed to interject some of his own charm and personality into it. His ghetto cry “unnnngggghhhh” became nationally imitated long before Dave Chappelle ever said “I’M RICK JAMES, BITCH.” Even though P toned down using the trademark in recent years he didn’t trade off his New Orleans wodie-fied style, not losing his spirit even when he had to restructure the No Limit label or his brother C-Murder got sent up to prison. Master P is not offering much for people to imitate on his new album “Ghetto Bill”; instead he is spending most of his time imitating other people’s shit. T.I. and Three 6 Mafia already had the Southern anthems for fly wheels on “24’s” and “Ridin Spinners” respectively. Necro had already done the quintessential old school LL Cool J parody on “I Need Drugs.” Combine the two concepts and what do you get? A lame single by P called “I Need Dubs” that really isn’t helped by a guest appearance from his son Lil’ Romeo.

When it’s not a bad concept holding the album back, it’s tired raps and overused beats that put P in check. Was there any reason to use the El DeBarge melody of “I Like It” one mo’ time on “It’s All Good” let alone have unknown singer Ashleeh on it? Her name and her vocals both come across as a hybrid of Alicia Keys, Ashanti and Aaliyah, with none of the talent of any. “Let Me See It” abuses the analogy of a woman’s privates being feline for the millionth time, and adding vocal samples of a cat crying doesn’t make it any more clever. Clever hooks are not to be found on this album, as “Feel Me” illustrates: “I won’t stop ’til they feel me dawg/they can’t knock a nigga hustlin, gotta kill me dawg.” Unfortunately the vocals of the song itself aren’t any better:

“You can find me on the block my nigga
Ain’t nuttin changed, still runnin from the cops my nigga
I feel like B.I.G. and ‘Pac my nigga
‘All Eyez on Me’ but I got this nigga
P. Miller shoes, camou’ top my nigga
I’m from the hood, so I’m strapped with 2 glocks my nigga
You wanna scrap but I don’t box my nigga
Black Sopranos up in here and you get popped my nigga”

You read that right – Percy Miller is so hard up for ideas he’s actually calling his crew (or possibly a new rap group he created) Black Sopranos. If you’re going to go that route you could at least name yourself after a real Italian crime family – Black Gottis or some such – instead of naming yourself after a fictional Italian boss. It only accentuates the idea that Master P is so far removed from the ghetto pain he used to connect his audience with that he can no longer articulate it accurately, especially when relying on simplistic rap skills. Speaking of which, he used to be able to rely on his No Limit brothers (figuratively and literally) for help, but now he has to call in outside talent like Slim Thug and Young Buck for hot tracks like “Shut it Down” and “Nappin'” respectively.

The only real highlight may be that P can still call up some able assistance behind the boards on production. Myke Diesel gives us a damn good Kanye West imitation on “Best Hustler” and provides some hot Indian rhythm on “Shake What Ya Got.” Drumma Boy proves himself able on the boards with the spooky sounding Southern bounce of “There They Go,” heavy with dark bass and pianoes on “I Ain’t Play’n” and capable of some Kanye-like production in his own right on “Love Hate.” Master P can still get by thanks to their efforts, but he’s slipping into becoming a self-parody. Hardcore Master P fans will like “Ghetto Bill” while casual listeners may question the fact he’s promoting a “Vol. 2” on the inside when volume one didn’t get it done.