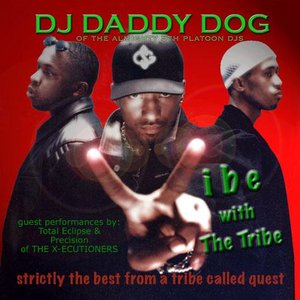 The world of the DJ has increasingly become divided with the growth of the art form. While DJs tend to do a little bit of everything, there has been a growing division between so called turntablists and regular DJs, who stick to simpler mixing, scratching, and rocking parties. For whatever reason, the average hip-hop fan tends to dismiss turntablists and is more likely to cop the latest Whoo-Kid mixtape than peep Q-Bert’s latest creation. Outside of the X-Ecutioners, turntablists don’t get much shine outside of their tight-knit communities of fellow DJs and fans. DJ Daddy Dog and his fellow 5th Platoon DJs are poised to change that with their voracious venture into the mixtape world. Though they have already gained worldwide respect for their accomplishments in the battle circuit, the 5th Platoon refuses to be pigeon-holed. From rocking parties to dropping dope old-school soul mixes, the 5th Platoon has slowly, but surely, been building a bridge between the commercial hip-hop world and the turntablist sub-culture. DJ Daddy Dog’s latest, “Vibe with the Tribe,” delivers on all fronts by providing dope music that any hip-hop fan can appreciate it while lacing it with his own unique flair.

One would think that a “Best of” mixtape featuring A Tribe Called Quest would have been done by now, but ATCQ has been neglected in the mixtape scene. Possibly looking to right this oversight, Daddy Dog has taken it upon himself to collect all of ATCQ’s gems and feature them on one convenient CD. On “Vibe with the Tribe” you’ll find all of your favorite ATCQ jams, from the classic “Scenario (Remix)” to ATCQ’s latest appearance on the “She Moves” remix. Daddy Dog made sure not to exclude any jam from all of ATCQ album’s and beyond. The content alone would make this mixtape worth coping, as you’d be hard pressed to find a better collection of ATCQ songs on one CD.

The fact that Daddy Dog collected all these tracks, making sure to include every ATCQ jam, would have been enough justify his name on this release, but Daddy Dog doesn’t stop there. The mixing between tracks on the CD is superb. You won’t find any annoying gunshots or sinister laughs to transition between tracks, instead Daddy Dog crafted the track listing as a DJ would approach a party, making sure tempos match up and keeping a consistent vibe from track to track. On top of all this, Daddy Dog adds enough scratching and beat-juggling to ensure the mix has his own signature sound. To be clear, Daddy Dog’s turntable tricks never take away from the music or distract the listener. Daddy Dog manages to do what every DJ strives for by giving the music his own personal touch, but still making sure to keep the focus on the music itself.

If all this wasn’t enough, included on this mix are two beat juggles from Total Eclipse and Precision of the X-Ecutioners and a DJ Daddy Dog blend of “1nce Again.” For those not familiar with beat juggling, the basic premise is performing tricks and scratches using two copies of the same record. Both juggles included are impressive and give the mostly straightforward mix a nice turntablist touch. DJ Daddy Dog’s “1nce Again” blend is also on point, mixing the vocals with instrumentals of “Scenario (remix)” and other classic tracks.

A “best of” A Tribe Called Quest would probably earn high marks based on its content alone, but DJ Daddy Dog’s personal touch on “Vibe with the Tribe” make it one of the best mixtapes this reviewer has heard. To put it bluntly, the only reason “Vibe with the Tribe” shouldn’t be in your collection is if you completely hate A Tribe Called Quest, and if that’s the case you really shouldn’t consider yourself a Hip-Hop fan.