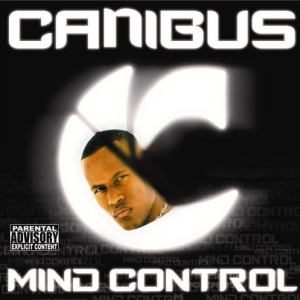 To be completely honest, researching the origins of this album is confusing as fucking hell. The back cover of the CD has a The Vitruvian Man” came as a complete fucking surprise too, so there’s no telling what he’s up to these days or who he’s really signed with – some say it’s Babygrande Records and some say otherwise. Regardless when the C man drops an album it’s an automatic cop because you never quite know what you’ll get – either some of the freshest shit you ever heard or a total dud. The fun is ripping off the shrinkwrap and finding out what you’ve got. And at least on the opening track “33 3’s,” Canibus is getting off to a hot start:

Not just some madman, but the Canibus man. The production on the track is type nice but the confusing liner notes don’t illuminate who laced it up – they just give some personal message to Canibus fans from a dude named Ricky Lee. Nevertheless the tracks run the gamut from the hard pounding “Canibus Man” to the R&B that’s reimagined on the “Mind Control” title track:

“Now don’t get it twisted, Canibus ain’t getting Jiggy with it
I’m just dumbin it down for a minute
Went from Jersey to A-T-L, but then I relocated
Out to Cali on some one-way shit
Bought a cheap ticket and split, I’m in coach sitting next to this chick
With some real voluptuous lips
She asked me if I can help her give her luggage a lift
After that, she wouldn’t shut up for the rest of the trip
She said she thought I looked familiar, but she never caught on
I started nodding off, she was talking so long
Put my headphones on, then I went to sleep
Reclined the seat, thought about rhymes and beats
I thought about how I spent so much time in the East
And how my mind was never at peace
In the streets if you wanna find that yellow-brick road
Paved with gold, you just gotta take control, come on”

Canibus still proves himself to be an excellent storytelling narrator as well as a punchline lyricist. Still “Mind Control” is not all gems. “Atlanta” sounds like Canibus trying to get down with some Screw style mixed with Three 6, and it really doesn’t fit. I have no idea what a “Gybaotc” is, and I doubt that anybody on the track does, but the intro seems to have something to do with a strip club. Some of the songs seem to be recycled from earlier songs that appeared on his old MP3.com site such as “Last Laugh,” while many will remember “Not 4 Play” as the song “Scrolls” from theFour Horsemen album. It’s hard to figure out who threw this album together, or why, or if they thought Canibus fans wouldn’t catch on to hearing the same songs again when they’re some of the most informed and highly active on or offline. Still with amusing songs like “Stupid Producers” and the strong words of the closing “Nobody” it’s still a worthwhile purchase. It’s just a shame that things have to be so cryptic and confusing when they could have been crystal clear. This will go down as an opportunity squandered – not a bad Canibus album, just one that’s half-assedly put together and released.